Our “foreign” correspondent in California, Leslie Eastman, has made a blog career of documenting the tarnishing of the Golden State by insane legislative and regulatory policies, most of which are rubber-stamped by Governor Jerry Brown.

But this week there were two astounding moments of sanity from the Governor.

Democrats are convinced that Donald Trump’s income tax returns are the key to the Russia collusion. I doubt that – the likelihood that there would be disclosures that would implicate some sort of collusion is slim to none. More likely, Trump’s returns are extraordinarily complicated and to make them public would expose him, his family and his business dealings to the type of harassment that liberals have perfected.

The California legislature, which is controlled by Democrats, passed a bill to require anyone appearing on a ballot to release income tax returns. That’s a movement that is taking place in some other states as well, a too-cute-by-half way to target one person, Donald Trump.

I would have expected Brown to sign it to much fanfare, but amazingly, her rejected it. The L.A. Times reports:

An unprecedented effort to force President Trump and other White House hopefuls to disclose their personal income tax returns was blocked by Gov. Jerry Brown on Sunday, who argued the plan would likely be overturned by the courts.

Brown’s veto of Senate Bill 149 put him at odds with legislative Democrats who insisted its mandate for five years of income tax information would help voters make an informed choice. In his veto message, though, the governor said the proposal could have led to other litmus tests for candidates.

“Today we require tax returns, but what would be next?” Brown wrote. “Five years of health records? A certified birth certificate? High school report cards? And will these requirements vary depending on which political party is in power?”

2. Rejects Attack on Campus Due Process

In a second moment of both clarity and sanity, Brown rejected legislation which would have enshrined in law the Obama administrations infamous “guidance” on how universities must handle sexual harassment and abuse cases. That “guidance” in the form of a “Dear Colleague” letter from the Department of Education Office of Civil Rights has resulted in widespread abuses in which the rights of the accused (almost always males) are subjected to campus kangaroo courts and precipitous administrative actions.

Today California Gov. Jerry Brown vetoed Senate Bill 169, which would have codified the Obama-era Education Department’s guidance for how college campuses should deal with sexual misconduct.

What’s more, he vetoed the bill on explicit due-process grounds. Accused students, guilty or not, “must be treated fairly and with the presumption of innocence until the facts speak otherwise,” he wrote in a statement….

The California legislature tried to ensure that schools keep doing things the old way. But as Brown noted:

Thoughtful legal minds have increasingly questioned whether federal and state actions to prevent and redress sexual harassment and assault—well-intentioned as they are—have also unintentionally resulted in some colleges’ failure to uphold due process for accused students. Depriving any student of higher education opportunities should not be done lightly, or out of fear of losing state or federal funding.

Given the strong state of our laws already, I am not prepared to codify additional requirements in reaction to a shifting federal landscape, when we haven’t yet ascertained the full impact of what we recently enacted. We have no insight into how many formal investigations result in expulsion, what circumstances lead to expulsion, or whether there is disproportionate impact on race or ethnicity.

Steven Hayward at Power Line notes that Brown’s statement pretty much aligns with what Betty DeVos said in announcing her suspension of the Obama guidance:

This is pretty much what secretary of education Betsy DeVos says about the issue, in moving to have a formal federal rule-making process about it. But the left is in full cry against her. I wonder what they’ll say now about Gov. Brown.

These moments of sanity from Governor Moonbeam are the exception not the rule over his multiple terms as Governor:

For the uninitiated, ‘Governor Moonbeam’ became Mr. Brown’s intractable sobriquet, dating back to his days as governor between 1975 and 1983, when his state led the nation in pretty much everything — its economy, environmental awareness and, yes, class-A eccentrics.

The nickname was coined by Mike Royko, the famed Chicago columnist, who in 1976 said that Mr. Brown appeared to be attracting “the moonbeam vote,” which in Chicago political parlance meant young, idealistic and nontraditional.

Nonetheless, somewhere a certain former Governor of California must be smiling about these moments of sanity by the once-former and now-present Governor. 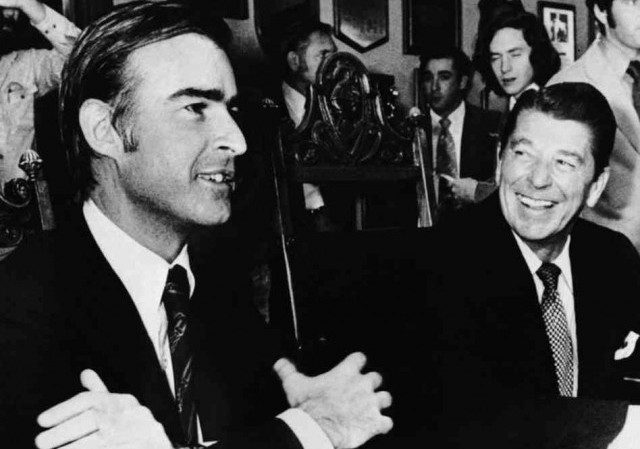 There…. got that out of the way…. now back on the progressive road to utopia! Do you think rational thinking was used to veto these bills… really? How many prog families have sons in college and know the score? How many prog politicians need coverage for their financial deals? These could cause collateral damage to them.

If Kamala runs as expected, Brown just shielded her tax return too.

Beat me to it

Beat me to it

The left wants to be able to demand the tax returns, not actually get them – if they actually caught that car they were chasing the letdown of actual numbers over innuendo would be disasterous.

Brown reminds me of a story about a man who had a flat tire next to an institution for the criminally insane. He sat down and carefully took the flat off, setting the lug nuts in the hubcap so they would not get lost, but when he came back with the spare, he stepped on the hubcap and the lugnuts went flying off into the grass.

After a fruitless search, he looked up to see one of the inmates leaning up against the fence, watching him.

“Take a lug from each of the other wheels and use it to attach the spare,” said the inmate. “That way you can at least limp to a service station.”

So the man did, and when he had all the stuff put back in the car, said to the inmate, “Thank you. I really didn’t expect to get such helpful advice from an inmate here.”