Reportedly removed from life support after being found unconscious 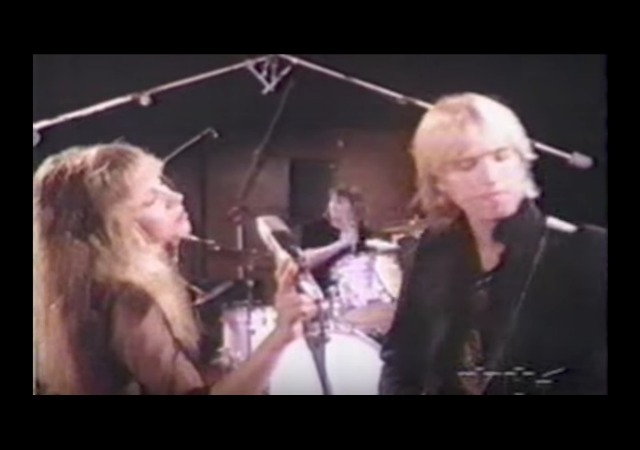 Earlier today we blogged, based on a report by CBS News, that rocker Tom Petty had passed away. As we and the rest of country later learned, thanks to Hollywood gossip rag TMZ, CBS News was wrong and while he remains in critical condition, Petty is still alive.

According to TMZ, singer Tom Petty, 66, was rushed to the hospital after being found unconscious and in full cardiac arrest. The report also indicates a decision was made to remove Petty from life support when he arrived at the hospital brain dead.

UPDATE: We’re told after Petty got to the hospital he had no brain activity and a decision was made to pull life support.

Tom Petty was rushed to the hospital Sunday night after he was found unconscious, not breathing and in full cardiac arrest … law enforcement sources tell TMZ.

EMTs rushed to his Malibu home and were able to get a pulse. He was rushed to the UCLA Santa Monica Hospital and our sources say he was put on life support.

Petty’s condition is unknown but was critical from the moment he was found.

Petty, who became famous with Tom Petty and the Heartbreakers in 1978 with “Breakdown,” is 66.

We’ve been in touch with numerous people from Petty’s camp and they are clearly upset but not talking.

All major news outlets reported the singer dead (confirmation we wait for and rely upon before running with any story or even parts of a story), but TMZ who broke the news of Petty’s condition now says Petty is still alive, but barely:

UPDATE At this time, Tom’s still clinging to life. A report that the LAPD confirmed the singer’s death is inaccurate https://t.co/bh8sqdvEw9 pic.twitter.com/drKY64eG1z

LAPD apologizes for confirming Tom Petty’s death (he’s still clinging to life per TMZ). This is a massive mistake!!!! pic.twitter.com/S7y5zgzRtj

Thanks to everyone for supporting us for the last 40 years! Without YOU, there’d be no US! #TPHB40 https://t.co/MrJg4dVJJp

Though it was reported prematurely, Petty did pass away Monday night. Statement from his family: 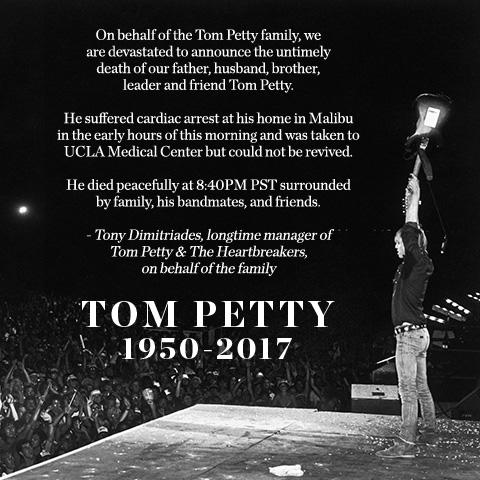 Mark Hemingway with a great post on Petty and his cultural significance.

One of my personal favs, being a huge Nicks, Fleetwood Mac fan:

RIP Tom, and an all too familiar occurrence as we get older, another heart ache for another loss — thanks for the momories.

He’s not dead. His furious daughter just posted on Instagram,blasting media for falsely claiming he is

I loved Tom Petty, he was an original, great music, seemed like an everyday kind of guy

Saw a list of the top 100 rock songs – it’s amazing how many Petty songs are there. Into the Great Wide Open, American Girl, Last Dance with Mary Jane – part of the soundtrack of our lives.

And everyone who worked with him and was around him said that he was one of the most agreeable, knowledgeable, and easy to get along with people in the industry.

I’ll hold onto memories of the guitar playing Rebel in the early 80s when he embraced the stars and bars with pride. Not so much the SJW he became after that.

He was one of the best. He will be missed

The summer of ’81 I was driving a freight truck in Florida for a summer job during college. I lucked out with an additional gig house sitting a beach house in Jacksonville during the week (the owner was there Saturday and Sunday). Tom Petty owned the beach house next door. There was a party going on all the time. I got to meet Tom Petty once as he was touring that summer. Meryl Haggard was there most of the summer and I got to see him and Roy Orbison do a jam session. That was the best summer of my life.

Hangin’ around for a last dance with Mary Jane? One more time to kill the pain.

In the CBS article, his last tour was exhaustively described. I don’t think drugs killed him. It was the physical toll on his aging body that took him.

I actually liked Petty’s turn in “The Postman”.

This is from CNN, so it may or may not be true:

“He suffered cardiac arrest at his home in Malibu in the early hours of this morning and was taken to UCLA Medical Center but could not be revived. He died peacefully at 8:40pm PT surrounded by family, his bandmates and friends,” Dimitriades said in a statement.

This is probably inconsiderate of me, but these conflicting reports remind me of the scene from Top Secret. “Let me know if his condition changes.”