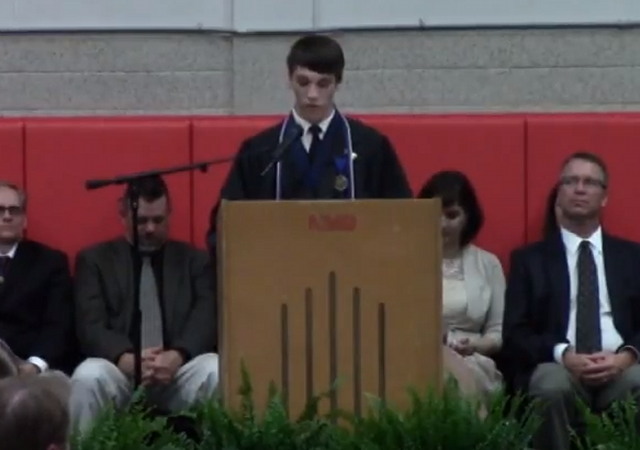 This young man shows there is some hope for the future. Give ’em hell, Nick!

Nick Davis is becoming a thorn in the side of the Ohio State University student government by not participating in the organization’s practice of putting his preferred gender pronoun on his name tag.

Davis, who started OSU’s chapter of Students for Trump, is a member of the Undergraduate Student Government’s General Assembly. Every student senator is given an official nametag that reads their name, position in the organization, and preferred gender pronoun like “He/him/his” or “She/her/hers.” Davis left the pronoun blank.

He went on to say that he just won’t play the university’s game of political correctness. “Universities used to be the beacon of free speech where differing opinions were valued and encouraged. Today, PC culture and ‘social justice’ culture almost encourages a uniform way of thinking. Campuses now try to make people with different viewpoints think they’re wrong and bad for thinking differently, when that’s simply just not true.”