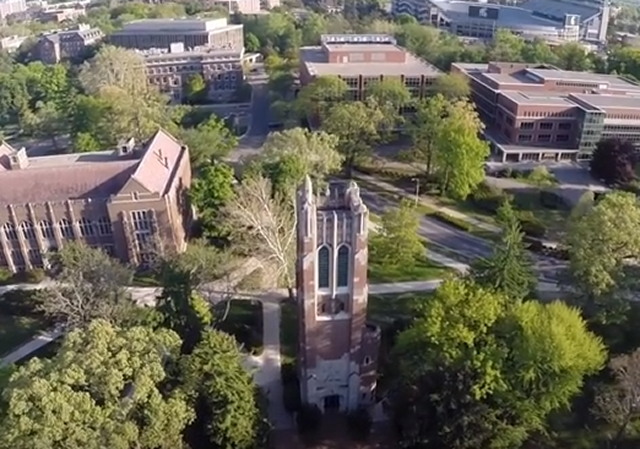 Do you ever get the sense that some college students think they’re living in 1940? Who looks at shoelaces and sees a noose?

What was perceived to be a noose found outside a Michigan State University student’s dorm Wednesday morning turned out to be leather shoelaces, school officials said.

Campus police began investigating the incident after a student reported that she discovered a noose hanging outside of her dorm room, MSU President Lou Anna Simon initially said in a statement.

They tracked down the student who had lost both shoelaces, which were “packaged in a way that someone could perceive them to look similar to a noose,” Cody said in a statement.

That student lives on the same residence hall as the student who originally reported the incident, he said.

The shoelaces were first found on a hallway floor. Police believe someone picked them up and then placed them on a stairwell door handle, according to the statement.

When your life is dedicated to finding grievances, both real and perceived, anything is possible. Gotta watch out for that evil racist Thom McCann!

When did actual nooses become racist anyway? Hanging to this day remains the iconic form of execution in the English language, standing in for execution by any means. Surely a noose says nothing more (though usually much less) than “you ought to be executed”?

Terrific … a college kid is incapable of telling the difference between a noose and shoelaces. How the F does a diaper wearing kid like this even begin to qualify for college …