“This can’t be accidental.” 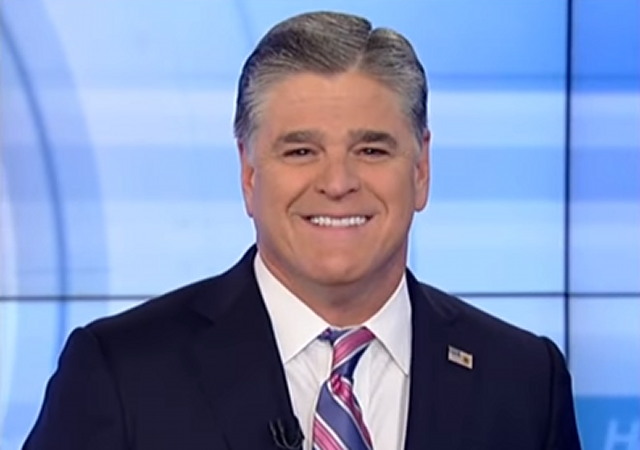 Newsweek published an article this week which took direct aim at Irish Americans. Who knew Irish-bashing was still alive and well in the 21st century?

The author of the piece is named Van Gosse and teaches history at Franklin & Marshall College. He’s not kidding, either. He obviously sees this as a serious problem:

Why Are All the Conservative Loudmouths Irish-American?

Just as they used to play an outsize role in the Democratic Party’s apparatus, and in organized labor, putative Irishmen are now the face of the hard Right.

Once the biggest names, faces, and voices on television were Huntley and Brinkley, Cronkite, Murrow, even John Chancellor and Dan Rather, all sober, serious Americans—and all Protestants too.

Now we have angry loudmouths with names like O’Reilly, Hannity, Buchanan, and, lurking back there with his Cheshire smile, the dissolute but scary Bannon.

Yet no one has noticed this obvious fact, and the sheer lack of attention may be the most important thing about it. Why has the ascent of a bunch of people who in an earlier period might have been called Micks drawn no notice at all?

I write from a distance. I have one Irish-American grandparent: John Edward Mahoney, a Boston Latin graduate who went to Harvard paid for by an anonymous Brahmin. He died very young in 1931. My father met him only once that year and never acknowledged himself as Irish at all; by then, his mother had changed his name to hers, the Yankee Gosse. Otherwise we’re overwhelmingly Anglo-Dutch Protestants, born and bred…

What happened to Irish America, that closed, intense world I know mainly from movies and books? How could I make sense of its drying up and blowing away, unmourned?

Here’s one version of its disappearance. At some point since 2000, I noticed that the right-wing chorus pontificating from screens in bars and shops was filled by men with names like Hannity, O’Reilly, and Buchanan. Nobody else seemed to care, so I let it go as one of those oddities that interested only me.

Then came Bannon’s ascension as Trump’s eminence grise , and it seemed impossible to ignore. This can’t be accidental.

Let’s pause all of the Hibernian outrage to point out a fundamental fallacy in this comparison. Dan Rather was sober and serious? No, wait, that’s not the fallacy I mean. Gosse sets up a comparison between network news anchors and explicit opinion journalists and activists. It’s an apples to oranges comparison. If Gosse still wants to see broadcast news, he has a choice between non-Irishmen like Bret Baier, David Muir, Lester Holt, Wolf Blitzer, and new CBS anchor Jeff Glor. All of them seem like sober Protestants, but … you never know. Lester Holt might be a crypto-Irishman. Otherwise, we micks have really fallen down on the job.

This also caused a stir on Twitter. Via Twitchy:

How in the world does Newsweek think this is ok to publish? https://t.co/LgwIztHDwe

Go ahead, try it: “Why are all the [insert political label here] loudmouths [insert ethnic group]?” https://t.co/RQMhNgoMBS pic.twitter.com/lnaAgVLN0Z

Beyond the insipid thesis, Newsweek has fallen apart if they have to scrape content from other weblogs.

This is pure unadulterated bigotry against one of the most historically oppressed groups in the world. Asinine. Shameful. Disgusting. pic.twitter.com/iYhbq3Qtta

Newsweek is on the “I can think of 5-10 examples of a thing in a country of 330 million people, it must be a trend I can write about” train. pic.twitter.com/kBuy1fZbCu

Jim Geraghty made the best point. Insert any other group and this essay never would have seen the light of day.

about 50 years ago i was a subscriber to that rag.
was known as newsleak.

zines have fallen precipitously and now publishing anti-(fill in the name) is about the only way that they get eyeballs.

Irish-Americans should be proud to be a target of this mental asswipe screed.

So at Franklin and Marshall, apparently, Irish need not apply.

Newsweek is really grasping & trying to stay relevant. I haven’t read anything from that magazine for 25 years until last week, Drudge had a link to their “hackable bluetooth buttplug” article. The comments were classic ????

The comments were classic 🙂

I can’t wait to start accusing people of Hibernophobia.

Hibernia was the name given by the Romans. I have read that the Romans had their own issues with cultural biases against non-Romans.

Now let me get this straight. The old generation of newsreaders were
Protestant but the new Conservative talking heads are (apparently) Not Protestant, they’re Irish (stereotype much?) and that’s bad. Also, they’re loud and this is apparently also a bad thing.

My Catholic grandmother, who was half Irish and half Scottish, would have had a few choice words to say to this idiot.

I wonder what the demographics are at Newsweek.

What’s up with all of these loudmouth conservative Irish-Americans?

Simple, they got sick of being Democrats.

You know, some of us Irish were Republicans as far back as the birth of Republican Party. In fact, a famous Irish named co-founder of the Republican Party has the same family surname I do. ( don’t think we were related, though ).

I had ancestors that fought in the Revolutionary War, War of 1812, the Civil War, and WWI.

And, almost all of my Ohio Irish surnamed ancestors were die-hard Republicans.

That is why I call myself LegacyREPUBLICAN.

Finally! My turn to be a put-upon “minority”. As a newly-minted victim, can I get food stamps? How about hiring preference? Oh, wait! I’m retired… bummer.

I was surprised that Newsweek actually still existed…

The left/progs, or what ever terms you want to call this trash, can’t think/say ANYTHING that is NOT designed to cause hate and divisiveness !

straight white male goyim: the only ethnic/religious group that can be officially discriminated against…

Are they including the “Loud-Mouthed Kennedy’s” in that?

I have a copy of a 1930 census page that shows that 3/4ths of my paternal great-grandparents were born in the “Irish Free State”.

So, I object to use of the derogatory M-word. And, I also object to all those people who culturally-appropriate my heritage and wear green and get drunk on St. Patrick’s Day. I stopped wearing green on March 17th, telling people that I am Irish all-year long, not just for one day.

But, being Irish-privileged, what’s a seven course Irish dinner? A: a six pack of Guinness and a potato. 😉

About Irish food – corned beef and cabbage is an American thing, not Irish.

On a tour to Ireland, we were offered salmon many times, so many that we told the cruise ship not to offer it again! But, salmon is an Irish food. http://salmonireland.com/

And, while coming into a harbor, we saw buoys all in a row, indicating some type of farming. While we were ashore visiting something, the chef went ashore and discovered that it was a mussel farm. Our post tour/happy hour talk was a discussion of mussel farming with a wonderful and bountiful sample of Irish mussels. They were so popular, that the chef had them available for happy hour for the rest of the trip. http://www.irish-mussels.com/a-qualitative-choice/irish-expertise/

My experience – best and heartiest breakfasts in the world; and later in the day, salmon and Guinness!

The left refused to even try to be colorblind, and instead indulged in reverse-racism. Only, it’s turning out there wasn’t much “reverse” about it; it was just racism.

What despicable people progressives are.

I can’t believe this was actually published on anything other than a satire site.

As opposed to all the loudmouths from every ethnicity in the Democrat Party.

One cannot lament the Irish-Americans without lamenting the state of the American Catholic Church, which desperately strives to be American Protestant, and now with the backing of Pope Frankie, who says anything that comes into his lame brain, and verges on what used to be called “Heresy!”

The Left’s racism that that have bundles all “whites” as “supremacists” easily elide the social and political persecution of Jews, Irish and Italians, former supporters of the Democratic Party. It doesn’t fit their historical ignorance and prejudice against early immigrant Americans, because they are spent as Democrats voters.

Notice how he didn’t mention a pair of rather well-known gents of Irish ancestry — Father Coughlin and William F. Buckley Jr.
Mustn’t have fit the narrative.

When is their “Whats with all these black loudmouths” story coming out?