Mississippi School District Pulls “To Kill A Mockingbird” For “N-word”

Mississippi School District Pulls “To Kill A Mockingbird” For “N-word” 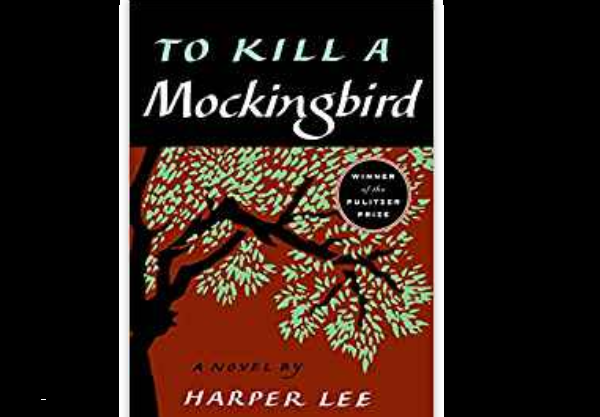 The Biloxi school district has pulled Harper Lee’s To Kill a Mockingbird from its 8th grade syllabi because it contains the “N-word.”

This kind of thing drives me straight up the wall.  What on earth makes the left think that hiding, banning, and otherwise destroying our nation’s history and culture will achieve anything positive or good?  Not only do we need to know where we came from to know how far we’ve come as a nation, but we also need an historical and literary reference for some of the left’s politically-correct mandates.

Black rappers, athletes, comedians, politicians, pundits, et al. are the only ones who can use the “N-word” because they are “reclaiming it” and “taking back its power.”  That’s all well and good, but we’re raising a couple of generations who will have no idea from what they are reclaiming the word or what its power once was and why it needed to be taken back in the first place.

Don’t expect them to get any context from Huck Finn or To Kill a Mockingbird.

The Biloxi School District got complaints about the wording in “To Kill A Mockingbird” — an American classic being taught in 8th grade English Language Arts classes — and pulled it from the curriculum.

Kenny Holloway, vice president of the Biloxi School Board said, “There were complaints about it. There is some language in the book that makes people uncomfortable, and we can teach the same lesson with other books.

“It’s still in our library. But they’re going to use another book in the 8th grade course.”

This is not the first time this Pulitzer Prize winning novel has been pulled from K-12 syllabi.  It was pulled from a Virginia school last year.

The Los Angeles Times reported at the time:

A school district in Virginia has pulled copies of Harper Lee’s Pulitzer Prize-winning novel “To Kill a Mockingbird” and Mark Twain’s classic “Adventures of Huckleberry Finn” after a parent’s complaint.

The Accomack County school district is considering banning the books from the county’s schools outright, following a complaint from the mother of a biracial high school student over the use of the N-word in the novels.

The mother, Marie Rothstein-Williams, said she believes the books are “great literature,” but said at a school board meeting, “There is so much racial slurs in there and offensive wording that you can’t get past that, and right now we are a nation divided as it is.”

The racial slur in question appears more than 200 times in “Huckleberry Finn,” Mark Twain’s 1884 satire about racism in pre-Civil War America. The novel frequently appears on the American Library Assn.’s yearly lists of the country’s most challenged or banned books.

The N-word is used almost 50 times in Harper Lee’s “To Kill a Mockingbird,” a 1960 novel about anti-black bigotry in the midcentury American South that has been a staple of school syllabi for 50 years. Lee’s novel has also been subjected to challenges in schools many times since the book’s publication.

Rothstein-Williams said the books’ use in schools would teach children that using the racial slur was acceptable.

“We’re validating that these words are acceptable. They are not acceptable,” she said. “We will lose our children if we continue to say that this is OK, that we validate these words when we should not.”

There is so much wrong with Rothstein-Williams’ statement that it’s hard to know where to start.  Reading a work of literature does not mean we, as teachers or as society as a whole, condone every word and action in the text or that our students should mimic the characters in a literary text.

Following this logic, we can’t teach Willa Cather’s “Paul’s Case” because our students will think committing suicide is okay (ditto Romeo and Juliet), we can’t teach Toni Morrison’s Beloved (it, too, contains the “N-word”), we can’t teach much of the Ernest Hemingway canon or we’re glorifying war (ditto much Greek drama and most epic poems), we can’t teach . . . any meaningful literature because good literature tackles the human condition in all its variances.  And nothing is more disgusting and repellent to the left than that.

They’re so busy trying to sterilize history, to remake and perfect humanity, that they forget that humanity’s foibles, prejudices, cruelties, and sins are just as important as our goodness, our generosity of spirit and boundless capacity for good will, our ability to be selfless, and our need to love and be loved.

Without the former traits, the latter are all but meaningless.

This is a great commentary on what the Democrats and Leftists really are all about.

“YOUR TIME IS UP!” Tomi Lahren goes BEASTMODE on Hollywood Celebrities & Harvey Weinstein

Let us all remember. This is never about what the Leftists (Democrats) lie and say it is about.

This is always about CONTROL.

Walker Evans in reply to notamemberofanyorganizedpolicital. | October 14, 2017 at 5:26 pm

“The LEFT is EATING ITSELF!!!!!!!!!!!!!!!”
.
.
I beg to differ. In this case, and others like it, they are chewing up and spitting out OUR history and cultural heritage and we all need to pressure them to STOP! If they wish to deny our common heritage they may, for themselves, but they must quit their efforts to destroy it altogether.

Fuzzy is paraphrasing Robert Heinlein’s Job in her last sentence: without the negative traits/experiences for contrast, the positive, joyful ones become meaningless.

Awesome reference, Walker. I was actually thinking of Milton. The idea is the same, we cannot know and appreciate the good if there is nothing against which to weigh it.

It’s an idea that was also expressed by St. Augustine. It’s not new, but it holds as true now as it ever did.

This does more than drive me, up a wall. It literally drives me to tears which I’m now looking through as I type.

Is there any word in the English language that cannot be said anymore except by the letter it starts with? The F word is heard all over the place. No one cares. But the N word? Greatest language sin of all time. I noticed this transition from “bad word” to “100% unmentionable word” began with the first OJ trial.

For the record I do not say the N-word, do not condone it. But if a word butchers you to your core, that says more about you than the word. Language needs its filthy words. Sorry, my pansies. However, if you say them too much they become meaningless. Then were do you turn for such expression? If you outright ban them, that leads to greater bans down the road.

The banning of the N-word has led to the banning of books. What’s next? I don’t know. All I know is that it won’t end well if we allow this nonsense to continue.

The last two paragraphs of FS’s post are perfect.

notamemberofanyorganizedpolicital in reply to Colonel Travis. | October 14, 2017 at 6:16 pm

A good friend was a sixth grade English teacher. She continued to use Twain’s books in her class, but she used one class session to discuss words, why they were used in the context and show how they can hurt in today’s environment. If she read any passages aloud, she would not say the word, just a “hmm” as a substitute.

I don’t think she had any issues with parents.

A good teacher uses the text to initiate discussions about the “objectionable” things – including words that people object to. That is part of analyzing a work of literature.

But then these days good teachers are not as common as they once were. Even 25 years ago when I was last in college a full 25% of the Education majors at the school I attended – one of the oldest and most prominent Schools of Education in the country – entered college needing to take Remedial Math 1 and Remedial English 1. meaning that they couldn’t function at a third grade reading level. Needless to say, even four years of university education didn’t change these folks into critical thinkers.

The Biloxi school system needs to be purged of its non-readers. That includes the administration and the Board.

notamemberofanyorganizedpolicital in reply to Valerie. | October 14, 2017 at 6:19 pm

Definitely start with those government bureaucrats.

The trauma around the N-word ( I can’t even type it is so Powerful) has gotten ridiculous. How could we ever think that banning this word changes anything quite frankly.

I’d expect them to remove “The Sound and the Fury” for the same reason, but I doubt if even the teachers in that school are able to read it.

Surely there’s a statue of Harper Lee somewhere that can be torn down!

…because students wouldn’t dare read a book that has been banned.

I don’t know that this is so much a symptom of politicization of education as it is of LAZINESS; when a school receives a complaint, it is simply much easier to remove the book from the reading list than it is to defend it’s inclusion. This is what we get for allowing our K-12 system to cement itself into a monolithic bureaucracy. This why we see high school LITERATURE classes (which, in order to keep the slowest student “included” may read only 4 novels IN A SCHOOL YEAR) adding books like “Twilight” to their reading lists.

The state of our public education system utterly sickens -and terrifies – me. The ray of hope that I see is the number of parents rejecting the system and choosing alternatives, including homeschooling (my choice.)

At a minimum, students will be unable to access most works that are not contemporary, as few works of the past can be expected to be fully compliant to an ever-shifting PC. The consequence can only be a case of “presentism.” For it’s true, the past is a foreign country and people did do things differently then; nonetheless, they were as human as we.

Ultimately the consequence is a loss of perspective and an inability to recognize anything that’s not shiny-new and fully contemporary. Of course there will always be histories but these, too, will have to exclude most primary sources (“you wouldn’t understand, and besides someone might get upset!”) and will be able to present the past only as something best forgotten and never, ever on its own terms.

As for literature, we’ll be left with “the Disney version,” badly written textbook-pablum that upsets no one as, despite whatever other flaws it may have (and they are many) it will be fully PC-compliant.