Catholic-Conservative CSU and leftist Green Party at loggerheads over immigration 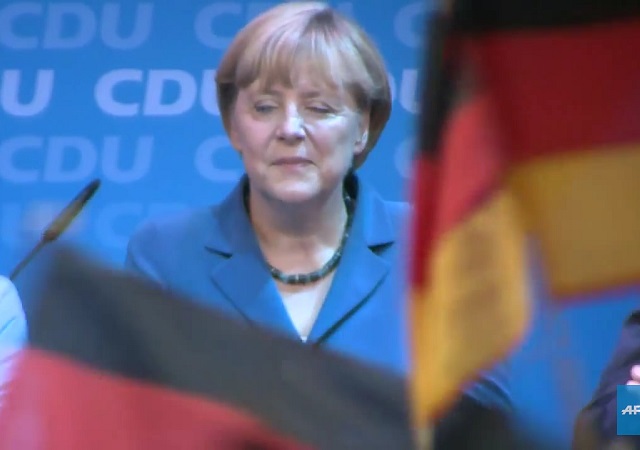 More than a month after the parliamentary election, Germany’s Chancellor Angela Merkel is struggling to form a coalition government. Merkel’s conservative CDU party, which won 33 percent of the vote, will need half of the seats in the German parliament to build a ruling coalition. With her previous coalition partner, the Social Democratic Party (SPD), deciding to sit in the opposition after posting its worst result ever at 20 percent, Merkel is hoping to rope in the libertarian Free Democrats and ecological Green Party to reach the 50 percent mark.

Merkel’s Migrant Policy remains the biggest issue of contention. While both the Free Democrats and the Greens support an open door policy for immigrants, the dissent is surprisingly coming from Merkel’s Bavarian sister party, the Christian Social Union (CSU). Having lost ground in Catholic-majority Bavaria region to the right-wing newcomer AfD party, the CSU wants Merkel to commit on a limit of 200,000 migrants a year. Merkel has given assurances to stick to a ‘soft refugee cap’ in line with the CSU’s demands, but has refused to make any binding commitment on the matter.

Merkel’s negotiating position has been weakened by a small but vocal rebellion within her own party calling for a return to conservative values and a tough stance on unregulated immigration. “Conservative Christian Democratic parliamentarians demand a clear policy shift in the Asylum and Migration Policy following a catastrophic result in the Bundestag election,” comments the German newspaper Westdeutsche Zeitung.

“German coalition talks stumble on migration,” noted Reuters news agency earlier in the week. “Immigration was the most divisive topic, with many conservatives keen to take a harder line after blaming their election setback on Merkel’s decision to open Germany to more than a million mainly Middle Eastern migrants in 2015 and 2016.”

“Four German political parties”, German broadcaster Deutsche Welle writes, “are now in their third week of talks to form a government. They disagree about more things than they agree on.” The broadcaster further reports:

Monday — over a month after Germany’s elections — marked the beginning of the third week of exploratory talks on the makeup of what would be Angela Merkel’s fourth coalition government.

These talks are the informal precursor to the official coalition negotiations. In other words: As the chancellor and many other leading politicians had predicted, there is still a long way to go before she can sit at a table with her new cabinet and sign a coalition contract.

Germany is now outside its political comfort zone. Although a coalition of the Christian Democratic Union (CDU), the Bavarian Christian Social Union (CSU), the Free Democratic Party (FDP), and the Greens has been run more or less successfully at the state level once before, the Jamaica coalition — so named because of the parties’ respective colors: black, yellow and green — has never been tried at the national level.

After years of considerable friction, the two leading conservative parties, the CDU and CSU, agreed to impose a “soft limit” on the number of asylum applicants that Germany would accept annually, even though this presents some considerable legal questions. The only trouble now is that both of the other potential coalition parties, the laissez-faire FDP and the Greens, are against such a limit.

The Greens and the Free Democrats are pushing for family-reunions for asylum seekers who recently entered Germany. A move bitterly opposed by the CSU.

Besides the contentious issue of immigration, the Green Party’s radical ecological agenda also threatens to bring down the coalition talks. The party, which has its origins in the Marxist-Maoist agitations of the 60s, wants to cut Germany’s carbon emissions drastically by banning diesel cars, phasing out the combustion engines and closing all coal-fired power stations. If implemented, these measures could have devastating impact on German industry and commerce.

While Merkel aims for a coalition deal by Christmas, she will have a tough time keeping the conservative Catholic CSU and the leftist Green Party in the same tent for the next four years. If, however, Merkel fails to reconcile the differences within her own camp, the country will head for a fresh elections. In both of these scenarios, the right-wing AfD party could turn out be the biggest winner.

It would be so heartening to see new elections.

It would also be heartening to see Mutti Merkel put in prison as a threat to their national security.

Also, refugee crises (recharacterized by “progressive” religious and non-profit organizations), trail of tears (suppressed by the mainstream media), and “anti-war” pro-war #protests, to create an illusion of “clean” wars.

This ship has left the port, never to return:

With the wide discrepancy in birthrates between Europeans and Muslims , in a few decades, Western Europe, from the Mediterranean in the South to Southern Scandinavia in the North, and from the Polish border in the East, to the West of Great Britain, will have a majority Muslim population.

We in the US, are a little behind in this effort of Western Man to obliterate himself, but not by much: California is actively and with “enormous success” reaching for that goal, and the rest of the country will follow, inevitably.

Angela Merkel, working vigilantly to do what even Hitler couldn’t: destroy Germany. Socialism is a scourge upon the earth. It seems to lead directly to suicide.

There is no sanity left. Merkel has flooded Germany and the rest of Europe with generations of dependents and malcontents, who will trigger chain migration with more of the same in a few short years when they are naturalized.

Yet they elected her, and but for our Electoral College we would have elected her sister..
The Founders can only save us from ourselves for so long. That length has mostly run out.