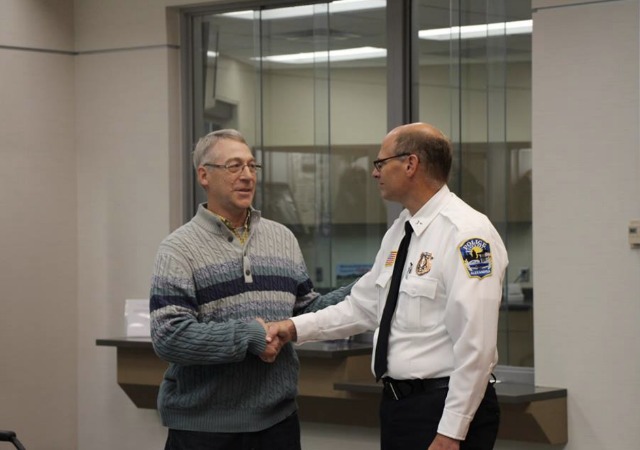 There is good in this world and it’s worth fighting for. People like Earl Melchert gives us hope for humanity. Not only did he save a kidnapped girl, but he gave her the $7,000 reward he received for finding her.

Melchert went home on the afternoon of September 5 to retrieve a diesel can to fill so he could mow his yard. But when he got home he noticed something out in his field in Elbow Lake, MN. From The New York Times:

“I thought at first it was a deer,” Mr. Melchert, 65, said in an interview on Saturday.

What he saw, it turned out, was 15-year-old Jasmine Block, who had disappeared on Aug. 8 from her home in Alexandria, Minn., about 30 miles from Mr. Melchert’s home.

“I could make out her face, and I went, ‘Oh my gosh, this is the gal from Alexandria that’s been gone for 29 days,’” Mr. Melchert said. “It’d been on the news, it’d been online. It went national. It was on posters, in stores, her face, her picture. Right away I recognized her.”

She had escaped from a nearby abandoned house, where three men who abducted her had kept her for the previous few days. After knocking on the doors of several homes and not getting any responses, she swam across the lake near Mr. Melchert’s property to get to his house.

Continue reading the main story
The details of Ms. Block’s ordeal emerged soon after: She had been at home alone when she encountered Thomas Barker, 32, outside her house. He told her he needed help with a family situation, Richard Wyffels, the Alexandria police chief, said at a news conference. Mr. Barker was a family acquaintance, Chief Wyffels said, so Ms. Block agreed to accompany him in his car.

When the two arrived at Mr. Barker’s house, he restrained Ms. Block with zip ties, and for the next 29 days, Mr. Barker and two other men, Joshua Holby, 31, and Steven Powers, 20, sexually and physically assaulted her and threatened her with weapons, the police said.

Melchert immediately put her in his truck and drove her to the police. On the way she spotted the car driven by one of her kidnappers. This information led to their arrest.

Everyone has heaped praise onto Melchert, who has insisted he did the right thing and was happy to help. Of course, Jasmine’s mother was excited to meet the man who helped her daughter. From The Pioneer Press:

It was the first time Sarah Block had met Melchert. She thanked him and the Alexandria Police Department.

“You guys will forever hold a place in our hearts,” she said.

Of Melchert, she added that she and her family view him as a hero.

“I’ve been waiting to meet him,” she said. “He’s really a hero for us. We wanted to thank him. … He didn’t have to help her and he did. He risked a lot of things and put himself in danger.”

The police department presented him with the money on Friday, but he immediately gave it to Jasmine and her family:

“The reward money means absolutely nothing to me,” said Melchert as he addressed Jasmine and her mother, Sarah. “I want to present this money to you and Jasmine. You guys deserve it.”