Will hire an additional 1,000 people to review ads 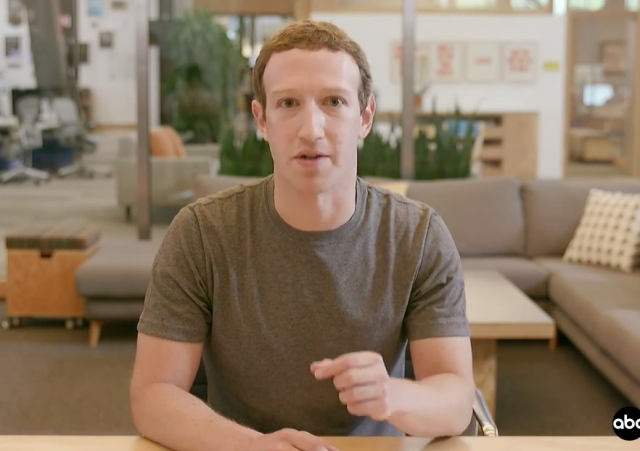 Caving to pressure from Capitol Hill, Facebook is releasing some 3,000 possible Russia-linked ads to Congress who has been investigating alleged Russian interference in the 2016 election.

When the ads will be turned over to Congress has not yet been made clear. As part of the announcement Monday, Facebook also indicated plans to beef up their ad review staff by hiring an additional 1,000 people.

Facebook appears to be bending to recent pressure for more transparent advertising practices, announcing Monday that users will have access to ads on the platform even if they’re not in the target audience, according to a company statement.

The company also said it plans to hire 1,000 more people to better review ads, and will turn over 3,000 ads to Congress that the social network says were likely bought by people in Russia in the months before and after the 2016 U.S. election.

Last month, in response to calls from U.S. lawmakers, Facebook Chief Executive Mark Zuckerberg pledged to hand over the ads to congressional investigators who are looking into alleged Russian involvement in the U.S. presidential election, but he had left the timing unclear.

The company has also so far declined to release the Russia-linked ads to the public, and it’s unclear whether it will as part of this new announcement.

Facebook, the world’s largest social network, has become a primary platform for internet political ads because it has a wide reach and gives advertisers powerful targeting capabilities. For that reason, it may possess valuable clues for U.S. investigators.

Facebook said on Sunday it would provide to Congress copies of the ads it has found, as well as related data such as whom the ads were targeted at and how much each ad cost.

The materials would be turned over to the intelligence committees of the Senate and House of Representatives, and to the Senate Judiciary Committee, Facebook said.

After it was revealed Russian-interested parties purchased ads on the social media behemoth in an attempt to meddle in U.S. affairs, Facebook promised greater transparency in their ad selling process. CEO Mark Zuckerberg livestreamed the company’s plan to address political ads a few weeks ago.

Twitter told lawmakers it found some 200 accounts linked to the same Russian groups that bought $100,000 worth of ads on Facebook to sow political unrest and manipulate U.S. voters during the presidential election.

The Twitter accounts, which were taken down over the last month, were linked to 470 accounts and pages that Facebook traced to the International Research Agency, an entity known as a troll farm that unleashes fake social media accounts to stir controversy and conflict.

You would think that they would have ended the baby hunt after the third trimester. They are well past the Chosen moment of viability. Even progressive liberals would fear to tread on this ground.

What was that ending statement I heard on that video clip?

“Facebook promises to deliver another 3000 newly made Russian Ads as soon as they’re finished Cooking.”

So they can weed out 200 Russian accounts that bought ads (which really supported Hillary), but they can’t track Islamic radicals organizing and planning on Facebook?

I wouldn’t believe a thing they hand over

If there was anything that would hurt Trump in that batch of ads, it would have been leaked, released, whatever 9 months ago. The fact that it hasn’t been is just about proof that it is all going to be Jill Stein, Bernie Sanders, and Black Lives Matter ads.

Amusing that not even the Russians took Gary Johnson seriously enough to throw any money his way.

notamemberofanyorganizedpolicital in reply to Tom Servo. | October 2, 2017 at 7:42 pm

A few trillion to the trillionth power of what you said Tom.

If there was anything, don’t you think after beating the bushes (with actual Bushes) for about 30 months it would have popped up like Ted Kennedy in the Chappaquiddick water?

Zuckerface is going to find those strawberries, dammit, if he’s gotta spend his last billion dollars to do so.

notamemberofanyorganizedpolicital in reply to tyates. | October 2, 2017 at 6:09 pm

So, the amorphous charge of “hacking” has now degenerated to the equally amorphous accusation of “meddling”.

An undefined and unlikely—but at least vaguely menacing—plot is now just a matter of free speech.

I want to see the ads. They are putting out just a whole lot of sizzle over this. It makes me wonder just how much steak is involved, if any.

notamemberofanyorganizedpolicital in reply to Valerie. | October 2, 2017 at 6:12 pm

Found one for you Valerie!

3,000 ads possibly connected to the Russians. Well, this should keep the conspiracy theories going until the 2020 election!

A photo of this guy elicits the same bad gut-reaction as a photo of either obama, or hillary clinton.

notamemberofanyorganizedpolicital in reply to TheFineReport.com. | October 2, 2017 at 7:40 pm

If only the Winklevoss twins that Zuck screwed had won Facebook in the lawsuit also. They won against Facebook and received $65 million.

What’s the big deal, and how is this Congress’s business. The Russian government has the same right as anyone else to express its view and advertise whatever it likes. The right of free speech is not limited to people in the USA, it’s one of the inalienable rights with which our Creator endowed all men, including Russians. The first amendment merely protects the right for those who are under its jurisdiction; it obviously can’t protect the rights of people outside its jurisdiction.