The Times is transparent about rolling out new guidelines, but the guidelines are anti-transparency. 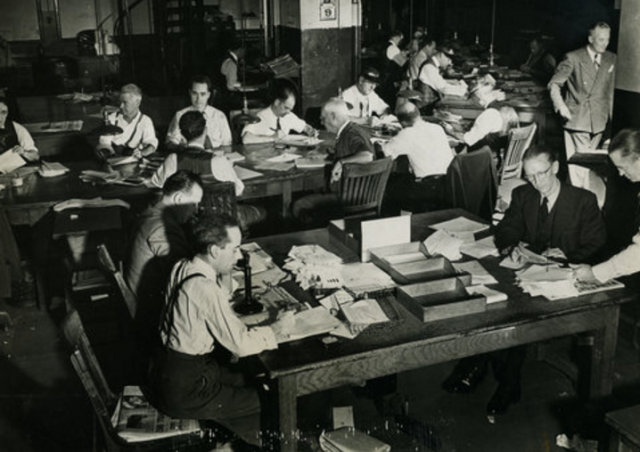 Let it all hang out, tell us how much you hate Republicans/Conservatives/Non-Liberals/Americans/Donald Trump/Deplorables etc.

Lay your political biases on the table for all the world to see. If your news reporting is straight up and supported, it shouldn’t make a difference. But be transparent.

That’s our philosophy and has been since inception. You know where we stand on the politics, and you can judge our reporting and opinion posts in that context.

The NY Times, however, doesn’t want you to be able to know how its reporters really feel. The Times just rolled out new social media guideline meant to sanitize the clear political biases of its reporters to preserve a fictitious Times’ political neutrality.

In its announcement, the Times gave this explanation:

The New York Times announced on Friday an updated and expanded set of guidelines for our newsroom for our journalists’ use of social media.

The new guidelines underscore our newsroom’s appreciation for the important role social media now plays in our journalism, but also call for our journalists to take extra care to avoid expressing partisan opinions or editorializing on issues that The Times is covering.

In the interest of transparency, we’ve included the complete guidelines below, along with an introductory memo sent to the newsroom by Dean Baquet, our executive editor.

It’s nice that the Times is transparent about rolling out new guidelines, but the guidelines are anti-transparency. The introductory portion of the Guidelines makes clear that the goal is to preserve the perception of Times’ news reporting neutrality, even if the reporters are not neutral:

But social media presents potential risks for The Times. If our journalists are perceived as biased or if they engage in editorializing on social media, that can undercut the credibility of the entire newsroom.

We’ve always made clear that newsroom employees should avoid posting anything on social media that damages our reputation for neutrality and fairness. This memo offers more detailed guidelines.

Here are selected portions of the Guidelines:

• In social media posts, our journalists must not express partisan opinions, promote political views, endorse candidates, make offensive comments or do anything else that undercuts The Times’s journalistic reputation.

• Avoid joining private and “secret” groups on Facebook and other platforms that may have a partisan orientation. You should also refrain from registering for partisan events on social media. If you are joining these groups for reporting purposes, please take care in what you post.

• If you don’t know whether a social media post conforms to Times standards, ask yourself these questions:

1. Would you express similar views in an article on The Times’s platforms?

2. Would someone who reads your post have grounds for believing that you are biased on a particular issue?

3. If readers see your post and notice that you’re a Times journalist, would that affect their view of The Times’s news coverage as fair and impartial?

4. Could your post hamper your colleagues’ ability to effectively do their jobs?

5. If someone were to look at your entire social media feed, including links and retweets, would they have doubts about your ability to cover news events in a fair and impartial way?

The Washington Post’s new motto is “Democracy Dies In Darkness.”

So will the transparency of political bias at the NY Times, if the new Social Media Guidelines have their intended effect.

I much prefer when mainstream reporters tell us how they really feel, not a sanitized version to create a false impression of neutrality https://t.co/XXzNmMXOzh

The NY Times, however, doesn’t want you to be able to know how its reporters really feel.

I’m thinking they’re a bit late. They can try to close the door now, but that horse left the barn a long time ago.

In the interest of transparency, the NYT asks its staff to remain opaque. Gotcha. The big fat leftist will be hiding behind the floor lamp of objectivity – tee hee, they’ll never know I’m here!

The really interesting thing here was that O’Keefe’s sting this time targeted someone claiming to be Jim Comey’s godson, which was either totally false, or he actually was, opening an entirely different line of inquiry here.

Given the NYT, I wouldn’t put it past Pinch to have both in play.

“If our journalists are perceived as biased or if they engage in editorializing on social media, that can undercut the credibility of the entire newsroom.”

No cautions about actually acting in a biased manner, just be careful and about getting caught.

careful and about = careful about

My kingdom for an edit button.

If,at this point, ANYONE still believes the NYT is unbiased, they are most likely too stupid to breathe on their own.

And you can guarantee that every single one of them was stupid enough to vote for Hillary and Obama.

The weird thing is, though, why is the Times’ management so concerned with preserving this pretense of objectivity and neutrality? Everyone under the Sun understands its Leftist bent, so, why the high-minded charade?

I never worked in journalism, so, maybe this is a self-congratulatory nod to an earlier time in the business, when the Times could actually legitimately claim that it strove towards notions of political “neutrality” and “objectivity,” well before the paper became a shameless propaganda organ for the Left and for the Dumb-o-crat Party?

RE: ” the guidelines are anti-transparency”

James Rainey was the editor of my high school newspaper. I was a feature writer.

He wrote for the LA Times for almost 30 years I believe, writing about politics and becoming the paper’s media critic.

He now works for NBC and is as pompous and insufferable as ever.

He once appeared on Hugh Hewitt’s radio show and the ensuing struggle for Hugh to get Rainey to be transparent and share his personal opinion on issues is hilarious and agonizing for Hugh.

“As part of that discussion I invited James Rainey of the Los Angeles Times on to the program … I had prepared a list of questions for Rainey –who did you vote for, do you own a gun, are you pro-life etc– to center him in the audience’s mind. The list could have taken about two minutes to complete, except Rainey simply refused for the most part to answer, substituting instead filibuster after filibuster, a practice that continued as we got deeper into the conversation.

This conversation is another exhibit in the museum of dead or dying newspapers. Offered a chance to connect with an audience that almost certainly doesn’t read his paper much –not even in the Los Angeles market– Rainey instead telegraphs contempt for the program’s listeners while refusing to display any of the sort of transparency and objectivity that might have listeners seek him out via the web.

this sort of refusal to engage in a conversation about bias with anything approaching candor or transparency is just another example of the disease killing off newspapers –the deadly combination of insufferable arrogance and impenetrable dullness, wrapped up in lengthy, impossible-to-follow answers which are themselves long sidesteps of simple questions.”

The following is a link to a transcript of the interview. It is just agonizing, but also funny that Rainey thinks he’s fooling anyone. The end of the interview is hilarious and classic.