Apple’s VP of Diversity Apologizes for Saying “12 white, blue-eyed, blonde men” Could be a Diverse Group

Apple’s VP of Diversity Apologizes for Saying “12 white, blue-eyed, blonde men” Could be a Diverse Group

Bow to your racially divisive overlords 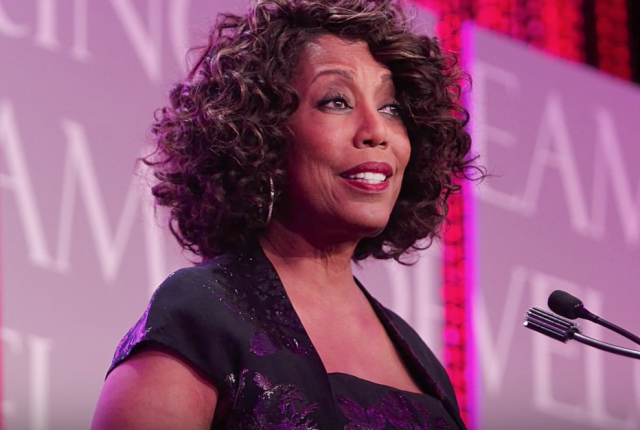 Speaking at One Young World Summit in Bogota, Colombia, Smith said, “”There can be 12 white, blue-eyed, blonde men in a room and they’re going to be diverse too because they’re going to bring a different life experience and life perspective to the conversation,” according to Business Insider. And she’s right.

She continued (from Quartz):

When asked whether she would be focusing on any group of people, such as black women, in her efforts to create a more inclusive and diverse Apple, Young Smith says, “I focus on everyone.” She added: “Diversity is the human experience. I get a little bit frustrated when diversity or the term diversity is tagged to the people of color, or the women, or the LGBT.” Her answer was met with a round of applause at the session.

Young Smith went on to add that “there can be 12 white, blue-eyed, blonde men in a room and they’re going to be diverse too because they’re going to bring a different life experience and life perspective to the conversation.” The issue, Young Smith explains, “is representation and mix.” She is keen to work to bring all voices into the room that “can contribute to the outcome of any situation.”

Young Smith wants to also focus on “allies and alliances,” and called on “those who have platforms or those who have the benefit of greater representation to tell the stories of those who do not.” She said when that’s accomplished, it’s a “win for everyone.”

Ah yes, because there’s simply no diversity of thought among all the white-skinned folk. Diversity, you see, and the value of one’s thoughts and ideas is directly connected to skin color, not life experience, point of view, or any other bit connected to a person’s character, or at least that’s the progressive implication here.

As these things go in this day in age, Smith quickly apologized.

TechCrunch obtained Smith’s email to her team, which reads as follows:

I have always been proud to work for Apple in large part because of our steadfast commitment to creating an inclusive culture. We are also committed to having the most diverse workforce and our work in this area has never been more important. In fact, I have dedicated my twenty years at Apple to fostering and promoting opportunity and access for women, people of color and the underserved and unheard.

Last week, while attending a summit in Bogota, I made some comments as part of a conversation on the many factors that contribute to diversity and inclusion.

I regret the choice of words I used to make this point. I understand why some people took offense. My comments were not representative of how I think about diversity or how Apple sees it. For that, I’m sorry.

More importantly, I want to assure you Apple’s view and our dedication to diversity has not changed.

Understanding that diversity includes women, people of color, LGBTQ people, and all underrepresented minorities is at the heart of our work to create an environment that is inclusive of everyone.

Our commitment at Apple to increasing racial and gender diversity is as strong as it’s ever been. I’m proud of the progress we’ve made, but there is much work to be done. I’m continually reminded of the importance of talking about these issues and learning from each other.

All she needs is a garish plastic cowboy hat, and we’ll have another rodeo clown.

Of course, there is only one opinion that a diversity officer can have about diversity.

Judge people by the “color of their skin”. Diversity.

Judge people by the “content of their character” (i.e. as individuals). Racism.

No, it’s the Progressive, Democrat Gospel.

When did the Liberal bus blow a logic tube and Progressives’ Choice to use MLK as a spare?

VP of racism, sexism, and political congruence (“=”) notices the flaws in the consensus logic, speaks of the inconvenient truths, and is immediately shouted down by the diversity racket.

I can see the memo from Apple’s Head Shed now:

What you said could cost us the business of other People of Color; further, it is not in conformance with Apple’s polices in this area. Be advised that you have two choices at this time:

1) Apologize profusely and reiterate the corporation’s policy line, or;
2) Check in with the Unemployment Office after cleaning out your desk this afternoon.

Smith had an epiphany, or perhaps always had a consistent perspective, and became a whistleblower. There was another whistleblower, at the NAACP, who was also reprimanded for exposing the [class] diversity racket.

They’d have to fire both Denise Young and Tim Cook.

I have got to stop reading posts like this.

I have a neighbor down the street who is a 25 year Navy vet and Black. I would rather go talk to him about weed control, bitch about the HOA or tell stories about our time in the military.

I have got to stop reading posts like this.

It didn’t take long for her to change her mind.! When I read what she initially said, I thought that it wouldn’t be long before the race hustlers got to her.

This person could never be a “Diversity Officer” anywhere,

I regret the choice of words I used to make this point. I understand why some people took offense. My comments were not representative of how I think about diversity or how Apple sees it. For that, I’m sorry.

No, she isn’t, and no she does not regret anything.

This person achieved this level of ignorance and corporate level precisely because corporate America now requires this type of stupidity.

It is ingrained in corporate DNA now, courtesy of activist HR departments acting on 2 decades of unchecked DOL lawsuits.

Economic meritocracy died with affirmative action, and was fully surrendered under Obama policies.

If it’s not representative of how she thinks why did she say it?

This is obviously one of those:
“No matter what I said, I shouldn’t have said it.” deals!

(just be glad you don’t have her job!)