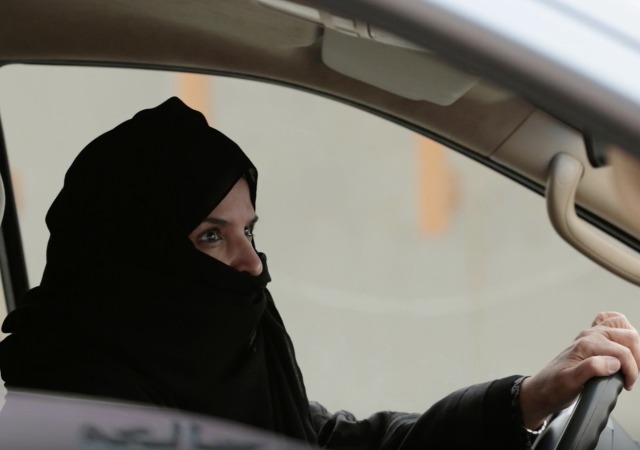 WELCOME TO 2017, SAUDI ARABIA!!! King Salman issued a royal decree to finally allow women to drive in the kingdom. You hear that feminists? Females couldn’t drive in Saudi Arabia.

The decree will go into effect in June next year, after a government committee will study how to begin allowing women onto the roads driving their own vehicles.

“We refer to the negative consequences of not allowing women to drive, and the positive aspects of allowing them to do so, taking into consideration the necessary Shari’ah regulations and compliance with them,” King Salman said in the decree, referring to Islamic law.

“We are very excited. We are over the moon,” says Hatoon al Fassi, a Saudi historian and one of the leaders of the campaign to let women drive. “Our struggle, the years of work have at last yielded a result, our right has been realized. It’s a historical moment. King Salman made a historical decision.”

Saudi Arabia is a Muslim country and rules under Sharia law. Since the 1990s, female activists have protested against the ban on female drivers.

However, so called “experts” have asserted time and time again that females shouldn’t be driving for obvious reasons. My favorite is from 2013 when Sheikh Saleh al-Lohaidan claimed that driving could damage a female’s ovaries. From the BBC:

“If a woman drives a car, not out of pure necessity, that could have negative physiological impacts as functional and physiological medical studies show that it automatically affects the ovaries and pushes the pelvis upwards,” Sheikh Lohaidan told the news website Sabq.org.

“That is why we find those who regularly drive have children with clinical problems of varying degrees.”

But it may still be too early to celebrate. Like I said, Saudi Arabia has Sharia law. Yes, it’s great that women will be able to drive, but they still cannot leave the house without a male guardian.

Female freedom is still restricted unless that changes.

Much of the world outside of Saudi Arabia is treated to the spectacle of opaquely veiled women—apparently without any kind of training or licensing—driving cars while Muslim men yell orders at them from their perches on the back seats. Fortunately for public safety, this entertainment is confined mainly to the vicinity of major international airports. But in Saudi Arabia they could probably cover the entire country with such spectacles. I hope they enjoy it all even more than we do.