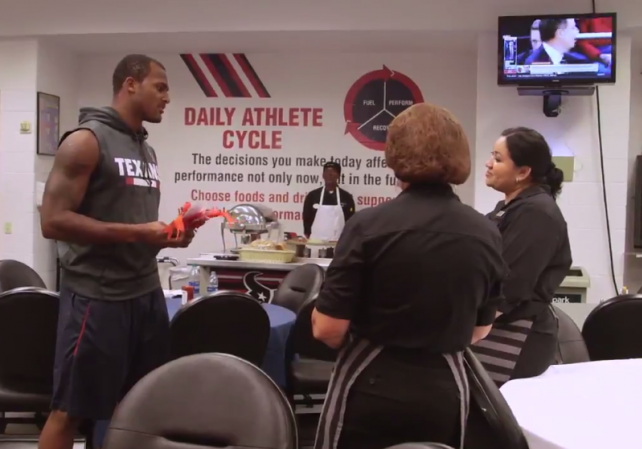 The storm waters may have receded, but thousands in Houston are still struggling to put their lives back together after Hurricane Harvey.

Enter Houston Texans Quarterback Deshaun Watson. Watson took his first game check, split it up, and gave it to Texans cafeteria workers who lost everything in last month’s storm.

"If you can, you must."@deshaunwatson​ gave his first @NFL​ game check to help a few familiar faces. #HoustonStrong pic.twitter.com/rwcyGMSRFN

I am a Texans fan (even now) and I have been VERY impressed with this young man. He seems grown up beyond his years and like a thoroughly worthwhile human being. I noticed, in the difficult loss to the Patriots, how Deshaun seemed to quietly command the respect of his teammates. He is a credit to his family, to Dabo Sweeney, and to Clemson. So glad he’s on our team. Thank you, Deshaun for your kindness towards people who are so often taken for granted.