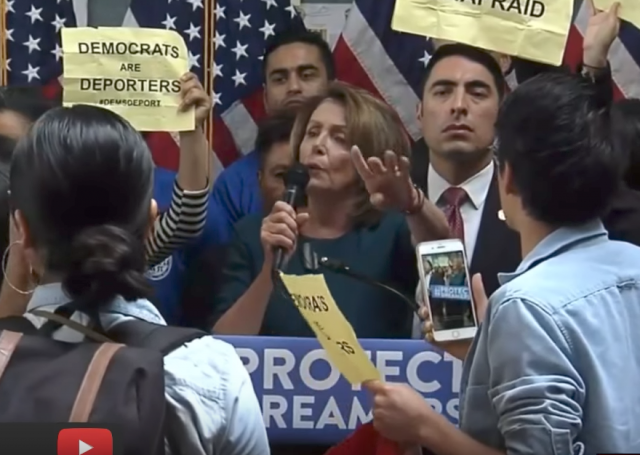 A very flustered Nancy Pelosi was met by an angry bunch of DREAMers at a DREAMer event in San Francisco Monday. The crowd was shouting, demanding to know where she was when they asked for help, to which Pelosi replied, “you don’t know what you’re talking about.

As we’ve blogged before, one of the worst disservices done by Democrats for DREAMers was leading them to believe they’d receive everything Democrats promised them.

A taste if sweet for Nancy.

“”So the number on DACA is 800,000, but every one person can bring in their entire extended family once they reach a certain status. So it’s 3 or 4 million, right?”

DREAMERS stands for Development, Relief, and Education for Alien Minors.

Nothing demonstrates a lack of education more than a crowd mindlessly screaming what one person yells at a speaker.