The magazine drove the sexual revolution in the 60s and 70s. 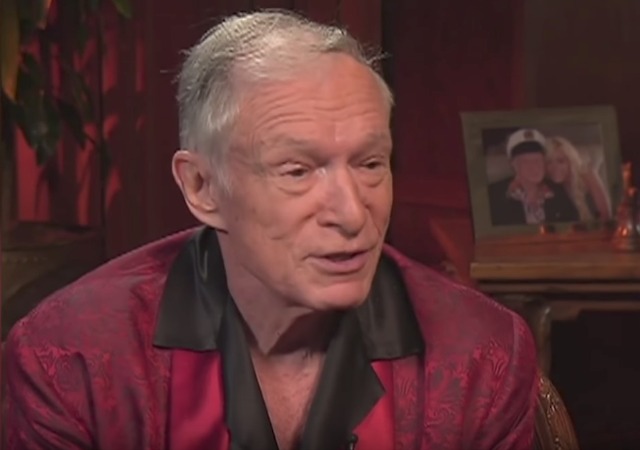 Hugh Hefner, the man behind the Playboy empire, died at his Playboy Mansion. He was 91 years old. From CNBC:

The magazine was founded more than 60 years ago and created a niche upscale men’s magazine, combining images of nude women with in-depth articles, interviews and fiction by writers and subjects including Norman Mailer, Alex Haley, Bertrand Russell and Jimmy Carter.

Hefner reportedly founded the magazine with $600 and $1,000 borrowed from his mother. The first centerfold, a feature of the monthly magazine, was of Marilyn Monroe late in 1953.

“My father lived an exceptional and impactful life as a media and cultural pioneer and a leading voice behind some of the most significant social and cultural movements of our time in advocating free speech, civil rights and sexual freedom,” Cooper Hefner, Playboy Enterprises’ chief creative officer, said in the statement.

“He defined a lifestyle and ethos that lie at the heart of the Playboy brand, one of the most recognizable and enduring in history,” the son added.

While the magazine managed to inspire and ride the “sexual revolution” of the 1960s and ’70s, in recent years it has struggled in the face of tough competition from the availability of free pornography online.

For a brief period from mid-2016 through early 2017, the magazine experimented with avoiding nudity, before returning to its previous formula.

The statement said Playboy magazine was aimed at more than the market for images of nude women.

“Hefner took a progressive approach not only to sexuality and humor, but also to literature, politics and culture,” the statement said, calling the “Playboy Interview,” or an extensive discussion between a big-name person and an interviewer, a “standard setter.”

Hefner also led free-speech battles, fighting all the way to the Supreme Court after the Post Office refused to deliver his magazine, the statement noted.

Hefner is survived by his wife, Crystal, who was 25 when he married her at age 85; sons, Cooper, David and Marston; and his daughter, Christie, who became president of the company in 1982 and then CEO until 2009.

Perhaps Hef’s most overlooked effort to alter the American landscape was the use of a bathrobe as business attire. He was rarely photographed any other way. Fortunately it didn’t catch on. Helluva try, though.

If Hef has a wake I hope its an open coffin….and they put a GIANT staple in his belly button

In the early seventies a trade association I belonged to held a convention at Playboy’s 1200 acre Lake Geneva facility. I spent almost no time at the convention’s meetings, instead skiing, swimming and a bunch of other activities.

A young lady cut in front of me while skiing, causing me to wipe out. While nothing was broken, I needed crutches, which I bought at a drug store in the small town.

It turned out that the young lady was one of the bunnies, and she suggested a bar in town where all the Playboy staff hung out.

It was quite interesting, few of the Playboy staff had anything nice to say about working for Playboy.

I still have those tubular aluminum crutches 🙂