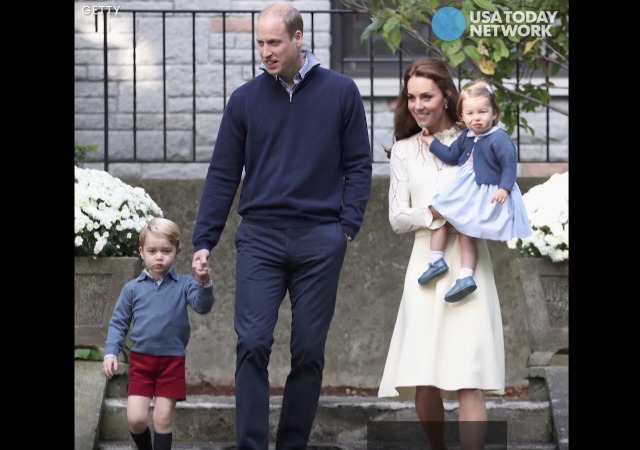 Kensington Palace, the home of the Duke and Duchess of Cambridge, announced this morning that Kate is pregnant with their third child.

Unfortunately, the Duchess is suffering from Hyperemesis Gravidarum, which is severe morning sickness some pregnant woman have. This caused her to cancel an engagement on Monday and the royals to announce the pregnancy earlier than they wished.

Queen Elizabeth II is reportedly beyond thrilled with the news along with Prince of Wales Charles.

The baby will join Prince George, 4, and Princess Charlotte, 2. The baby has the opportunity to be historic if its a boy. For the first time in history, a boy born after Charlotte will not bypass her in the royal line. A measure passed after Kate and William’s wedding stated that the royal line will go in procession of birth, not sex. In the old days, a male would always bypass a female sibling.

They didn’t bypass Prince Charles; they can’t unless he abdicates, at which point the crown would go to Prince William who is second in line to the throne. When Queen Elizabeth dies (or abdicates as is currently rumored), Prince Charles will be king.

Apparently I got sucked in by some fake news. Sorry.

Gosh, no worries, snopercod. I can’t tell you how many times I mess up UK politics. I thought Queen Elizabeth was “Queen of England.” Turns out she’s not. ::: blush :::

I had to look up that Elizabeth’s title is actually “Queen of the United Kingdom of Great Britain and Northern Ireland”. I learn a lot here. Thanks.

Diana sure helped their gene pool.

Their gene pool wasn’t too bad – Queen Elizabeth was never a beauty but was a nice-looking young woman, and Prince Philip was handsome in a typically English way. I don’t know what happened to Prince Charles, but he’s not much to look at. Kate is definitely helping out the gene pool for little George and Charlotte and the soon-to-be baby royal. She’s a lovely woman.

William is looking less and less like a teenage heartthrob and more and more like Prince Charles.