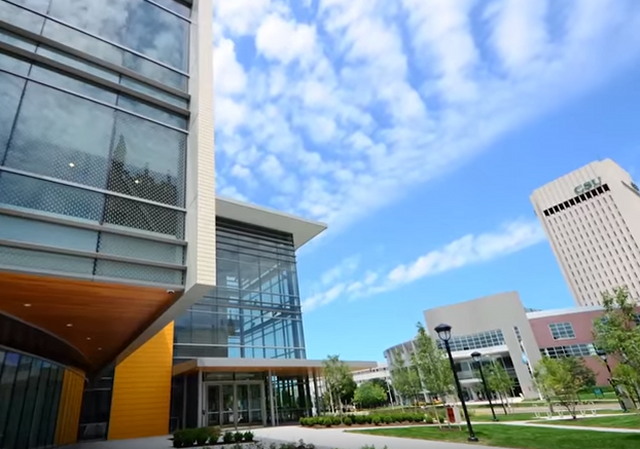 Like many, Cleveland State University’s Turning Point USA chapter wanted to recognize the 16th anniversary of the Sept. 11 terrorist attacks. So members of the pro-capitalist student group gathered Sunday evening to chalk a memorial onto the sidewalks of the public university’s campus, an exhibit that included an American flag with the words “No day shall erase you from the memory of time” under it.

However, the artistic memorial didn’t last long. Hours after it was created, the university removed it. An image tweeted by Charlie Kirk, founder of Turning Point USA, shows a maintenance employee washing away the memorial with a power washer this morning.

Tiffany Roberts, chapter president of CSU’s Turning Point USA club, told The College Fix that members of the chapter gathered around 6 p.m. Sunday evening to chalk a 9/11 tribute onto the sidewalks of the public university to honor those killed in the terrorist attacks. Roberts said that around 7:45 a.m. Monday morning, a university employee arrived at the memorial with a power washer and removed the memorial.

Today our @TPUSA group at Cleve. St. made a memorial to 9/11 victims

Not long after the school comes and POWER-WASHES to remove it!

Do you want to know why? Dig a little deeper and discover who is in charge of campus maintenance. Then ask, did he order the power wash on his own initiative, or was he given instructions to have it washed?