Iconic Rhode Island discount retailer closing all 31 stores, another casualty of the shift to online shopping. 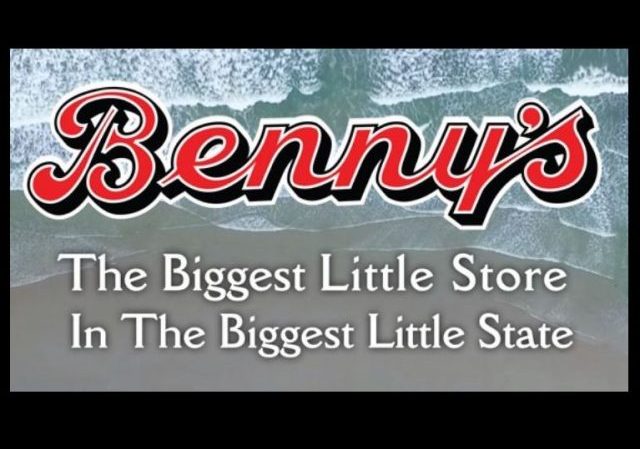 We reported earlier this year, how Retailers Filing for Bankruptcy Keep Piling Up, May Set Record in 2017. And recently how Toys R Us Files for Chapter 11 Bankruptcy.

Chapter 11 at least allows a retailer to reorganize, and perhaps survive in some form. But other retailers are simply folding up shop and going out of business.

Benny’s is an iconic discount Rhode Island retailer. It has been part of the Rhode Island landscape for generations. It was a discounter before there were discounters, and somehow it survive the big box stores and Wal Mart.

But alas, Benny’s is going out of business, killed off not by other brick-and-mortar retailers, but by the shift online.

Many of you may have already heard the news: Benny’s, after 93 years in business, plans to close all retail locations by the end of 2017 as our ownership family has decided to retire. In a short period of time, the retail landscape has changed dramatically – especially for “brick and mortar” businesses. The decision to retire was strongly influenced by this changing face of retailing.

We will miss our employees who have been such a big part of what has made Benny’s successful for so many decades. And of course, we’ll miss our many loyal customers who have supported us over the years. We have never tired, in all of those 93 years, of hearing the stories of a child’s first bike bought at Benny’s or “if Benny’s doesn’t have it, you don’t need it.”

Facebook is a place where fans of Benny’s have and will continue to celebrate their favorite store. Over the coming months, we will share old pictures, commercials and other memories. Please feel free to share your own with us.

Benny’s, a well-known family-owned business in Southern New England, will be closing its doors at the end of 2017 after 93 years in business.

Arnold Bromberg, who is the company’s president, made the announcement Friday afternoon.

“The way the numbers added up and the way the future looked to us, the decision was unavoidable,” Bromberg said during a press conference.

“As proud owners of Benny’s, this is an emotional time for us,” he went on to note in a press release. “Benny’s has been something the Bromberg family has invested enormous amounts of capital, time and energy in for nearly a century in this region. We take great pride in what our retail stores have meant to our employees and many loyal customers for so long. But it is simply time.”

Bromberg cited retirement and changing retail habits, as the reason for the closure.

“Our current ownership is all at the age where we would like to retire from the business and spend more time with our families, and we have collectively judged that the always competitive retail landscape has shifted in a way that makes it almost impossible for small, family-owned chains like ours to reasonably compete moving forward,” he said, adding that the closure will affect the company’s 715 employees, including 386 who are full-time and 329 who are part-time staff members.

“We’ll miss our employees, who have been such a big part of what has made Benny’s successful for so many decades. So many of them are well-known to our customers and are literally part of the Benny’s DNA.”

The last time I was at Benny’s was a few months ago to buy a lawn mower. My final purchase.

Don’t blame everything on online shopping. America is dramatically overbuilt when it comes to retail. We have 5 times more retail squarefootage per capita than the next closest country.

Huh? I haven’t blamed anything or anyone.

notamemberofanyorganizedpolicital in reply to MattMusson. | September 21, 2017 at 4:20 pm

Time to stock up on pool chemicals and oil. The family is going to clear a nice profit when they close it all down, they own the property all their stores are on. Some of those stores are in great locations all are in already developed areas so no having to cut back woods for developers.

Actually, it sounds more like the owners want to retire and there is no younger generation to take over the business. It is interesting that with an established regional name the family can not find any company which would be interested in purchasing the business, or at least part of it.

I’m not so sure that we can lay the decision to close down this entire chain solely to evil mail-order industry.

Apex, Ann&Hope and now Benny’s. What’s next, Stop and Shop?

It’s sad, but the family is smart to get out while the getting is good. I can’t speak to Rhode Island specifically, but the demographics are changing in many urban areas. Joyanna Adams posted a lament today about all the stores (and malls) closing the the St. Louis area.

I want to buy a radio. My two best choices are:

2. Order same radio from Amazon for $35, have it delivered to my door the next day. Time: none. Gas money: 0. Crowds: none

This is why brick and mortar is losing to online. Adapt or die. Snooze ya lose. Natural selection.

Yesterday I tried to find aviation spark plugs in Asheville, NC. The maintenance shop at the airport was fresh out, so I drove home and ordered them online. They’ll arrive tomorrow via FedEx from Atlanta. Story of my life…

Benny’s was an experience, as soon as you walked in an old guy would follow you around asking what you needed, a RI institution. They were open Sundays before others were so if you had a weekend project, they were there. Sorry to see them go and impressive that the family held the business all those years, wish them well in retirement