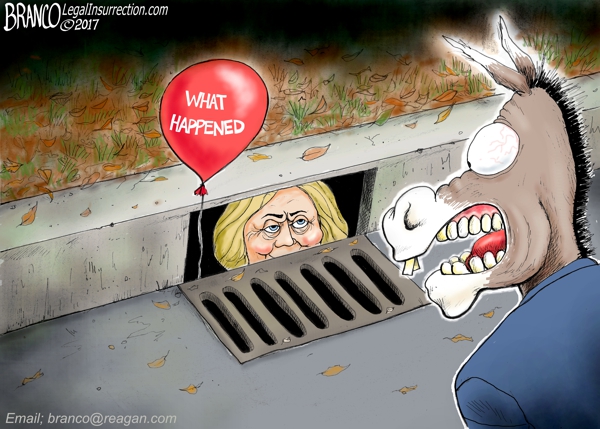 So well done! Thank you!

Way to go Branco. Mountain Dew sprayed all over my monitor first thing in the morning. Hope you are proud of yourself! 😉

Reminiscent of the movie “Ghost”.

LI hasn’t covered this much- but there is a lot of black mail going on with Dems. I’m thinking the Clinton’s have a lot of dirt that they will begin collecting cash on.

I’m not sure who was pulling the strings on all of the accusers in the Seattle mayor situation that hit this week but SOMEONE orchestrated that downfall.

Given that Washington state is run by a complete moron who is married to Lady MacBeth, I’d say the Governor’s seat is also in play to whomever the king maker is.

Even though this is happening on the Dem side, it matters big time.

I love them all, but when it comes to cartoon of the month, this is “It”; subtle yet obvious to those who recognize the implication.