According to top Somali official, the terror group’s intention is to send radioactive material to Iran. 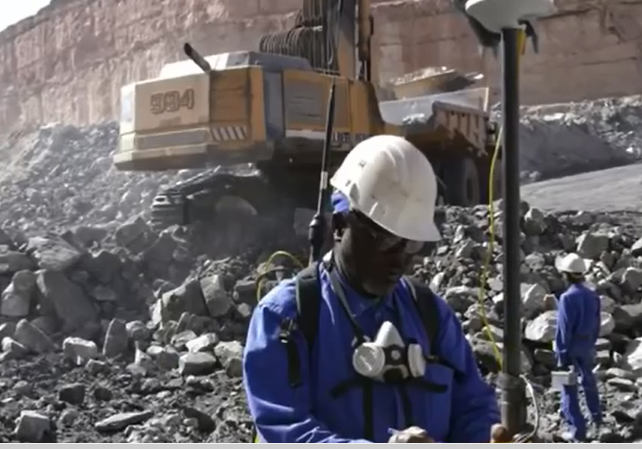 Fox News is reporting that an Al Qaeda affiliate has seized control of uranium mines in Africa, intending to eventually supply the material to Iran.

The information comes a in a diplomatic letter from a top Somali official appealing to the U.S. for “immediate military assistance.”

The letter, reviewed by Fox News, was addressed to U.S. Ambassador to Somalia Stephen Schwartz. Somalia’s Ambassador to the U.S. Ahmed Awad confirmed to Fox News on Thursday that the letter “has indeed been issued” by Minister of Foreign Affairs Yusuf Garaad Omar, whose signature is on the document.

The Aug. 11-dated letter delivered an urgent warning to the U.S. that the al-Shabaab terror network has linked up with the regional ISIS faction and is “capturing territory” in the central part of the country.

By way of background, Somalia has recently evolved into a major world supplier of uranium. In 2014, the reopening of old mines and the development of new ones was part of a regional investment strategy.

Kilimanjaro CEO, Zulfikar Rashid, explains that oil exploration companies usually obtain the entire mineral rights to an exploration block but disregard them in favor of oil: “In Somalia, the mineral rights have been all but ignored. We plan to change that, the mineral rights have value in the right hands. The problem is that many uranium exploration companies are too small and lack experience in disputed regions like Somalia; this is where Kilimanjaro come into the picture by partnering with these junior mining companies and sharing our expertise in Africa, frontier investment financing, and dispute management.”

Rashid’s plan has three stages: “First talks are underway to partner with an initial uranium exploration company. Then we rapidly expand throughout the country to rediscover and document both old deposits and reveal potential new ones. Finally, we revitalize the Somalia uranium industry which once boasted plans for more than $500 million (in 1980 dollars) in processing plants.”

The current spot price for uranium is about $34 a pound.

The current spot price is about $20/pound. Even at a reduced value, weapons-grade uranium (U-235) makes up about 0.7 percent of naturally occurring uranium ore that is dug up. The Federation of American Scientists estimates that uranium needs to be refined to a concentration of at least 80 percent U-235 to be weapons grade, though 90 percent is optimal.

A nuclear bomb requires about 33 pounds (15 kilograms) of enriched uranium to be operational, which would require over 1000 pounds of ore to be shipped to an enriching facility (accounting, in part, for the fact that the process is not 100% efficient).

However, no matter how much is needed or at what price, thanks to President Obama, Iran has a $1.3 billion discretionary dollars to pay for the ore.

It takes little imagination to see that North Korea’s connection to Iran is inspiring this move. Essentially, North Korea is acting as the proving ground for Iran’s nuclear ambitions.

Amos Yadlin, a former head of IDF Military Intelligence and head of the Institute for National Security Studies at Tel Aviv University, was interviewed about the relationship between these two countries by the Times of Israel. He indicated that Iran has learned some valuable political lessons just by watching.

According to Yadlin, Iran is not necessarily watching North Korea’s every missile launch and nuclear test, but rather taking in the bigger picture.

“Iran’s observation of North Korea is more macro than micro. It’s not about this test or that test, this missile or that missile. Iran is learning from North Korea that whoever has a nuclear weapon and a ballistic missile can threaten world powers and can handle the pressure put on them,” Yadlin told The Times of Israel over the phone.

Hopefully, then, Iran is paying attention to the US bombing drills during the joint exercises in South Korea. They can rest assured that President Trump will not be sending them suitcases full of money.

Return to Mogadishu in our near future?

notamemberofanyorganizedpolicital in reply to Matt_SE. | September 2, 2017 at 12:23 pm

There are two separate ridiculous things within this article, both a result in relying too much on certain sources. First, the Somali minister has a vested interest in dragging the US further into conflict and has every incentive to play up the Iran angle for selfish benefit, even though I can’t recall anyone establishing that al-Shabbab has uranium extraction expertise even equal to that of a “small company with little experience in a conflict zone”.

Second, N. Korea only proves that it’s easy to get away with a lot of things when a nuclear power – China – has your back, and another – Russia – is buttering you up publicly. Furthermore, “the pressure on them” doesn’t even exist except for that N. Korea creates. Trump would be happy to ignore N. Korea and let it rot, but N. Korea’s leadership is not content to let that happen, nor does China seem content to let the issue fall far from the headlines. NK hasn’t proven it has a nuclear-capable ICBM, nor does it even matter, because there’s still a ton of artillery aimed at Seoul and the US hasn’t been interested in a half-cocked re-invasion since MacArthur was fired.

“Obama’s legacy is clear and progressive.”

To paraphrase Tom Clancy, Obama’s legacy is a clear and progressive danger.

It wouldn’t surprise me if the mine was simply given to ISIS, not seized. Somalia is governed by Muslims and is safe harbor for a number of Islamic terror groups.

So, Libya was about oil, Somalia is about uranium, Ukraine was about Russia’s intervention in Obama’s elective war/regime change in Syria, and CAIR (catastrophic anthropogenic immigration reform) is about gerrymandered districts to neutralize native opposition to globalist and democratic policies and welfare profits, and, of course, businesses and elites like high density population centers and redistributive change, respectively.

I don’t know. Maybe Planned Parenthood is not transhuman (of the German socialist, Chinese communist, Zimbabwean Marxist kind). Maybe color diversity (i.e. judgement by “color of skin”) doesn’t deny individual dignity and is not racist. Maybe redistributive change is not a euphemism for covert compensation of progressive debt. Maybe.