“It’s been an honor, a privilege, and sometimes even a hoot.” 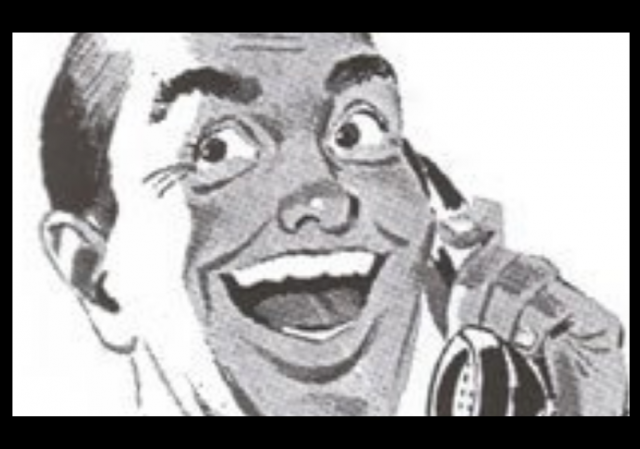 “Jim Treacher,” born Sean Medlock, has ended his blogging at The Daily Caller. It is, for me, a turning of a blogosphere page.

I don’t know if Sean was a first mover in the early days of the blogosphere, but he was there when I started in 2008. When he moved to the Daily Caller in 2010, it seemed to portend a new age when bloggers actually would get paid to blog. A radical notion, which has worked out only to varying degrees.

Sean has a really sharp and biting wit, and was relentless, as we once found out in our comment section.

I often make fun of people who succumb to blogger burnout, but I do so with the best of intentions because I know the feeling well. It is my way of coping.

I wrote in 2013, Instapundit turns 12 and the perils of blogger burnout:

It’s not an overstatement to say that Prof. Reynolds has helped foster and keep up the spirits of the conservative blogosphere, including Legal Insurrection and College Insurrection.

Which brings me to a related topic, blogger burnout.

Legal Insurrection turns 5 in October, and 12 seems like next century.

A friend of mine told me about his blog, and how overwhelming it can feel sometimes to create new content multiple times a day, day after day, week after week, month after month, year after year, almost without break.  “The beast must be fed” is a phrase my friend uses often.

I have little sympathy for that friend.  He will find dozens of blog posts around the internet about how to cure his blogger burnout.

What’s my remedy?  To make fun of people who suffer from blogger burnout, because I don’t want to be one of those people….

So when Sean wrote about his burnout in his farewell post, it sounded so familiar, This Is My Last Blog Post At The Daily Caller Dot Com:

Not a Rickroll, honest.

Looks like this is it. I’ve been blogging here at the Daily Caller since the site launched, all the way back on January 11, 2010. But now it’s time for me to go.

Daily blogging can be a fun job, but it can also be a grind. Living on the Internet 24/7 has turned out to be kind of a bad idea. It seems to have driven everyone utterly insane. Everyone except me, of course! But spending every waking moment online, for years at a time, has taken its toll on me. Wading nostril-deep through the endless hostility and madness and dishonesty, being expected to have an instant “take” on every single thing that happens, every minute of every day, is exhausting.

I plan to keep writing, because otherwise I’ll need to get a real job. But I just can’t maintain the manic, unrelenting pace required to keep a blog viable in 2017. At the beginning of the year I was told to go from three posts a day to five (I did), on the theory that it would boost my traffic (it didn’t). I just don’t know how else to get more clicks. Recently I was given a month to do so, but I can’t crank out even more posts in a day, day after day, without sacrificing the minimal level of quality my readers expect.

I understand that feeling. Completely. I think we will see Sean again elsewhere, perhaps in a different incarnation than Jim Treacher the blogger.

I’m signing off for the next 24 hours for the Jewish holiday of Yom Kippur. (Actually, I signed off a couple of hours before this post went live.)

Time to ponder what has transpired the past year and what is to come.

Wow, just read those comments! I think that was before I discovered you, where have all those stupid progs gone?!!

Jim is a witty, amazing blogger. I remember well the rivalry that was. 🙂

I am thankful for his gift of writing, and his willingness to continue to blog and post after his hit-and-run encounter with the black unmarked vehicles ………yes, I remember that, too. 😉

Blessings and an easy fast to him and you, Professor. Shalom.

Jim was blogging long before his gig at Daily Caller. I think Blowing Smoke was the name of one of his final blogs – and that’s how Tucker Carlson found and recruited JT. In his book, Obama bragged about eating dog meat and JT outed the him for it – thereby putting a stop to Dianne Sawyer and George Stepinawefulstuff’s four week crusade to crucify Mitt Romney for strapping a porta-kennel atop the family’s Vista cruiser. Treacher used to comment at Tim Blair’s old blog (archived now.) He had an epic row with USC students (stun batons.)