Consumer confidence remains high, but will Hurricane Harvey cause a big dent in third quarter? 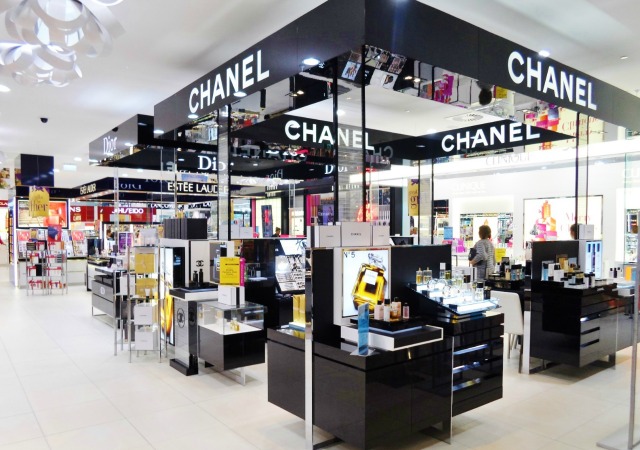 The Bureau of Economic Analysis has revised the second quarter GDP growth to reflect 3%, up from the 2.6% growth initially released. This gives the U.S. its strongest quarter since 2015. From The Wall Street Journal:

Growth in the second quarter was “above the trend for the expansion” but came “after a below-trend pace” in the first quarter, said Jim O’Sullivan, chief U.S. economist at High Frequency Economics, in a note to clients. “The trend is probably still not much more than 2%,” he said.

The more robust GDP reading reflected stronger consumer spending and business investment, offset in part by a steeper pullback in spending by state and local governments.

President Donald Trump has promised to grow the GDP to 3% and higher, but economists have doubted this could actually happen due to an “ageing [sic] population and poor productivity growth.” From The Wall Street Journal:

“Even as we see daylight in today’s economy, we find ourselves in the shadow of daunting longer-term challenges to economic growth and shared prosperity,” said John Williams, president of the Federal Reserve Bank of San Francisco, in an Aug. 2 speech. “These include a sea change in demographic factors like slowing population and labor force growth and a downshift in productivity growth.”

The Financial Times noted that the growth happened even though a lot of investors and CEOs hoped that by now the federal government would have already implemented an infrastructure program and tax reform. Neither one has occurred, but Trump and Secretary of Treasury Steven Mnuchin have pressured Congress to work on tax reform as soon as they return from their August recess.

The report also noted that profits in the second quarter went up 8.1% from this time last year. The Commerce Department also discovered in a separate earnings measure that “pretax profits with inventory valuation and capital consumption adjustments, rose 1.3% last quarter after falling 2.1% in the first three months of 2017, and was up 7% over the past year.” The Wall Street Journal continued:

The U.S. economy picked up momentum in the spring after growing at a modest 1.2% annual pace in the first quarter. Overall growth is expected to remain healthy in the current quarter. Both forecasting firm Macroeconomic Advisers and the Federal Reserve Bank of Atlanta’s GDPNow model were predicting a third-quarter growth rate of 3.4% ahead of Wednesday’s report.

“Persisting job and income gains should continue to drive disposable income growth, and favorable revolving credit usage continues to hover near the highest rates of the current economic expansion, supplementing the spending power generated by stronger incomes,” Lowe’s Cos. Chief Executive Robert Niblock told analysts last week. The home-improvement retailer said it expects a 3.5% rise in same-store sales this year. Wednesday’s report showed consumer spending, which accounts for more than two-thirds of U.S. economic output, rose at a 3.3% annual rate in the second quarter, up from an earlier estimate of 2.8%.

Earlier this month, Container Store Group’s CFO Jodi Taylor said that the company “has seen solid growth in the higher-ticker portion” and holds “the opinion that the customer is still spending.”

The report also showed strength in business investment. The Feds found that “[F]ixed nonresidential investment rose at a 6.9% pace last quarter, up from an initial estimate of 5.2%, including stronger spending on software.”

Stephen Stanley, chief economist at Amherst Pierpont Securities sent a note to clients about this growth:

The pickup in business investment “reflects two important factors,” said Stephen Stanley, chief economist at Amherst Pierpont Securities, in a note to clients. “First, domestic oil and gas production rebounded after sliding for most of 2015 and 2016. Second, businesses are starting to more aggressively spend on equipment. I believe this reflects heightened optimism regarding the economic outlook, both because the underlying economy is solid and because decision makers anticipate a more favorable policy backdrop.”

Consumer confidence has also grown in the last month to 122.9 from 120. Economists said this implies that the “consumers are feeling better given rising home prices, a healthy job market and stocks close to records.”

US consumers haven’t been this confident since before 9/11 pic.twitter.com/4X8GQogPWz

“While this is not necessarily a predictor of future market returns, it does have a high correlation to the S&P 500 index. Since it is a reflection of households view of their economic condition and future spending, versus corporate views, it portrays what the US consumer feels about their future spending patterns,” she [Erin Gibbs, portfolio manager at S&P Global] wrote Monday in an email to CNBC.

As long as the Consumer Confidence Index does not see a “significant” drop for the month of August, Gibbs would expect to see stocks continue rising.

Hurricane Harvey. Look above at what Stephen Stanley. The growth comes from an uprise in gas and oil production. Well, Hurricane Harvey just devastated Houston and caused refineries, including the country’s largest oil refinery, to close. From CNNMoney:

Motiva had been steadily reducing production at the plant for days. Late Tuesday it was running at only 40% capacity.

Port Arthur is located along the border of both states. Mayor Derrick Freeman said on Facebook overnight that the “whole city is underwater right now.”

Motiva’s decision follows a move by ExxonMobil (XOM) to shut down its oil refinery in Baytown, Texas on Sunday. The company said it discovered roof damage at the plant, which is the second-largest in the country.

The storm caused 13 refineries to go offline. All of this has cut down the nation’s refining capacity to 21%

Interestingly enough, the USA was facing a terrible over supply of automobiles. Millions were coming off lease. Most consumer demands had been supplied. Rental Car companies were taking write downs because they had too much inventory.

Harvey has destroyed more automobiles than any natural disaster in US history. Even huge numbers of brand new cars on dealer lots were trashed. This may be the solution to all those extra cars.

Nothing to see here … move along.

Good News indeed. If I recall, during the Obama administration, revisions to economic data were usually revised downward.