Scaramucci to Speak at Liberty University in November

Scaramucci to Speak at Liberty University in November

This should be fun…. 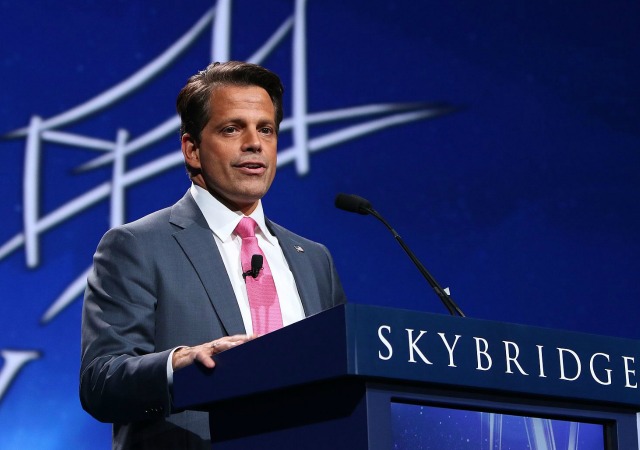 Former White House Communications Director Anthony Scaramucci, the man who caused a furor in his short 10 day post with his off the wall comments, will speak at Liberty University in November. From The News & Advance:

Scaramucci did not confirm an exact date for his appearance or the purpose of his visit.

Friday evening, LU President Jerry Falwell Jr. contacted The News & Advance to confirm Scaramucci would speak at convocation and added the appearance had been booked prior to his rise and rapid fall from his White House position. Falwell said the recommendation to book Scaramucci came from a recent Liberty graduate, which Falwell passed on to Nasser.

Nasser, who has announced convocation speakers in recent weeks, did not return a voicemail left Friday afternoon.

It has caused a stir on campus:

Dustin Wahl, a Liberty policy and politics major, who reached out to The News & Advance regarding Scaramucci’s appearance at LU, expressed disapproval of the booking.

“I do not think Anthony Scaramucci’s behavior in his time as [White House] Communications Director is reflective of the values taught at Liberty University. While LU welcomes speakers from a variety of backgrounds, many students feel that the administration, specifically President Falwell, has been pushing a specific political agenda to the students. Mr. Scaramucci is right in line with that agenda, and illustrates what’s wrong with it,” Wahl wrote via email Saturday.

Faith Morgan, a business communications major at LU, wrote via email she was looking forward to Scaramucci’s visit and Christians should welcome speakers in a non-judgmental way.

“I hope to hear about his personal business endeavors, how he made it to the top as an extremely successful man, how we as students can learn from him and what he plans to accomplish via email,” Morgan wrote to The News & Advance.