Allegedly stabbed the victim over 47 times. 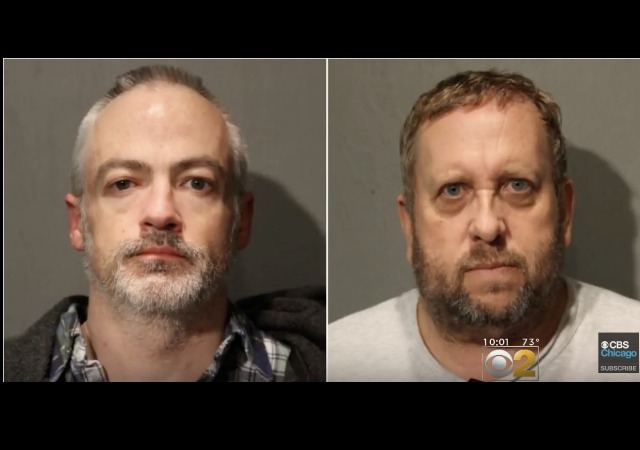 Authorities have charged professors from Northwestern University and Oxford University with the murder of of hair stylist Trenton Cornell-Duranleau in a Chicago apartment. Authorities found the man dead with 47 stab wounds and cuts. The Guardian reported:

Chicago Police’s Commander Brendan Deenihan told a press conference on Sunday there was instead a more “dark and disturbing” motive behind the death of the 26-year-old, who was in a relationship with Lathem.

The commander said: “It was not domestic in nature like a husband-wife, or boyfriend-boyfriend, or love triangle – that was not the motive.

“It was a little bit more dark and disturbing as far as I’m concerned.”

He said Lathem and Warren had met on the internet and the professor collected the Briton at Chicago’s O’Hare airport days before the body was found in a “horrific scene” on 27 July.

Police entered the apartment after a doorman at the block received an anonymous call, later found to be from Lathem, that a crime may have been committed there, Deenihan said.

Witnesses later told officers they had heard a fight and screaming at around 5am and detectives found two knives at the scene, one of which had been broken.

The suspects handed themselves in separately eight days later in California, after being subjects of a nationwide manhunt, during which they had travelled across the country in a rental car, police said.

Superintendent Eddie Johnson said Lathem had not “entirely acted alone and was joined by” Warren in the attack.

A post-mortem examination found the victim, originally from Corunna, Michigan, had methamphetamines in his system.

No prob. Bondage, torture, and snuff are just “alternative lifestyles.” Funny how that type of kink is inordinately prevalent among a certain “community.”