What if people have the war in Iraq backwards? 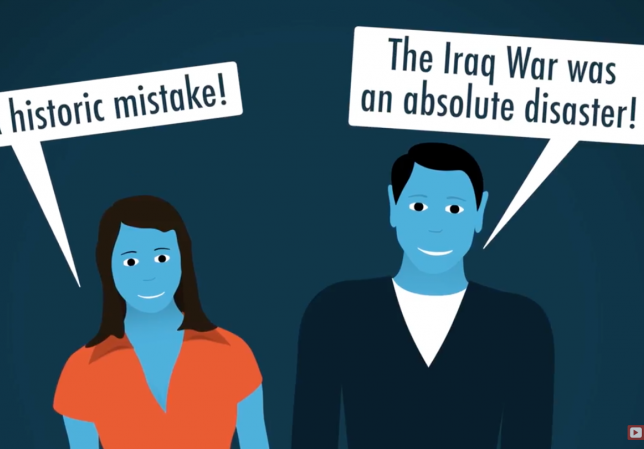 “What if people have the war in Iraq backwards? What if George W. Bush and the U.S. military won it, and Barack Obama and the Democrats gave it away?” Prager U asks in their latest video installment.

If you ask most people about the Iraq War, they’ll tell you it was a total disaster. They’ll tell you that George W. Bush lost the war, and Barack Obama cut our losses. But that’s totally backwards. In this week’s new video, Pete Hegseth, who served in the Iraq war as an Army lieutenant, explains what really happened: President Bush won the war with the surge, leaving office with a stable and quiet Iraq, and then President Obama withdrew, snatching defeat from the jaws of victory.