“But when it was time to wash my hands, there was hair and scalp and basically body parts in the sink.” 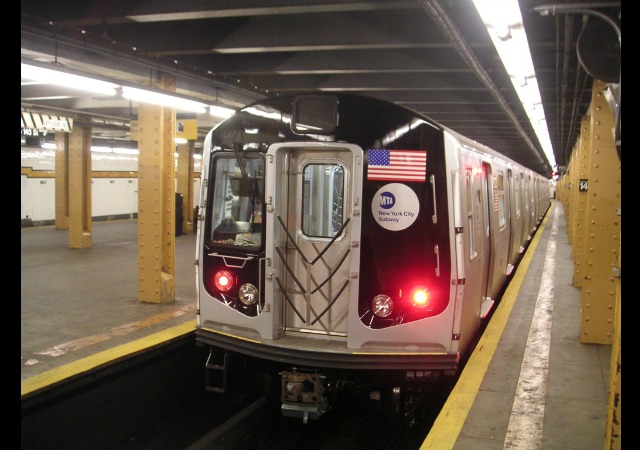 The MTA has received some bad press lately with officials asking private companies for money for repairs, massive delays, and derailments.

Now members of the Transport Workers Union (TWU) have accused the MTA of storing dead bodies within employee break rooms until emergency responders arrive to the scene.

One employee spoke to The New York Post about what she has encountered:

LaShawn Jones, 52, who has been a station agent for 18 years, said she was coming into work at the 103rd Street 1 train station about five years ago — and made a quick stop in the employee bathroom when she saw some NYPD Emergency Service Unit officers handling a body inside.

“They weren’t aware that I was coming in and I wasn’t aware that they were in there,” Jones told The Post. “All I remember seeing was a black bag with purplish stuff.”

Jones returned to the bathroom on her lunch break — and though the body was gone, she saw some remains in the sink, she said.

“I had no idea what ESU does in the sink, but when it was time to wash my hands, there was hair and scalp and basically body parts in the sink,” she said. “That was very disturbing.”

She said she immediately went to her booth and called her supervisor. The mess was eventually cleaned up, “but the fact I had to experience that was disgusting,” she said.

“That can totally mess with your psyche, not just for that day but for the future as well,” Jones added. “I couldn’t go home. I was hysterical and I was crying, but by the time the supervisor got there, I calmed myself down.”

MTA officials explained that NYPD come to the scene as soon as possible, but the medical examiner can take over an hour to arrive. MTA spokesman confirmed that “yeah, sometimes these things happen,” but the officials store the bodies in a “non-public space.”

TWU took issue with that, too:

“The police are forced [to] store the bodies in utility rooms and other subway rooms while waiting for Medical Examiner’s Office staff to arrive. It’s unacceptable that transit workers have to endure this on the job,” a TWU Local 100 spokesperson said in a statement. “Mayor de Blasio and his administration have failed to provide enough staffing for the Medical Examiner’s Office to quickly retrieve and remove bodies from the subway after these tragedies.”

My wife used to work for a vet. One time the vet needed to do a brain biopsy on a deceased dog, but it was Friday and the vet didn’t have the time. They put the severed head in the freezer over the weekend but the tech forgot to take it out on Monday morning. When she realized her mistake, she put the head in the microwave on “defrost”. Another employee came in to heat up her lunch and there was the dogs head going round and round on the carousel. Eeeeeekkkk!

Should you feel the need to share stories like this on the internet, snopercod, you should be prepared to ship brain bleach to your victims all across the fruited plain.

Animals needing a necropsy are almost always stored in a freezer short term. The microwave is no doubt a bridge to far.

I remember reading about someone sticking a wet live cat in a microwave to dry it. There are rather large numbers of really stupid people.

The big problem is that it is difficult to distinguish between the dead body and the union transit workers.

The corpse votes more often and doesn’t draw a paycheck.

And according to Obama some are in the military.

There is a difference between doing things right and just getting by. For the amount of cash sunk into the MTA, we should expect more than “Didn’t implode yet.”

I’ll bet you make one hell of a sidewalk superintendent.

Please get back to me when the next bridge collapses or highway closes for repairs. I am still waiting for the Trump infrastructure program. Hell, I am waiting for any Trump program.

So those bridges and highways just started deteriorating after Trump was elected? Got it. Troll on.

Trump must be doing something right, since those who lost, and are therefore losers have been whining and complaining nonstop.

As long as we’re throwing out impressively large numbers, the MTA’s operating budget weighs in at about $15.6 billion, of which about $6.3 billion (about 40%) comes from fares.

The MTA operates a lot of things in the New York metro area besides the subways, but these still eat the largest part of its budget.

And, yes, when the NYC subway opened in 1904 the fare was five cents, where it remained until 1948. Which, even adjusted for inflation, is quite a bit less than the current $2.75 price. Or the $6.83 price if contributions other than fares are included.

For that matter, there was a time when there were bathrooms in the subway, for use by straphangers as well as employees, but of course they closed eons ago due to crime.

(And if we’re taking a into the subway’s memory lane, there’s always what the transit union did to John Lindsay’s political career. When elected mayor, he seemed almost entitled to run for U.S. President; then, the TWU kneecapped him.)

And finally: if the original 1904 subway had cost as much to build per mile of track as the 2nd Avenue line is costing today, would the entire USA of that era have been able to raise enough money to build it?

There are still public restrooms at many stations. There used to be one at every station, often on both sides.

Cleaning the sinks doesn’t appear to be among the things the MTA does right.

This is the utopia that is at the end of the leftist vision? How long has NYC been under leftist rule?

Well we are all in for a bonanza, now. Millions of us are going to be digging coal.

Thank you, Mary, for posting this story.

I have never once been tempted to even visit NYC, let alone live there, but it’s good to be reminded every once in a while.

61.7 million tourists are expected to visit in this year. So I guess you weren’t missed. I will alert the world that you won’t be coming this year, either.

300K less foreign tourists this year. Thank you Mr. Trump. Does the loss of any jobs count against Trumps great job creation plans?

If your tourist count is down, don’t blame the President. Your problems are entirely of your own making.

Rabidfox, when you argue with a fool, you then have two fools arguing.

FauxReport, your bonafides as a fool are well established.

Actually tourism is up, just less than it would have been. According to those who do the booking, foreigners started cancelling right after Trump tried to issue his 1st travel ban.

But that’s OK. We won’t blame Trump and you don’t given him credit since he isn’t accomplishing anything, anyway.

NYC! Come for the desnudas in Times Square.

Stay for the (from the article) “hair and scalp and basically body parts in the sink.”

No need to alert the world. I may go to the Caribbean this winter and I wouldn’t want them to be confused when I show up.

I have gone there for business on occasion. NY City is much like a huge ant hill, except that quite a few of the ants are psychos.

Question: where exactly are they supposed to keep bodies until the ME can make it over? They can’t just leave them lying around on the platform or wherever they keeled over. Airlines have a similar problem, with no good solution, so they do the best they can.

The nearest Starbucks would work.

Btw, how many people are dying in thst damn subway everyday? Is there a problem? Ya think?

A better question is how many were murdered, abd what percentage of the total deaths are due to murder?

The answer is very few. Far fewer than the suicides, which are in turn fewer than the natural deaths. Any system with over a billion trips a year is going to have people die in it, simply because a person has to be somewhere when they die.

been a member of TWU (non right to work state, moved positions away from TWU as soon as I could) and would not believe a word they said.

Why are there dead bodies in the subway? The article doesn’t explain enough. I’m doubting there are routinely people dying of old age on their morning commute.

Yes, they do, actually. They must, if you think about it. Not of old age, but of all the normal things that people suddenly die of. And there are those whose chosen means of suicide is to jump in front of a train; this happens fairly regularly and there’s not much that can be done about it, though they never talk about it for fear of making it worse.

I got all excited when I first saw the title to this thread. Imagine my disappointment upon learning this is about the NY MTA and not Boston’s. Alas, my lifelong quest to learn of Charlie’s fate remains unfulfilled.

Oh, that’s easy. When they stopped charging to get off the Green line he just got off and went home. And never ate a ham sandwich again.