Proves the members of parliament are “sitting ducks.” 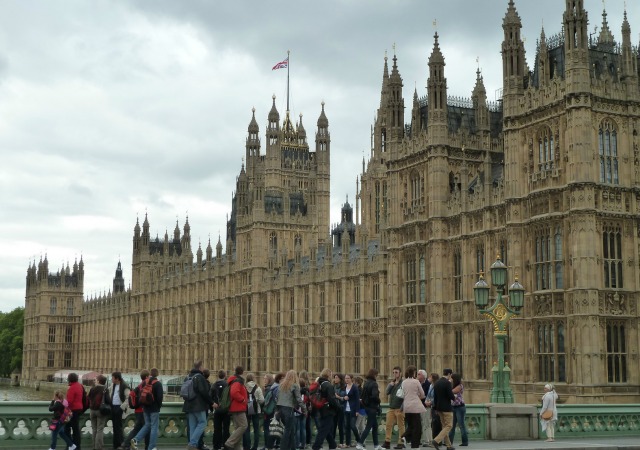 The Telegraph revealed that authorities conducted a mock terrorist attack on the UK Parliament earlier this year that exposed actual terrorists could easily break in and kill at least 100 Members of Parliament in a matter of five minutes:

In a simulated attack, which took place in the middle of the night, officers posing as extremists used a boat to gain access from the river. They then navigated the corridors and stormed the House of Commons chamber in an exercise that could have caused mass casualties if replicated in real life.

The drill took place when Parliament was in recess earlier this year, with the vast majority of MPs and peers being kept in the dark about the results.

Sources said that the weaknesses shocked them and called the MPs “sitting ducks.” From The Independent:

Another said: “I remember thinking ‘Jesus Christ, if that’s where we are at and that can happen, then the public would be horrified’.”

The Telegraph reported these findings:

In the autumn, Parliament security will reissue more than 15,000 security passes, “with new identification cards including a name and photograph on both sides as well as a ‘distinctive hologram’.”

The review came after five months after terrorist Khalid Masood plowed his SUV into people on Westminster Bridge and then drove into the perimeter fence at Parliament. After he went through the fence, he “got around a dozen meters into a courtyard behind the security perimeter before being shot.”

Then last week, authorities arrested a man with a 4ft sword outside of Buckingham Palace. He shouted “Allahu Akbar” as police got ahold of him.

Odd, but in that ‘findings’ list of security upgrades, I saw no mention of expelling most, if not all, muslims from England.

Their immigration and assimilation policy will doom them long before a terrorist raid on Parliament.

Don’t mean to be a cold fish when it comes to security but why are MPs more important to protect than the public at large?
Why are Senators and Representatives and Presidents more important to protect than the public at large?
Is Great Britain defined by who is the PM or who is in the House of Lords or the House of Commons?
Is the United States defined by who is the President or who is a Senator or representative?
My point is that as passionate as people are for “their guy” The United States would continue to be the United States if we lost all 535 members of congress and the President.
When the 9/11 guys flew into the towers and pentagon etc., they did it to try and tear down and make a statement. The U.S.A. is more than who are our elected officials. The country would and did carry on with the other 320 million people who are here and citizens. We mourn and miss those who died and celebrate those who lived and helped to rescue and on and on, but that is just my point. We survived, not because of who was President or Senator or whatever, we survived because most of the 320 million of the rest of us know just what America is. It is inside of us and part of our being. Those of us who love this country know that flying a plane into a building will never destroy this country. We rightly protect ourselves, fight against the evil, and do whatever it takes to protect ourselves and our country but ISIS/Al Queda/Muslim Brotherhood/PLA/HAMAS et al will never destroy us. All they can do is try and break physical things, they can never ever break our American hearts and souls.

In this day and age (at least considering America), save for about 10 percent of Congress members, getting rid of the rest would be desirous.

Mock attacks are essential, and they should be carried out by our best.

They should happen a lot more often than I think they do. And they should be kept very, very quiet and their results reported to the people who are typically embarrassed by them. IF they fail to ACT, THEN they should be made public.

When the pols and candle light vigils say “we will not be bowed by this”… they have with each barrier. 911 did change us… the terrorist have changed our world and all is a defensive battle to play nice to those that spawn this.

Winning is out of the question for most as they can not stomach abandoning their “principles”. Better to die a victim than be victorious and “hateful” and “phobic”.

Note how every attack by jihadis increases security measures, which in turn reduce the freedoms of the people.
I think that goes a long way to explaining (beyond ideological agreement on destruction of the West) the leftists reluctance to fight the jihad.

It is a convenient tool for Big Government and totalitarian wannabees to increase their power.

“The public would be horrified”, what about you aswipe?