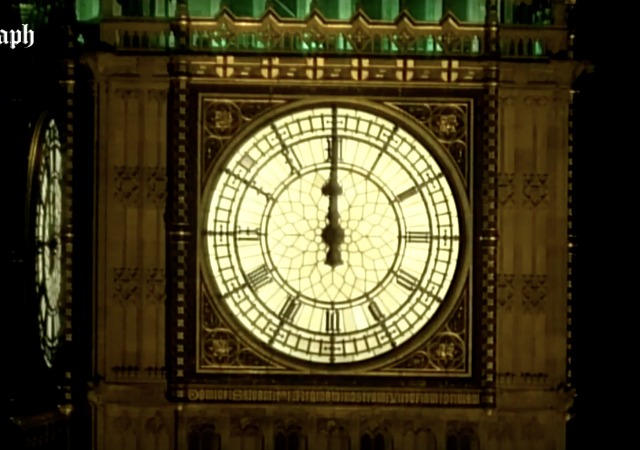 London will lose the famous chimes from Big Ben until 2021 for repairs. CBS News reported:

The bongs of the iconic bell will be stopped on Aug. 21 to protect workers during a four-year, $38 million conservation project that includes repair of the Queen Elizabeth Tower, which houses Big Ben and its clock.

Steve Jaggs, keeper of the Great Clock, said Monday that the mechanism will be dismantled piece by piece and its four dials will be cleaned and repaired.

Big Ben has been stopped several times since it first sounded in 1859, but the current restoration project will mark the longest period of silence for the bell.

It will still sound on big occasions, such as Remembrance Sunday.

Jaggs said last year when the renovation plans were announced that it couldn’t wait much longer.

“The tower is not unstable,” he said. “But unless we do something now it’s going to get a lot worse.

“We need to do the work pretty soon to keep this for future generations to enjoy.”

Jaggs said the renovation would include work to repair corrosion to the cast-iron roof and stop water seepage that threatens to “blow chunks” of stonework from the iconic 160-year-old building.

The huge clock will be stopped for several months so that Parliament’s clockmakers can work on the 13-foot pendulum and remove the hands from each of the four faces.

The 13.5 ton Big Ben bell will cease to sound the hours for the next four years however, while it is cleaned and checked for cracks.

Officially named the Elizabeth Tower in honor of Queen Elizabeth II, the structure is one of London’s most famous landmarks. It became a symbol of defiance when it survived German bombing raids during World War II — though one of the four clock faces was blown out.

They didn’t have this sort of hooliganism when Lord Grimthorpe was around.

By the time 2021 rolls around, the tower will be sounding out the call to prayer 5 times per day. Europe is past reviving.