“the whiny party — the party that doesn’t really wanna win, they just wanna be pure” 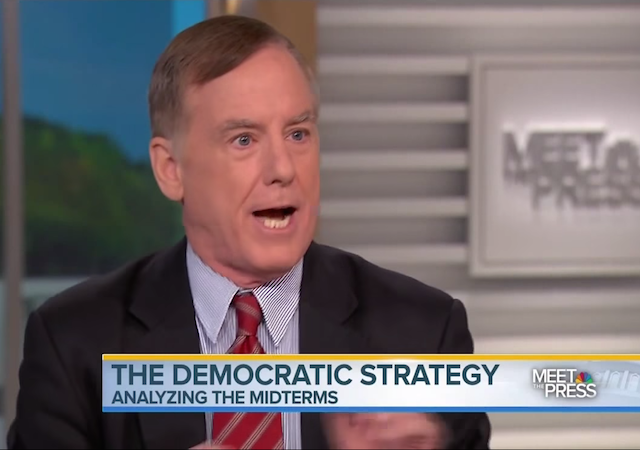 As Democrats struggle to find a message that will unify its multiple factions while also winning back the “forgotten” voter who voted for Obama and then switched to Trump in 2016, former Vermont governor Howard Dean (D) has little patience with the “whiny wing” of the “progressive party.”

Former Democratic National Committee (DNC) Chairman Howard Dean ripped what he called the “whiny” portion of the Democratic Party on Saturday in response to criticism of Sen. Kamala Harris (D-Calif.) by a number of progressives.

“There has always been a section of the left, which I call the whiny party — the party that doesn’t really wanna win, they just wanna be pure, and if they go down swinging purely, then that’s fine,” Dean, who ran for president in 2004, told MSNBC’s Joy Reid on “AM Joy.”

“Well, the problem with that is it leaves behind the people who really need their help,” he continued. “If we’re gonna have a single-payer or Medicare for all or whatever, we’re gonna have healthcare that covers every American, as every other industrialized country has, then we all have to pull together.”

. . . .  “And people who sit out or crank on some candidate because they did this or that that wasn’t to their purity test are basically turning their back on the very people they pretend to represent,” Dean said.

“So I don’t have a lot of patience with this wing of the progressive party.”

What is Howard Dean’s relevance to anything these days?

That’s it – our political leadership is drawn from the contentions between the stupid party and the whiny party.

VA level healthcare for everyone!

What about the screechy wing?