Andrew Sullivan on far leftists: “anything that is predominantly ‘of color’ is preferable to anything, like Judaism and Christianity, that can usually be described as ‘white’” 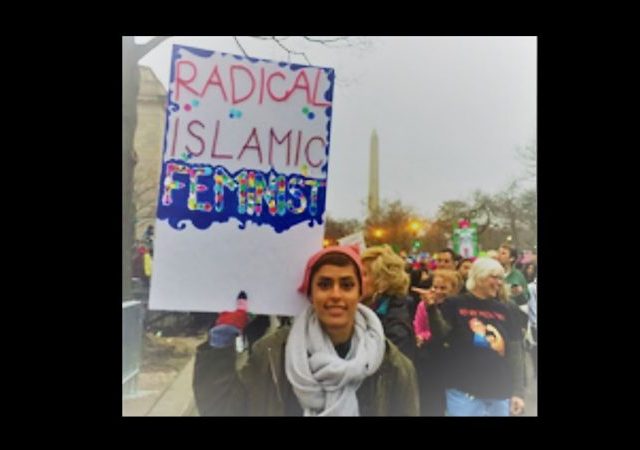 The cancellation of an appearance by noted atheist author and speaker Richard Dawkins is just the latest example of campus speech shut down. We covered the shut down in Richard Dawkins Berkeley Event Canceled Over Tweets Critical of Islamism:

Dawkins refused to apologize, as reported at Berkeleyside:

“The idea that I have engaged in abusive speech against Islam is preposterous, which even the most rudimentary fact-checking by KPFA would have made clear,” Dawkins is cited as saying in the press release. “I have indeed strongly condemned the misogyny, homophobia, and violence of Islamism, of which Muslims — particularly Muslim women — are the prime victims. I make no apologies for denouncing those oppressive cruelties, and I will continue to do so.”

Dawkins cancellation is just one manifestation of a regressive left

Andrew Sullivan at New York Magazine examines the significance of the Dawkins’ cancellation:

It’s revealing, it seems to me, that Richard Dawkins is the latest target of the authoritarian left — and why he is under attack. This week, he was disinvited from a book event hosted by a progressive radio station, KPFA, because of his criticisms of Islam. “While KPFA emphatically supports serious free speech, we do not support abusive speech,” the radio station explained. “We apologize for not having had broader knowledge of Dawkins’s views [on Islam] much earlier.” This is hilarious. As anyone with a brain and an internet connection knows, Dawkins has made a second career out of vilifying religions of all kinds.

To take one random example, here’s what he has written of Judaism: “The God of the Old Testament is arguably the most unpleasant character in all fiction: jealous and proud of it; a petty, unjust, unforgiving control-freak; a vindictive, bloodthirsty ethnic cleanser; a misogynistic, homophobic, racist, infanticidal, genocidal, filicidal, pestilential, megalomaniacal, sadomasochistic, capriciously malevolent bully.” Why is he Islamophobic and not also obviously anti-Semitic? Why was one disqualifying and the other not? And I won’t begin to cite his fulminations against Christianity. Perhaps his sin was a recent, not completely relativist pronouncement that “it’s tempting to say all religions are bad, and I do say all religions are bad, but it’s a worse temptation to say all religions are equally bad because they’re not. If you look at the actual impact that different religions have on the world, it’s quite apparent that at present the most evil religion in the world has to be Islam.”

Notice the qualifier: “at the present.” And with that qualifier, who, on earth, could deny this? Is there a Christian regime currently anywhere even close to ISIS’s caliphate? How many Jewish terrorists are setting off bombs at pop concerts full of young girls? History is replete with horrors of all religions when abused by fanatics. But today, it is Islam that is clearly out in front. Dawkins is not, moreover, attacking Muslims. In fact, in the same interview, he immediately followed up with this: “It’s terribly important to modify that because of course that doesn’t mean all Muslims are evil, very far from it. Individual Muslims suffer more from Islam than anyone else.” KPFA couldn’t read that far?

I fear that the truth is Islam has become an untouchable shibboleth for some on the left. What they lacerate in other religions, they refuse to mention in Islam. Sexism, homophobia, the death penalty for apostasy … all of this is to be rationalized if the alternative is Islamophobia. Why, one wonders? Is it because Muslims are a small minority? But the same could be said for Jews. My best guess is simply that, for the far left, anything that is predominantly “of color” is preferable to anything, like Judaism and Christianity, that can usually be described as “white.” That’s how “intersectionality” can be used to defend what would otherwise be indefensible. The preoccupation with race on the far left is now so deep, in other words, it’s becoming simply an inversion of that on the far right.

We are seeing this strange far left love affair with Islamism in many places, all under the banner of intersectionality.

“Individual Muslims suffer more from Islam than anyone else”

“Why is he Islamophobic and not also obviously anti-Semitic?”

Embrace the power of ‘and’ while recognizing that the Left has gone anti-Semitic, and views this as a good thing. Does Andrew Sullivan not know this?

“My best guess is simply that, for the far left, anything that is predominantly “of color” is preferable to anything, like Judaism and Christianity, that can usually be described as “white.””
Bingo.
The left has lumped Islam and Muslims in with the other poor, picked on minorities under the thumb of the evil racist whites. That’s why Linda Sarsour automatically becomes a “person of color” when criticized.
It’s racist to question a person of color as far as the left is concerned.