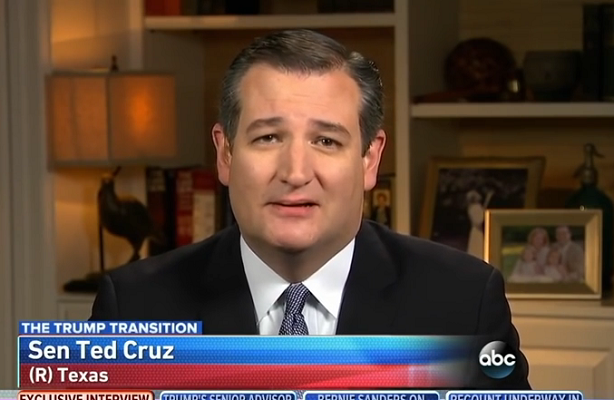 The mainstream media is at again: walking their well-worn propagandist path between fact and a fiction they hope seeps into public consciousness.  This time the target is Texas lawmakers who are requesting federal aid in the wake of Hurricane Harvey.

The intent is to paint Republican lawmakers as “hypocrites” because they voted against the hideously pork-laden Hurricane Sandy relief package, yet are now requesting federal aid.

As a quick reminder, the Sandy aid package included taxpayer money earmarked for Alaska fisheries, Amtrak “expenses,” new vehicles for assorted federal agencies, and a range of other pork projects completely unrelated to the hurricane.

Headlines blast a fact but purposefully avoid context or explanation.

Texas senators who voted against aid for Hurricane Sandy ask for federal assistance ahead of Hurricane Harvey https://t.co/NYk2DHuXkT pic.twitter.com/i6RKaOPwy1

A “culture writer” for the New York Times tweeted out the Dallas Morning News story and was called out for the lack of context.

I think your tweet is missing a *little* context/explanation. pic.twitter.com/KfcmgFPvGH

The Sandy disaster relief bill was so pork-laden that it was impossible for fiscal conservatives to vote for it (as Democrats well knew at the time).

The Inquisitr reported in 2013:

Republican Representative Darrell Issa had this to say about the spending initiatives in the Hurricane Sandy relief bill:

“Your two senators packed this with pork. They had the opportunity to have a $27 to $30 billion dollar legit relief packages, packed it with pork, then dared us not to vote for it.”

Representative Issa was referring to New York Senators Kristen Gillibrand and Chuck Schumer. Some of the disputed items in the Super Storm Sandy disaster aid bill include a $150 million in funding for Alaskan fisheries. The bill would also have reportedly increased spending to the national flood insurance program, which is expected to max out its borrowing limit next week. If the flood insurance program cannot borrow more money, it will reportedly only be able to pay 12,000 of the estimated 139,000 of the Hurricane Sandy related claims, according to The Atlantic Wire.

The Bennington Banner notes multiple “pet projects” which have caused angst among Republican lawmakers who likely want to help Hurricane Sandy victims. Some of the disputed hurricane relief bill pork measures in $336 million in Amtrak expenses and $2 million in taxpayer funds to repair a room on one of the Smithsonian buildings in Washington D.C.

The publication also reports that the Super Storm Sandy relief legislation also includes $8 million to purchase new vehicles for federal agencies. A total of $4 million for repairs to the Kennedy Space Center were also added to the disaster relief bill.

In 2013, Democrats hammered the GOP for not voting for a Sandy aid package that had more federal monies going to pork than it did to actual assistance for those affected by the hurricane.  Republicans were cold and heartless and wanted Sandy victims living in the streets . . . you know the drill.

In 2017, the media is hammering the GOP for not voting for the Sandy “aid” package.  Republicans are not only cold and heartless, but hypocrites, as well.

This is exactly the sort of the thing that reinforces and legitimizes the public’s distrust of and disdain for the media.

Isn’t the U.S. Government broke? I must be wrong. I guess a counterfeiter is never broke.

“The mainstream media is at again: walking their well-worn propagandist path between fact and a fiction they hope seeps into public consciousness…”

Much more ominously, the leadership of the Republican Party – OUR party – is in league with them, and is standing out of their way. THAT is the story.

Same BS thrown at Cruz in 2015, when there was big flooding in Texas then.

Leftists are disgusting. They have no purpose in life except politics. And what’s even more pathetic is that the one thing they do – they stink at it. They control nothing in America except a handful of states and urban hellholes, all of which they’ve ruined.

Yeah this is the first thing on the minds of people wading through a living room in 3 feet of water today.

“Leftists are disgusting. They have no purpose in life except politics….”

They have a bigger purpose than that: fascist control of our nation. Without exaggeration, our lives would be worth less than a GOPe promise.

let’s see the DummyCraps vote against Texas and expect to win there in next election cycle.

So call their bluff — load the Texas relief bill with Obamacare “savings” and let them vote it down.

THAT is an astounding idea. My hat is off to you!

And the Democrats were able to get away with hammering the GOP for not voting for the Sandy aid bill because their handmaidens in the media would not report the truth about the bill!

We cannot allow socialism to invade TX. We must vote down all government aid packages and allow the people to help themselves. We believe in bootstraps for a reason. Helping the people of TX with federal monies, our monies will only make them dependent…

Which would be lovely, if only Texans weren’t taxed to help the victims of every other disaster. Federal disaster relief is indeed unconstitutional, but now that Texans have been soaked to pay for everyone else they’re entitled to get their own back when they need it. Either pay up, or refund them every penny they’ve ever paid for other people, with interest, and exempt them from all such exactions in the future.

I think we Texans should just secede. We don’t need Federal assistance or military jobs here. We’ll be fine by ourselves. Hopefully, we won’t rebuild in the flood prone areas as these types of disasters will become more common with climate change.

When the Senate passed the long-delayed $50.5 billion Hurricane Sandy relief package, 36 Republicans voted against the bill. But of the 32 no-votes from Senators who were not brand-new members, at least 31 came from Republicans who had previously supported emergency aid efforts following disasters in their own states.

While opponents complained that the bill contained too much unrelated “pork,” each of the 30 of them who had been present earlier this month when the Senate passed the much-smaller $9 billion Sandy relief bill (WITHOUT PORK) also voted no. All five top members of the Senate Republican leadership voted no on both.

Most incredible among the no voters were Senators Kelly Ayotte (R-NH) and Pat Toomey (R-PA). Those two had not just backed disaster aid in the past — they actually sought disaster aid for their own states for relief from Hurricane Sandy. And Sen. John Boozman (R-AR) endorsed disaster relief for snow storms damages in Arkansas just four days before casting his “nay” vote.

Not one of the opponents has co-sponsored Sen. Harry Reid’s (D-NV) “Extreme Weather Prevention and Resilience Act” which would encourage Congress to “prepare and protect communities from extreme weather, sea-level rise, drought, flooding, wildfire, and other changing conditions exacerbated by carbon pollution” and “reducing pollution, promoting the use of clean energy sources, and improving energy efficiency.”

While opponents complained that the bill contained too much unrelated “pork,” each of the 30 of them who had been present earlier this month when the Senate passed the much-smaller $9 billion Sandy relief bill (WITHOUT PORK) also voted no.

BS. There was no porkless bill. HR1 was far smaller than HR8, but it had plenty of useless and wasteful spending that had nothing to do with actual relief for the disaster victims, and principled Republicans were right to oppose it (even without bringing the general objection to all federal disaster relief, which has no basis in the constitution).

Actually, there is no direct basis, in the US Constitution, for much of anything that the federal government does. However, a case can be made for funding to repair infrastructure which contributes to interstate commerce, Repairs of roads, river and canal infrastructure, electrical grids, communication grids, railways, etc. could, arguably, fall under interstate commerce, following a natural disaster. The same could be done with law enforcement grants. Simply giving money to residents to repair their property would be couple of bridges too far. And, certainly, spending money of salmo fishing in Alaska, for a natural disaster in New Jersey would be ludicrous.

Nothing about salmon in the final bill: https://www.congress.gov/bill/112th-congress/house-bill/1/text

No, the salmon were in HR8. But HR1 was packed with pork, did not offset spending elsewhere, and expanded the federal involvement in flood insurance, which shouldn’t exist.

Since we are talking about the final bill, all that was funded was related to Hurricane Sandy. Obviously, we Texans think anything related to New Jersey and New York is pork. When we secede, then we can see how well they survive without us!

Since we are talking about the final bill, all that was funded was related to Hurricane Sandy.

No, it wasn’t. Saying it’s related is not the same as being related. Nor were there offsetting cuts to other spending, and the insurance takeover was still in there.

I totally agree — but who knows where I can see the bill with all the pork? I really want to forward it to all those liberals I know.

The only Hurricane Sandy relief bill I found was introduced by a Republican and was only 135 words — increasing the Flood Insurance temporarily — and it had no amendments.