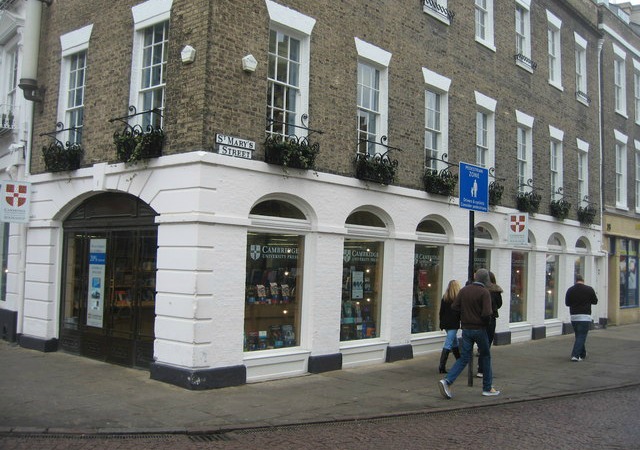 Cambridge University Press received backlash when it decided to cave to China’s request to censor 300 articles from China Quarterly. Today, the world’s oldest publishing company has decided to reverse its decision. From The Washington Post:

The British-based publisher announced Friday it had removed 300 articles and book reviews from a version of the China Quarterly website available in China at the request of the government. But on Monday, it apparently rescinded that decision after outrage from the academic community.

“Following a meeting with officers from the Cambridge University Press (CUP), the China Quarterly has been informed that CUP intends to repost immediately the articles removed from its website in China,” Tom Pringle, editor of China Quarterly, said in a statement published online. “The China Quarterly will continue to publish articles that make it through our rigorous double-blind peer review process, regardless of topic or sensitivity.”

The articles touched on topics deemed sensitive to the Communist Party, including the crackdown on pro-democracy demonstrations in Tiananmen Square in 1989, policies toward Tibetan and Uighur ethnic minorities, Taiwan and the 1966-76 Cultural Revolution.

The articles would still have been available on a version of China Quarterly accessible outside China.

In an open letter published on Medium.com, James A. Millward, a professor of history at Georgetown University called the decision “a craven, shameful and destructive concession” to the People’s Republic of China’s growing censorship regime.

Millward said the decision overruled the peer-review process and the views of editors about what should be in the journal and was a “clear violation of academic independence inside and outside China.”

He added it was akin to the New York Times or the Economist publishing versions of their papers inside China omitting content deemed offensive to the Party. “And as my colleagues Greg Distelhorst and Jessica Chen Weiss have written, ‘the censored history of China will literally bear the seal of Cambridge University.’”

“It is noteworthy that the topics and peoples CUP has so blithely chosen to censor comprise mainly minorities and the politically disadvantaged. Would you censor content about Black Lives Matter, Mexican immigrants or Muslims in your American publication list if Trump asked you to do to?,” he asked.

Would you censor content about Black Lives Matter, Mexican immigrants or Muslims in your American publication list if Trump asked you to do to?,” he asked.

How about if Obama asked them to?

With our modern incarnation of intelligentsia, what they don’t ask is sometimes more revealing than what they do.