A short tour of 4 countries in the “New Europe”

A short tour of 4 countries in the “New Europe”

A look at Hungary, Serbia, Bulgaria and Romania during my recent travels 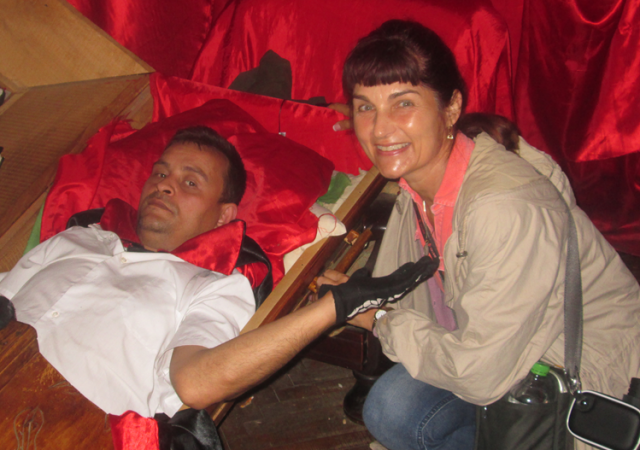 After the collapse of the Soviet Union, U.S. Defense Secretary Donald Rumsfeld created a stir when he dividing the continent into what he called “old Europe” and “new Europe.”

In the summer of 2009, after the first Tea Party protests, SoCal Tax Revolt Coalition representatives were invited to to meet with young politicos from Europe by the U.S. State Department. This future leaders made the request to learn more about the nascent citizen activist organizations.

I vividly recall that those participants from the “Old Europe” were very hostile to our free-market attitudes and our concerns over illegal immigration. Meanwhile, the young members of “New Europe” looked like they were taking copious how-to notes.

It appears that the four countries of “”New Europe” I visited are currently embracing liberty and capitalism, and are slowly recovering from their time under the Soviet socialist system. Perhaps no better example of entrepreneurial success comes from Romania, which has turned its connections to Bram Stoker’s Dracula into a boom industry! I will simply say that the rumors of an IRS office in Dracula’s Castle appear to be untrue.

How much has “New Europe” recovered from its time under the Soviet thumb? As a tourist, it is difficult to assess in detail. News reports indicate Hungary’s economy is on the rise, the Bulgarian GDP has seen a substantial increase (which could be attributed to how many souvenirs I bought), and Romania’s economy is expected to grow over 4 percent this year.

I spent little time in Serbia, as we were only in the country long enough to overnight in Belgrade en route to Bulgaria. It’s economy is sluggish, which may reflect the fact it is still recovering from the Kosovo War and is the only nation amount the four I visited that is not a member of the European Union.

Yet, from the little I observed on my tour, I would say the degree of today’s recovery reflects how badly the nation fared under their various Communist leaders. For example, Budapest’s markets were the most open in the region and it became the shopping spot of Eastern Europe, and they moved the old Soviet monuments to Memento Park instead of detonating them to oblivion. It also appeared to be the most prosperous of the 4 nations, though it is going to be quite some time before the old Soviet block-style apartments are redone to be less of an eyesore.

Bulgarians went back and forth between hard-line and more free-wheeling communism. However, the impressive mausoleum of the first Communist leader, Georgi Dimitrov, was destroyed by explosives in 1999 and only the block-apartments remain as a reminder of that era. So, I think we can assume that the Bulgarians were less than impressed with the former system. In a fascinating move, the Bulgarians even elected their last king, Simeon II, as their Prime Minister from 2001-2005. Overall, Bulgaria appeared to be a prosperous country and its roads were the better than many in California.

Romania’s experience with Communism was brutal under the dictatorship of Nicolae Ceausescu. In fact, the bulk of the tour through Bucharest was recalling the hardships endured under Ceausescu and his equally repulsive wife, Elena. The focus of a day was the People’s Palace, the second largest building of the world and a testament to the ego of the Ceausecus.

A large portion of the nation’s wealth and resources went into its construction, and it is good to see the Romanian people trying to use it to enhance their prosperity. Fun fact: Donald Trump once asked to purchase the property for a casino.

Early in his career, it appeared that Ceausescu began governing Romania as a flexible Communist, but became enchanted with the cult-worship style of government after a tour of China and North Korea in 1971. Subsequently, the national coffers were drained and the nation and its people have more recovery to do. Yet, there was construction and renovation throughout the country.

Furthermore, the Romanians were the only ones who painted their Soviet-style apartments so they didn’t looks so drab. Additionally, throughout the countryside, you would be treated to the new palaces…of Gypsy royalty! 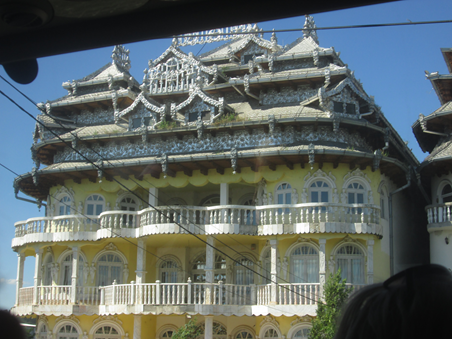 The dictator’s end began at a distant city when demonstrations began in Timișoara on behalf of a Hungarian pastor ignited a massive, anti-government riots that ended in the Ceausescu’s execution on December 25, 1989. One has to wonder of the North Korean’s might take this approach, in which a distant city inspires the rest of the nation to end a brutal dictatorship.

In conclusion, the tour of Hungary, Serbia, Romania and Bulgaria had everything a Tea Party activist could want: Great food, wonderful history, and celebrations of liberty and freedom. God bless the “New Europe”!

True, as a Croat, Tito was probably born a subject of the Hungarian part of the old Dual Monarchy, rather than as an Austrian. But the country of which he was dictator and feted “Third Way” (I’m tempted to say fetid) Socialist was Yugoslavia, not Hungary.

Thanks for the catch. I will blame jet log for conflating the two countries, and have updated the post accordingly. Much obliged.

I truly think the world would be a better place if more dictators met their end the way Ceaucescu did.

From “Vlad the Impaler” to “Vlad the Retailer” in one generation. Yay!

I remember a report on the first hamburger restaurant in Poland after the collapse. The owner barely knew what a cheeseburger deluxe was. Had difficulty getting hold of a sandwich lettuce, had to teach the bakery how to make a soft bun he could cut, but he had a picture of a hamburger, had heard of them all his life, and opened on hope. To a line a block long.

If you tried to open a business like that in the USA, the block long line would be agents from the IRS, Health Dept, SEIU, State Board of Equalization, FDA, Dept of Agriculture, EPA, Fire Dept……..

Wow! What a wonderful trip, Leslie. Thanks for the writeup.

Did you pick up any info on how things are going in the Czech Republic?

Leslie Eastman in reply to notamemberofanyorganizedpolicital. | August 2, 2017 at 12:46 pm

No…but Prague is on the top of our list for the next European destinations.

notamemberofanyorganizedpolicital in reply to Leslie Eastman. | August 2, 2017 at 12:50 pm

Ceausescu convinced millions of Romanians that their children were better off being raised in sterile, state-run orphanages than at home with mom and dad. The result is 2 or even 3 generations now that have no idea what a family is and how important that structure is in society. His blunderings will take generations more to undo, if ever.