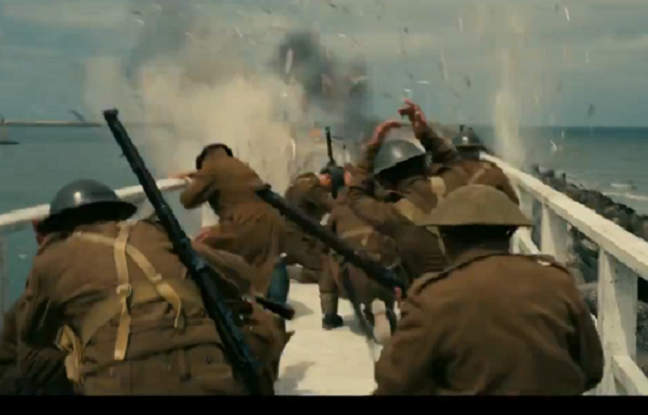 USA Today bemoans the lack of gender and race diversity in a film about the battle of Dunkirk.

Apparently, it’s too historically accurate.  Or something.

When 400,000 men couldn’t get home, home came for them. Tickets Now On Sale: https://t.co/VpzSfqhDsF #Dunkirk pic.twitter.com/AKwhLdkYaj

USA Today’s Brian Truitt describes himself as a “shameless geek,” but oddly enough omits the fact that he is also just as shamelessly ignorant when it comes to the signaling of his own CorrectThink virtue. In his review of Dunkirk, director Christopher Nolan’s big-budget look (opening this weekend) at an actual historical event that took place in the early days of World War II, Truitt offers potential ticket-buyers the following trigger warning:

The trio of timelines can be jarring as you figure out how they all fit, and the fact that there are only a couple of women and no lead actors of color may rub some the wrong way.

Where in the world do these freaks come from?

Did Truitt do any homework about the background of this movie? He does appear to know that Nolan’s latest is based on a true story, which I guess is a start, but he probably learned that from the trailer. The real question, though, is just how clueless about history, about the biggest world event of the 20th century are you when you find it “jarring” that Wesley Snipes doesn’t show up to save the day or that Sandra Bullock is not driving a tank that will explode if it goes under 50 miles per hour?

Can’t do math or history? What can the libs do?

400,000 British soldiers on the French coast. Probably weren’t too many people of colour there at the time. I suppose fighting against the Nazi’s to save civilization and dying by the thousands was white privilege…

(As the old pop song goes)
Don’t know much about history…
(Then the Lib version)
…or anything else, for that matter, that’s older than I am, since *I* am the center of the universe and all else is to be evaluated in relationship to that all-important reference point.