The New York Times and other stuff states hate the most

The New York Times and other stuff states hate the most 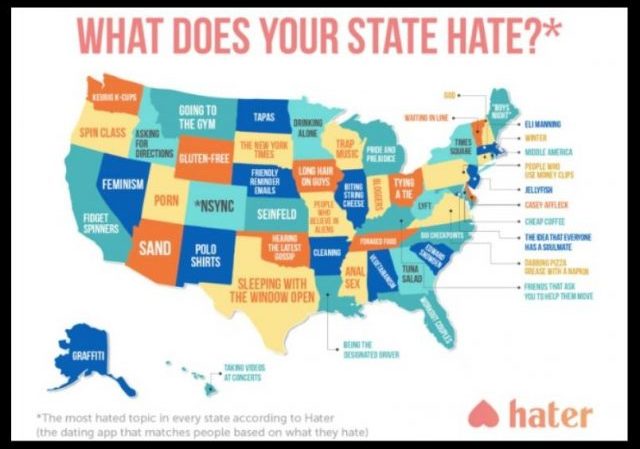 Typically these types of reports include the use of y’all vs. you all, or soda vs. pop.

Hater asks users to rate their level of “like” on various subjects. They’ve compiled user data to produce a map of the U.S. illustrating the most hated (of the topics available) issue or thing in each state.

The New York Times, bloggers, cheap coffee, sand, and being the designated driver top the most-hated things in a handful of states. 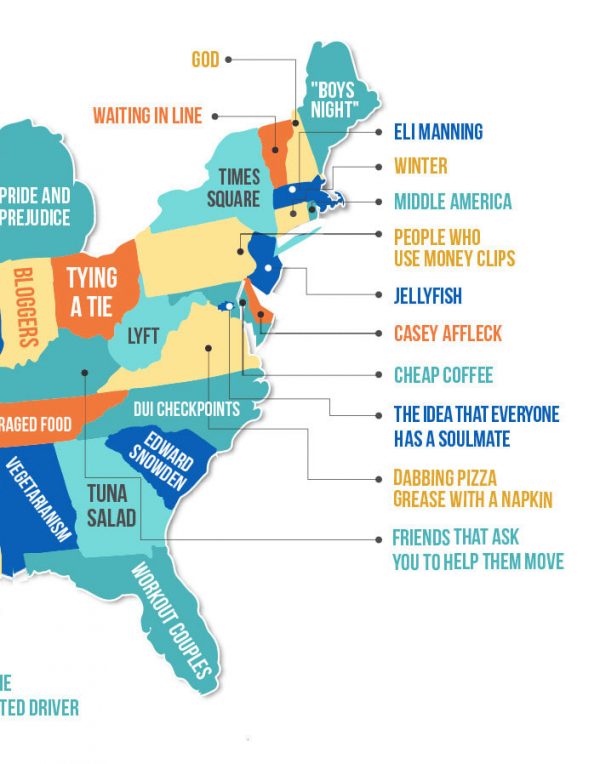 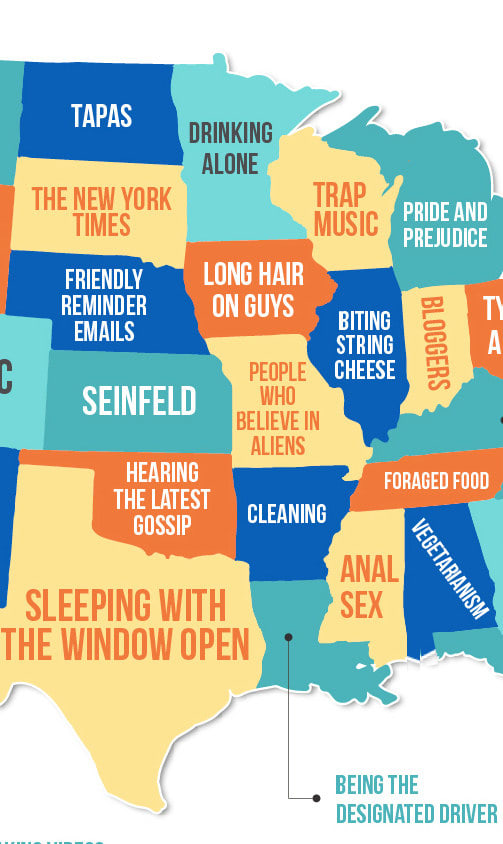 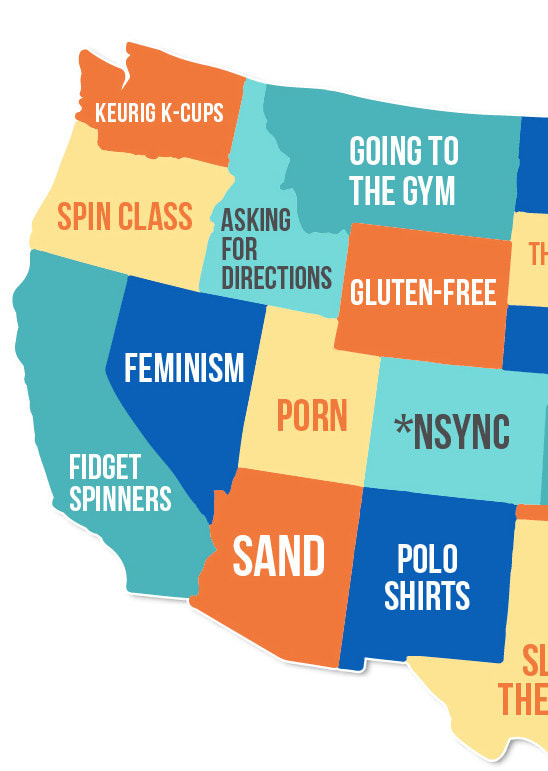 Taking concert videos is a great way to annoy Hawaiians:

And the whole map: 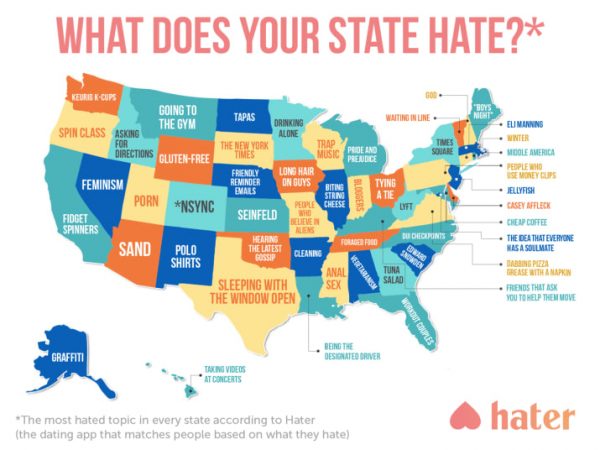 What do you think? Accurate?

I do too, but there is one thing that bugs me about this one – the data set. The user base of an app I’ve not heard of is going to be a self-selected subset of the population rather than a representitive sample. This makes the conclusions little better than speculative.

As for the anecdotal side, if they say “New Yorkers Hate Times Square” I’d wager their user base in NYC-skewed, because that particular geographic feature has almost no emotional investment from us upstaters.

notamemberofanyorganizedpolicital in reply to UnCivilServant. | July 24, 2017 at 12:08 pm

Probably the same sub-set that uses Grindr for hookups.

“What do you think? Accurate?”

Yea. Right up there with the rest of the fake news.

Let’s not forget something: despite the designation of states as ‘red’ or ‘blue’ (how in the world did we let the left seize the color blue for themselves, and designate commie-red for us?), a good portion of leftist states have large populations of conservatives.

The pathetic crooked-hillary won the popular vote, but by doing so in heavy left states.

“Half of Clinton’s popular vote lead over Trump came from 1.5 million voters in the five counties that make up New York City.

Indeed, many of the counties Clinton won are in affluent urban areas on the West and East coasts, which is how she can come out on top in the popular vote with so few counties on her side. Trump’s counties, on the other hand, are in large part found in less-populated and often relatively poor, rural areas comprising the rest of the country. In terms of land-area, Trump won the vast majority of the country, as The New York Times illustrates in two amazing maps that break up the country by the vote.

“Trump managed to flip more than 200 counties that voted for Obama in 2012, by the way, Clinton flipped just 30 counties that went Republican in 2012. The difference highlights how winning a U.S. presidential election is more about plurality votes than it is about net votes.”

notamemberofanyorganizedpolicital in reply to TheFineReport.com. | July 24, 2017 at 12:11 pm

Those half-dozen, super-rich, globalist counties could afford to buy many more votes. SNARK!

FineReport – Another common trait of a “Blue” state would be large populations of illegals. The sort of people who don’t care for our laws to begin with, who would go ahead and vote for Hillary because Obama said they should….

It continues on. But our hope is with Trump and DeVoss:

BTW: for “most hated topics,” how come no state on the map says “NY Times?”

I don’t even know what “Spin Class” is. How can I possibly hate it?

Personally, I’m not all that fond of politicians who think the New York Times and Washington Post are gospel and who bow and scrape to be approved by their editorial whims.

Results show the claim is disputed, but still.