You can’t make this stuff up 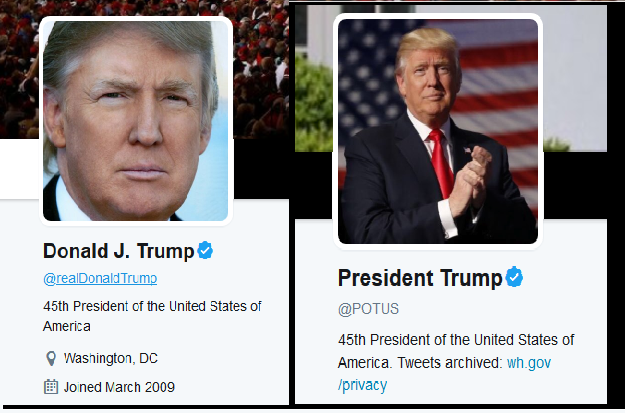 We’ve already covered the possible lawsuit against President Trump for blocking people on Twitter, and now there’s a new person complaining that her “career” is ruined because she’s been blocked by Trump.

In an article entitled “Trump Blocked Me on Twitter and It’s Costing Me My Career,” some “politico-legal” pundit no one has ever heard of complains about the horrendous impact Trump’s Twitter block has had on her “intellectual” life.

Most of my writing is about the Trump administration. In fact, my mandate from Pacific Standard is “Trump and the law.” On Twitter, the bulk of my recent follower growth and new relationships with others in the politico-legal sphere have come out of responding quickly when the president tweets and engaging the threads of conversation that flow from those tweets.

So when President Donald Trump blocked me in June, apparently for suggesting that Russia influenced the outcome of the 2016 election, he harmed me professionally. Even though I knew @realDonaldTrump was important to my career, it still took me at least a few days to recognize how being blocked by the president on Twitter would affect me as a public intellectual.

. . . . Gone now is my ability to participate in the timeliest and most robust conversations around law, policy, and politics on Twitter—those around the president’s tweets. Taking part in these exchanges was an ideal way to stay current on not just facts, but new ideas. These threads make up the marketplace of ideas in which my peers and potential employers, colleagues, and audience are present and participating. I’ve been forced out and have no meaningful way to rejoin them.

. . . . When it comes to Twitter, I thought my fights would be confined to threads and direct messages. It never occurred to me that I’d end up in court. I can’t say I’m glad I have, but I am proud to stand up for the right to free speech, which is essential to not only to individual people—and entire professions—but democracy. Each day my appreciation grows for the magnitude of what I am part of. How I respond to being excluded from the president’s Twitter may be more important than anything I’ve ever said on Twitter.

OH NO! He BROKE her! He’s Hitler I say! Better he should have just grabbed her ????? unless she is a dog person. I could give a ####, but I have exhausted my annual supply. Please reapply after the first of the year when a can give a ####.

If I was her employer, this would be my line of thought:

My ‘mandate’ to you was to inform and report, not to engage in political activism or to make wild and unfounded accusations.
You acted recklessly. As a result of your actions now you are not able to fulfill your ‘mandate’.
You are fired!

But anyways, the way thing are today, her ‘mandate’ was probably NOT to report and inform.

I suppose pointing out that this has nothing at all to do with her problem is a bit too … I don’t know, “patriarchal” … or something.

Want to bet a left wing judge rules in her favor.

Even though I knew @realDonaldTrump was important to my career, it still took me at least a few days to recognize how being blocked by the president on Twitter would affect me as a public intellectual.

If she thought basing a career on bloviating about ephemera would provide value to society for which she would be commensurately rewarded then her self-proclaimed intellectualism to me appears to be nothing more than dimwitism, especially since it took her a few days to figure that out for herself.

The first amendment protects free speech equally in both public forums and designated public forums in that the government may not engage in “viewpoint discrimination.” In a designated public forum the government may control the manner of speech so long as free speech itself is not chilled. For example large signs, placards and air horns can be banned from an open city council meeting as these would be disruptive to full participation by the public.

For these reasons, our dimwitted intellectual has not been deprived of free speech rights by being blocked on Trump’s account. Moreover she has not been deprived of any forum whatsoever in which to express her viewpoint. Trump has not blocked her from Twitter altogether. She is free to use any other Twitter account, or any means of public communication to express her viewpoint on the contents of Trump’s Twitter feed. Not only can Trump block her on his feed, Trump can even tell her to her face to STFU on the steps of the Supreme Court.