“Those who understand political technologies, they understand very clearly that this simple thing is controlling the masses” 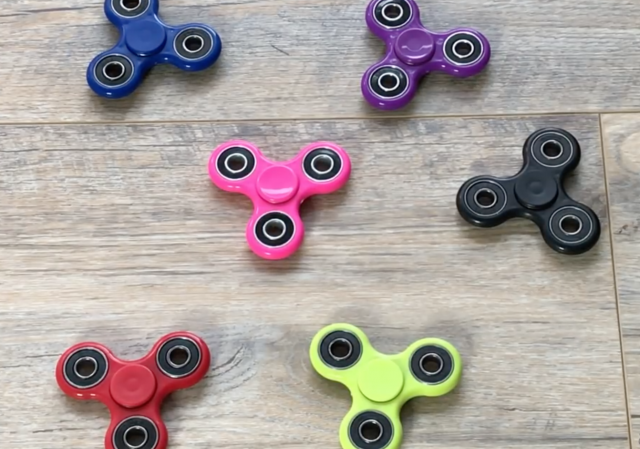 Fidget spinners — a $5 annoyance that can be purchased at gas stations, grocery stores, and every other place things are sold.

I can only assume they were invented by grandparents in what they believed was a hilariously vengeful move. Teachers hate them, kids love them. Contrary to some claims, there’s zero evidence these spinning gadgets help youngsters with difficulty focusing.

But these innocuous little toys have rankled Russians, many of whom are quite convinced fidget spinners are a dubious device designed to “control the masses”. They’ve accused opposition parties of attempting to “lure youth” and “zombify people.”

An investigation conducted by pro-Kremlin suggested exactly that.

according to one recent report on Rossiya 24 suggesting that Russia’s opposition parties were trying to lure young supporters and raise money by hawking spinners. (The fact that many of the participants in recent nationwide demonstrations organized by the anticorruption crusader Aleksei A. Navalny were young Russians had to be explained somehow.)

“It is a mystery why it has become so popular in Russia right now,” the television reporter said. “Who is promoting this to the masses so actively?”

Cut to a clip of a video blogger selling spinners during anticorruption demonstrations in June under the banner “Spinners from Navally.”

The reporter then held up another piece of evidence from his investigation: a spinner bought at a Moscow children’s store packaged with writing only in English. “Not a word in Russian!” he cautioned.

Commentators piled on, noting that the spinners might indeed be an attempt to “zombify people” so that they could be manipulated.

“In such a manner, our opposition is luring the youth,” Ruslan Ostashko, the editor in chief of a pro-Kremlin website, PolitRussia.ru, told Rossiya 24 in a separate report. “Those who understand political technologies, they understand very clearly that this simple thing is controlling the masses.”

Russia’s state-run consumer protection agency announced plans to further investigate the wily gadgets and their effect on the country’s youth.

*sigh* Among fads, they’re on the more harmless end of things. Why does someone always make a moral panic out of any fad that rolls by?

Back when I was a kid, (69) the must have toy that all teachers and parents hated were “Klackers” (google it)

They were everything a kid would love…noisy…fast…and dangerous as hell!!!

Klackers, most of a bolo. Orthopedist had to love these…..they were fun if you got them going. Real exciting when things started going bad.

I got a couple of good sized welts on my forearms from my Klackers….next door neighbor kid got a hairline fracture!

One afternoon,in the middle of a record setting exhibition, my clear red Klackers shattered in to a million pieces! (ending my Klacking career)

We had Lawn Darts also. My brothers and I played “chicken” Lawn Darts….good times!

In the Scouts, we played Chicken and Stretch with knives…good, clean, fun….

Aren’t CNN and the NYT trying to do the same thing every day to Americans, to the adults who know how to read or watch TV?

If that’s all it takes, “the masses” must all be Dimocrats!

The fidget spinner fad is almost over.
Store in my area couldn’t stock them fast enough a few months ago.
Now they’re selling them for a few bucks. They can’t get rid of them.

You know that somewhere there’s a guy with a whole warehouse full of those “Fidget Sinners”….