When money dries up, rebrand! 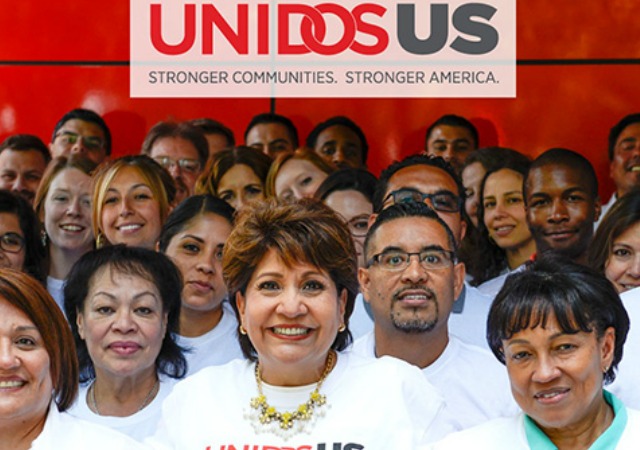 Radical Latino advocacy group (so they claim), National Council of La Raza recently announced a name change. No longer will the group be represented as a National Council of Race (literal translation), instead, they’ll call themselves something a bit more palatable — UnidosUS, or “UnitedUS”.

Like most corporate overhauls, the rebranding effort appears to be in the best interest of fundraising.

Since its inception in 1968, made possible in part by a grant from the Ford Foundation, La Raza has been far more dependent on boardrooms and government than grass-roots support. But with government largess drying up, the liberal political-advocacy group may find itself needing greater support from the rank and file. This won’t be easy.

Appealing to a broader swath of this diverse group is necessary now that the “fat years” under President Obama are gone. The Obama Justice Department made a practice of settling lawsuits against corporate defendants by requiring they make large donations to groups like La Raza. It was, in the words of House Judiciary Committee Chairman Bob Goodlatte, “a scheme to funnel money to politically favored special interest groups.” In a letter sent to Attorney General Loretta Lynch in the closing days of the Obama administration, Mr. Goodlatte noted that “in just the last two years, DOJ has directed nearly $1 billion to activist groups, entirely outside of Congress’s spending and oversight authority.”

Taxpayer money was flowing into La Raza coffers too. When Cecilia Munoz, a top La Raza lobbyist, joined Mr. Obama’s Domestic Policy Council, federal subsidies for La Raza went from $4.1 million to $11 million a year. And La Raza loyally promoted Mr. Obama’s policies as pro-Latino. You can expect the group to continue agitating on behalf of the Democratic Party.

While the word can translate to the race, in the context of its origins in the 1960s, the group’s name has meant the people or the community.

NCLR actually was preceded by the Southwest Council of La Raza, until it became a national organization in 1972.

According to NCLR, the group began looking into a name change three years ago to make a decision in time for its 50th anniversary next year. Community focus groups, meetings with individuals and a national online survey of U.S. Latinos were done. The work showed the NCLR name was outdated and did not resonate in the community.

Also the research showed it was turning some off, particularly young and more diverse people.

Murguía said the name change will begin at midnight, with the name to its Washington, D.C. office happening Tuesday and other changes, such as to the web site etc. being phased in over coming months.

How could calling yourself a Council for Race possible alienate potential partcipants?

In any case, like most progressive “grass roots” outfits, UnidosUS plays with big corporate advisors. As the WSJ noted, “the group’s corporate board of advisers still includes Comcast, AT&T, Bank of America, Chevron, Coca-Cola, Ford, Con-Agra Foods and other Fortune 500 firms.”

Will they fool people into buying into their radical agenda?

I sure hope not. Their mission has not changed, and we are fighting and gaining ground now! Thanks for cluing people in to who they REALLY are and what they are – racists parading as inclusive, open, friendly, compassionate…..you know the drill.

Expose them for what they are.

So now they’re joining with the transgender movement?

How about, “The Racists?” (Or is that name already taken by some other leftist/fascist group?)

That would lead to confusion with the congressional black caucus.

Alberto Fujimori, Orlando Cepeda, Linda Sanchez… all “Hispanics” none of the same Raza.

In other news, Mr A. Schicklgruber will be announcing his newly revamped group “Vereinigtes Deutschland”…

Names (and other legal camouflage) come and go, but this bunch will always be La Raza to me.

A rosa by any other name would be as racist.

A gramophone record commonly known as a vinyl record 78s

Hmmmm? The five billion dollar DOJ extortion settlement Eric Holder from Buraq Hussein Obama’s favorite banker, Jamie Dimon and immediately turned over to Liberal activist groups, comes to mind.
“What do we want? Dead cops! When do we want it? Now!”
NYPD officers Ramos and Liu could not be reached for comment.

With the media on their side, taqiyya can be effective for many leftist organizations. It works for the orthodox Muslim murder cultists and others are learning from their example.