You need a license to dog-sit in New York City! 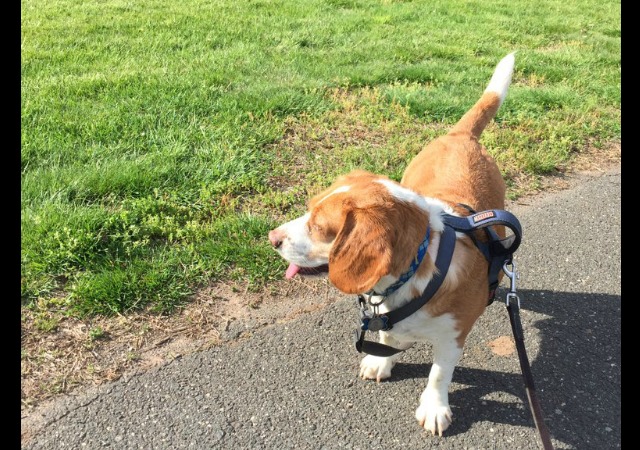 New York City users of the pet-sitting app Rover have discovered that dog-sitting without a kennel license is illegal in the city. New York Daily News reported:

The health code bans boarding, feeding and grooming animals for a fee without a kennel license — and says those licenses can’t be issued for private homes.

Health Department general counsel Thomas Merrill sent a letter last October to DogVacay.com, which has since been bought by Rover, warning that its users were breaking the law and asking the company to require sitters to confirm they have a license before joining up. The app has not done so.

No full-scale crackdown followed, but at least two apartment residents were slapped with violations in November and December for caring for pets without a permit. Fines start at $1,000.

The health department has tried to justify the law:

“To ensure the health and safety of pets and reduce risks to public health, the NYC Health Code requires certain businesses to obtain a Health Department permit and comply with necessary regulations – this includes animal boarding facilities and kennels,” he [spokesman Julien Martinez] said. “We also conduct inspections of these facilities to make sure animals would be secure and safe.”

The Gothamist also spoke to the health department:

According to the Health Department, the rarely enforced law is intended to protect animals from neglect, and “does not apply to the average New Yorker who may pet sit for friends, family, and neighbors.” However, online portals for pet-sitting like Rover and DogVacay (which Rover recently acquired), do “facilitate illegal boarding,” the spokesperson told Gothamist.

“If you’ve got a 14-year-old getting paid to feed your cats, that’s against the law right now,” said Rover’s general counsel John Lapham. “Most places right now continue to make it easier to watch children than animals, and that doesn’t make any sense.”

Pooch owners often find it cheaper and easier than sending their dog to a kennel, while others prefer to have their pet in someone’s home rather than kept in a cage for much of the day, Lapham said. “You [are telling] the middle class you can’t own dogs unless you can pop in your Range Rover and drive to Connecticut for a boarding facility,” he said.

City Council health committee chair Corey Johnson will draft legislation to get rid of the law:

“It’s so crazy,” said Johnson (D-Manhattan). “There are millions of cats and dogs in New York City, and people I think believe they can pet sit or have someone pet sit for them. To have a law on the books that says that’s illegal is antiquated and not practical.”

Chad Bacon, 29, became a dog-sitter through Rover and has earned enough to make it his full-time job:

“The laws are antiquated,” said Chad Bacon, 29, a dog sitter in Greenpoint, Brooklyn, with the app Rover. “If you’re qualified and able to provide a service, I don’t think you should be penalized.”

“I was looking at it as a way to pay bills in the meantime,” he said. “It’s become a full-time job.”

Cheryl Smart, 30, told the publication that she felt “nervous” about using Rover at first, but she “checked out the sitter’s home in advance.” She liked it and so did her dog:

“It’s up to the owner to go and make sure that it’s safe,” she said. “The moment you hand the leash over to someone else, that’s a responsibility, that’s your choice as a pet owner.”

1. providing revenue to the agency

Yet, they keep coming. NYC population in UP!

Heck, they don’t even require that for “baby sitters!”

Pretty sure teenagers baby-sitting without a license will be outlawed next. At least on the Left and Far-Left Coasts.

The bill was written by San Francisco Democrat Tom Ammiano who due to his sexual orientation probably has no idea whatsoever of the challenges of raising a family or of the cost involved.

His “sexual orientation” says exactly nothing about “whether he has any idea whatsoever of the challenges of raising a family”.

You also need basic class in civics. Introducing a bill is not the same as passing a law. A recent Wisconsin Senate bill wished to require the Child Abuse and Neglect Prevention Board to “emphasize” that single parenthood us a contributing factor in child abuse and neglect.” I will save my outrage for when the bill becomes LAW.

Let’s not even get into all the TRAP laws designed to inhibit access to abortion using dubious claims about protecting the health of the woman.

Saving your outrage about the open barn doors until the horses are far afield seems short sighted to me.

What are the requirements to be Mayor?

notamemberofanyorganizedpolicital in reply to Anchovy. | July 20, 2017 at 6:44 pm

Bet you don’t have to have a license, or rabies shots papers….

About the same as the requirements to be President. Lifetime grifters can and have been elected to both offices

You need a license to pump gas in NY state.

Arizona requires a license to be a funeral attendant, e.g. Usher people in and put flowers on the casket. Arizona is one of the worst. Take that, Barry AuH20.

It’s not just blue states. It’s not just some jobs … it’s 100+ jobs in every single state that are low-income blue collar jobs being strangled to death in regulations.

RINOs love this crap too.

Why is the economy stuck in low gear? I dunno, but Washington and state capitols think more regs and interventions will fix it.

They are dead wrong but incorrigible. Because it benefits them.

Lefties like the Nanny State. And they come any more NS-ish than NYC.

So what are they coming about?

Oh, I know. All imposed regs and fees are to be imposed on their targets (that’s you and me), never them. See them howl when, like here, they become targets.

Two thumbs down for this… why?
Seems like a perfectly reasonable compromise to me.
As Milhouse states, there is a point at which this impacts neighbors. I certainly don’t want 10 rotating, barking dogs next door to me. Same thing with screaming children.

I think such situations are better handled via zoning ordinances rather than licensing. Licensing is all about the money, period.

There are already laws about how many animals you can have on your property in most cities and suburbs. Also, pet sitters from places like Rover are rarely, if ever, pet hosts. They go to their clients’ homes. We’ve never had a pet setter take our dogs or cats to their place, that’s ridiculous.

Not in NYC there aren’t. And the law we’re discussing says “board”. By definition that means in the sitter’s premises.

My father died a few months short of 90 years of age three years ago. Among his prized possessions was his Newsboy License issued by the City of Boston from the late 1920’s-early 1930’s. The City of Boston required that you be licensed and the school aged to be attending school to sell newspapers on the corner. The license was a circular pin-on badge containing the seller’s license number that was worn on an outer garment.

They did this to themselves by voting for one-party liberal rulers all the time. I honestly don’t give a damn, hopefully they will tax dogs as well…

Some people don’t mind that their once quiet floor in their apartment building is forever changed by the guy down the hall that was making so much money from the Uber like Pet product that he now takes care of upwards of Two Dozen Dogs that need to be walked at all hours of the day and night(cited in one of the many articles spawned by the retaliatory PR campaign by the Uber like Pet Sitter App). Other people are quite disturbed by the fact that ‘SOME PEOPLE’ are running an actual kennel out of a residence with no regard for the pursuit of happiness of their neighbors. Gee I would love to have a few people in my residential building sitting a few dozen dogs and have the chance to share the buildings tiny elevator with their business enterprise.