Meets Moshe Holtzberg and Sandra Solomon, the Indian nanny who saved his life. 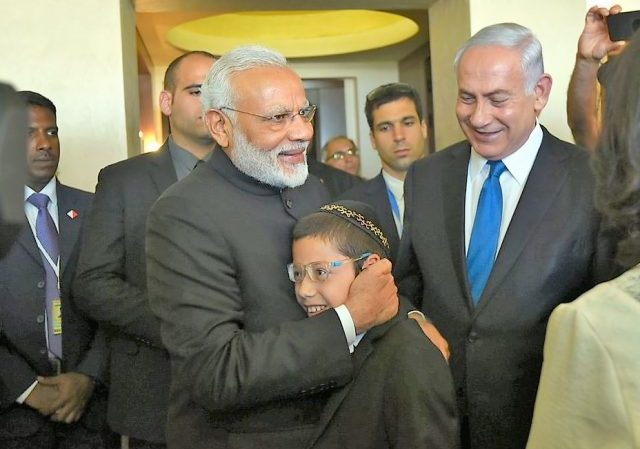 In late November 2008, 10 Pakistani terrorists launched one of the most brazen terrorist attacks ever, in the Indian city of Mumbai.

Sending teams of terrorists to multiple locations to effectively paralyze a city was a model that would be repeated, including in Paris 2015:

The horrific terrorist attack in Paris was likely modeled on an earlier terrorist horror, the November 26-29, 2008 attack in Mumbai, India, in which ten terrorists killed 164 and wounded more than 300. Mumbai has been studied by both terrorists and counter-terrorists because it set a gold standard for how a small group of suicidal fanatics can paralyze a major city, attract global attention, and terrorize a continent.

The Paris and Mumbai attacks both used small, well-armed bands of terrorists striking simultaneously and sequentially against multiple soft targets in an urban area. The Paris attackers added suicide vests to increase the carnage. In Mumbai, all but one fought to the death as ordered by the plot’s masterminds. The Mumbai attackers used cell phones to communicate with their bosses in Pakistan, who gave them instructions as they carried out their gruesome operation. So far, that level of sophistication and command and control seems missing in Paris.

The attack in Mumbai was the work of Lashkar-e Taiba (LET), or ‘the Army of the Pure.’ It was supported by the Pakistani intelligence service ISI and al-Qaida. The planning took over three years. The targets were carefully studied and examined in advance.

While comparisons always are difficult, the Mumbai attack was to India the shock to the system that the 9-11 attacks were to the U.S. 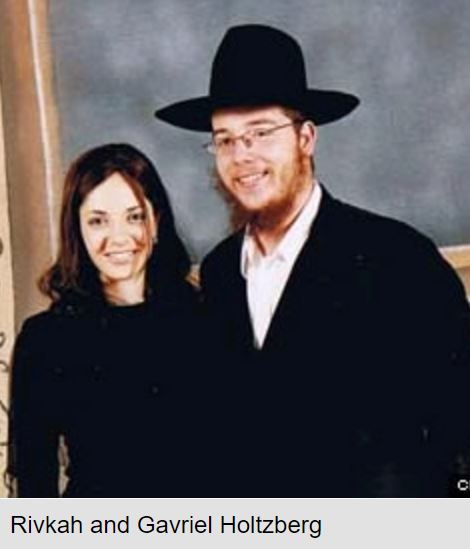 [Image via Chabad]
This Indian NDTV documentary relates what happened:

The Chabad website relates what happened, and how the Holtzberg’s young son was rescued by his Indian Nanny:

By the time Thursday morning dawned in India, a rapid-response team from the Indian military had staked out the area around Nariman House. By then, television cameras were continuously streaming footage from outside the house.

Miraculously, early Thursday morning, the Holtzbergs’ 2-year-old child, Moshe, was saved by his Indian nanny, Sandra Samuel. Sandra had been on the first floor when the terrorists stormed in. She barricaded herself in a storage closet together with another employee until Thursday morning, when there was a lull in the shootings. It was only then that she heard little Moshe crying.

Instead of running out to save herself, she went upstairs for Moshe. According to the nanny, she found Moshe near his unconscious parents on the fourth floor (his bedroom was on the fifth floor, where Sandra had put him to sleep before the attack began), grabbed him, and ran out, as did the other employee. The boy was unharmed but wearing blood-stained pants. 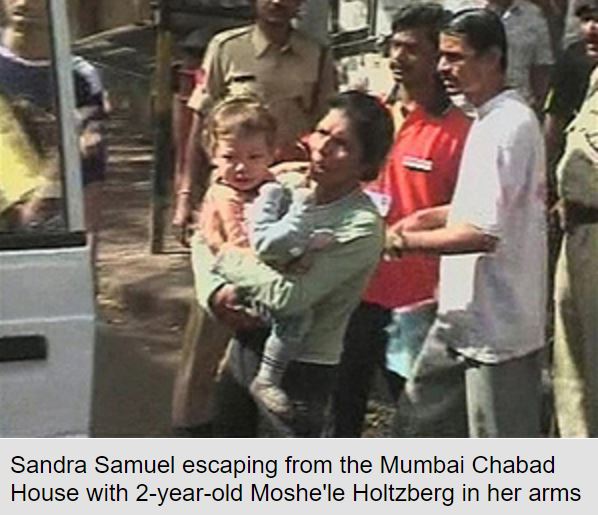 Sandra would accompany Moshe back to Israel, where she was granted honorary citizenship, and where she still lives, spending weekends with Moshe.

Prime Minister Narendra Modi on Wednesday met Moshe Holtzberg, the Israeli child who was just two years old when he lost his parents in the 2008 Mumbai terror attack.

PM Modi’s decision to meet Moshe, now 11, along with his grandparents was an emotional moment for the family.

“Dear Mr Modi, I love you and your people in India,” Moshe said when he met the Indian Prime Minister for the first time today.
The Prime Minister also met Moshe’s Indian nanny Sandra Samuels, who managed to escape with him from the Nariman House which came under attack by Pakistan-based LeT terrorists, and his grandparents Shimon and Yehudit Rosenberg.

PM Modi assured Moshe that he can visit India at any time, for which he and his family will be given a long term visa.

Israeli PM Benjamin Netanyahu, who accepted PM Modi’s invitation to visit India earlier in the day, also had a surprise for the 11-year-old Moshe.

“Prime Minister Modi invited me to India. You’ll come with me to Mumbai,” Netanyahu told the delighted child.

Moshe was two when his parents Rivka and Gavriel Holtzberg, serving as emissaries of Chabad in Mumbai, were killed along with six others by terrorists at the Nariman House, also popularly known as Chabad House.

The Nariman House was one of the five places targeted by the terrorists, killing 166 people.

Moshe now lives in Afula, Israel, with his grandparents — Rabbi Shimon Rosenberg and his wife Yehudit Rosenberg. He now goes to a yeshiva (religious school). He is still very attached to his nanny Sandra who works in Jerusalem and joins the family over the weekends.

Israel honoured Sandra with an honorary citizenship in September 2010.

Before the meeting Modi, Moshe’s grandfather had said he wanted to do his grandson’s ‘bar mitvah’, a ceremony performed for Jewish boys at the age of 13 which Indian scholars in Israel compare with upnayana or the thread ceremony, in Mumbai for which he would invite Modi.

PM Modi tweeted out how this meeting was an “emotional moment” for him:

It was an emotional moment to meet young Moshe, his maternal & paternal grandparents and Ms Sandra Solomon, his nanny. pic.twitter.com/jI93JBSDp1

Nice to see this little boy doing well. May the Lord bless him, and his courageous nanny.

What a great tale of love and courage. I’d love to meet Sandra Soloman.

Barring that I would love to learn more about her. Sandra Samuel (or Samuels as it has been variously reported) is not a usual name for an Indian.

I have discovered that as what they considered an enemy, and as a disciple.

So what is it about this boy that has produced, seemingly, a young man on the cusp of grasping everything in his power for a better future that Palestinians can’t or won’t do?

Why, in spite of the trauma of losing his parents to muslim terrorist, is this child not growing up in a sea of hate looking to extract revenge on every muslim he can get to?

What is it about his culture that HASNT produced a mini-mass killer?

The wider thing in all this is that Israel – one of the smallest nations on earth, both in population and geography, though amazingly one of the most innovative and influential – is seeming to partner with the world’s second-most populous nation (and a nuclear power, at that)that is also richly innovative, intelligent and about to break out as a top world economic and military power.

Next, will be a military alliance between them, like NATO.