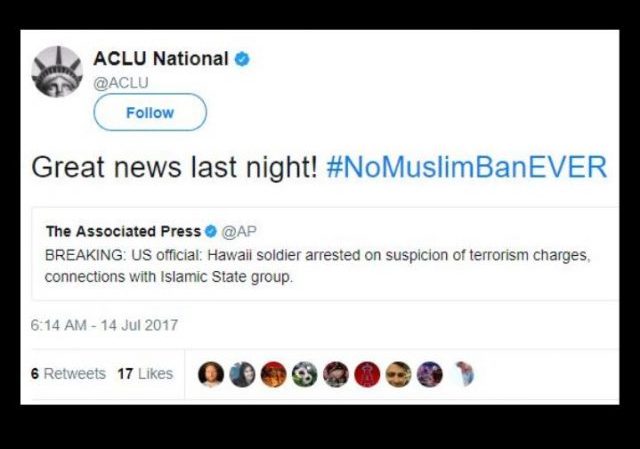 Late last night a federal judge in Hawaii issued an Order scaling back the Trump administration’s implementation of the Travel Order.

The judge disagreed with the Trump administration as to who would be considered a “close familial relationship” under the Supreme Court’s ruling. The Hawaii judge ruled that “grandparents, grandchildren, brothers-in-law, sisters-in-law, aunts, uncles, nieces, nephews, and cousins” would fall under that category, and thus be excluded from Travel Order bar to entry.

The ACLU celebrated early this morning with a *most unfortunate* tweet: 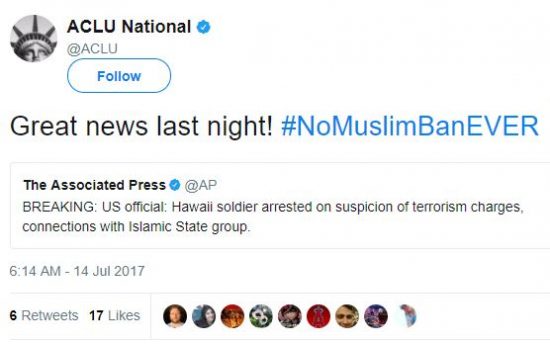 When someone called it to their attention, the ACLU noted the mistake.

Does a Freudian slip come with a matching Freudian bra and would he shower with the female soldiers?

The ACLU managed to put the whole muslim admission issue into context by mistake.

Hawaii has an army?