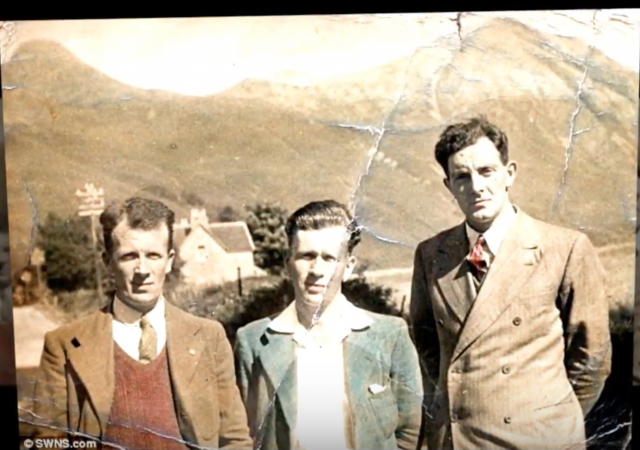 A great addition the World War II cinema is on its way.

They managed to escape weeks after their Argyll and Sutherland Highlanders regiment had surrendered to enemy forces.

They are already famous in their native Highland village of Ballachulish but will now appear in the Second World War film The Darkest Hour.

After initially escaping the trio were captured by the Germans again at a checkpoint and taken to a prisoner of war camp.

But they used their native Gaelic which confused the Germans and the Scots were able to convince their captors they were actually from the Soviet Union,

In his memoir, Private Kemp said: “In the morning we were brought before the German commander, whose first action was to point his revolver at each of us in turn.

“We took this to be a warning to speak the truth or take the consequences. A French officer, acting as an interpreter, asked us to state our nationality.

“I replied in Gaelic: ‘I do not know’. When he asked what country we were from, I then said: ‘Ardnamurchan’.”

The Scots were released and made their way through occupied France to Spain, where they discovered a British consulate and boarded a vessel.

Once out of Spanish territorial waters, they transferred to a British warship and returned to Scotland.

News of the soldiers’ escape spread and German forces, angered by being made to look stupid by the Scots, were said to have sent any Gaelic speakers straight to labour camps as punishment.