Most beloved character from Animal House. 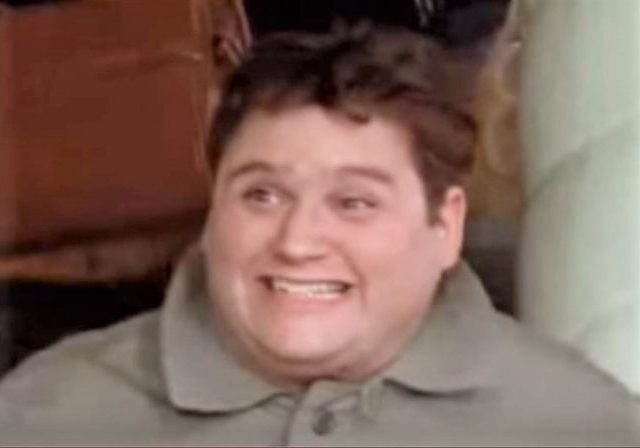 Stephen Furst, the actor who played the hapless, beanie-wearing frat boy Flounder in the 1978 movie “Animal House,” has died at age 63, his son, Nathan Furst, told CNN on Saturday.

“It was from complications from diabetes,” Nathan Furst said. “Over the last several years it was getting worse a little bit. Sort of the typical things that tend to happen when you have diabetes a long time.”

Furst appeared on TV in “St. Elsewhere” and “Babylon 5,” but he was best remembered for his role as the innocent freshman Kent Dorfman in “National Lampoon’s Animal House,” which ushered in a brand of raunchy comedy.

Animal House came out when I was in college. It’s hard to overstate the impact — It was one of those movies that just seemed to capture so much. I can’t even count how many times I’ve used a line from Animal House in some other context.

Flounder was perhaps the most beloved of the characters.

“You F-d Up, You Trusted Us” and “My Advice to You, Start Drinking Heavily”

“Fat Drunk and Stupid Is No Way To Go Through Life”

And of course, during the ending chaos

But as a college student, this by far was the most memorable

Back in the 60s and 70s, college was a place to actually get an education (if you were in a “real” major) and have fun. Now, it appears to be a place of the left’s indoctrination and hate and control.

This movie was great as Flounder and the other characters were people we all knew and had fun with. What great chemistry that cast had and how real they were.

Thank you Stephen Furst for what you gave to me.

This is my favorite moment.

He will also be remembered as Vir from Babylon 5:

This is the character I remember.

You beat me to it! I was going to post that, but instead I’ll post the follow-up:
https://www.youtube.com/watch?v=47DfQcHMYLY

I remember Furst from “Saint Elsewhere”. (Am I the only person who loved the ending of that show?) But Vir was his best character. Timid, with seemingly endless patience, but he had his limits for BS and could do the needful when necessary.

Some actors can fill a part with life… so many of them have past away that were part of Bab 5. Film allows us to not only freeze time but roll it back… for some replaying Animal House right now will be great… for me…. Bab 5 is on the schedule for today.

That little finger roll wave to Mr. Mordin’s head on a spike… and a whole lot more….

This man was a true thespian, not a “celebrity” in today’s light. You probably would never have recognized him on the street, but if you have watched Animal House or TV in the past 30 years you would know a character of his.

In the end, Flounder proved to have more balls than everyone in the GOPe combined.