“How progressive activists, under the guise of “transparency,” are ruining the lives of many good Americans” 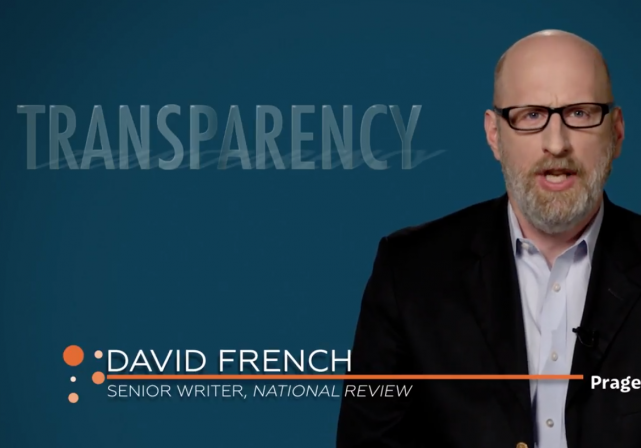 Progressives utilize several seemingly well-meaning expectations and mantras that ultimately chip away at individual liberty in the name of state oversight. “Transparency” sounds harmless enough, but is it?

When you hear the word “transparency,” what comes to mind? Maybe words like openness, honesty, and clarity—but that’s not what “transparency” means to progressives. To them it means, “Exposing, shaming, and (hopefully) ruining the careers and income of people who support conservative causes.” In our new video, David French of National Review shows why we should fight for transparency in government, but fight the left when they demand transparency just about anywhere else.