Illinois Lottery May Not Survive if State Cannot Pass a Budget

Illinois Lottery May Not Survive if State Cannot Pass a Budget 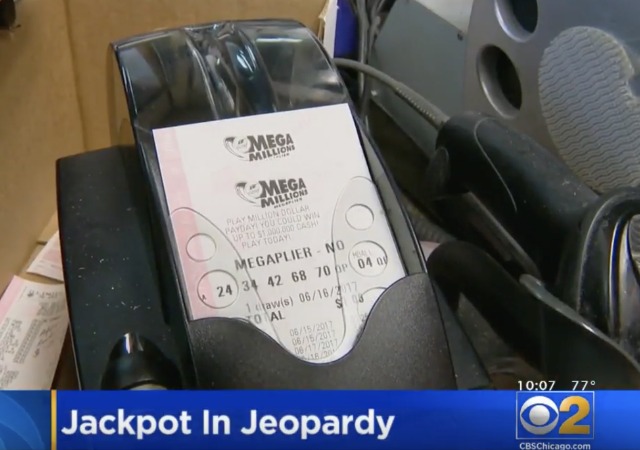 The Illinois lottery may become a victim of the bankrupt state if lawmakers cannot agree and pass a budget. In a last ditch effort, the lawmakers have started a special session on Wednesday that can last for 10 days. From Fox News:

The state lotto requires a payment from the legislature each year. The current appropriation expires June 30, meaning no authority to pay prizes. In anticipation of a budget deadlock, the state already is planning to halt Powerball and Mega Millions sales.

“It is disappointing that the legislature’s inability to pass a budget has led to this development and will result in Illinois lottery players being denied the opportunity to play these popular games,” Illinois Lottery Acting Director Greg Smith told Fox News.

The Illinois comptroller announced last week that the “office would be paying out 100 percent of Illinois’ monthly revenue.” This means the office does not have money for “discretionary spending.”

Without the budget the Powerball could end after June 28 and Mega Millions after June 30. From The Chicago Tribune:

Apparently, the two groups have been eyeing the fiscal condition of Illinois since 2015. To be part of the Powerball and Mega Millions consortiums, states kick in a portion of their games’ revenues to cover those impressive rollovers.

Forty-four states offer both Powerball and Mega Millions games. Illinois would be the first to get booted for being financially unstable. Without a budget, the state can’t write a check to cover its share. Sort of like paying to play.

Without the lottery, Illinois stands to lose “$99 million in Mega Millions ticket sales and $208 million in Powerball sales.” The loss also affects small business owners since the majority of people buy lottery tickets at liquor stores and mini-marts.

Earlier this month, Illinois lawmakers could not pass a budget, which led S&P to downgrade the state’s rating to one step above junk.

Illinois remains $14 billion in debt and owes $130 billion in pensions.

Only the Dems in Illinois could screw up a program that provides no-risk, no-effort, net revenue to the state. Next thing we’ll hear is that the US Mint has gone bankrupt.

Anybody with a single dollar of Illinois bonds in their portfolio is not paying attention.

That’s strange. I was in college in 1973, when the Illinois lottery started. I seem to remember one of the main selling points to sway people opposed to gambling, was that the lottery would raise millions of dollars to be spent on education every year. Now five colleges are near bankrupt, and local schools don’t have money to run school buses.

BTW, I went to a store and bought 1 ticket for the first drawing ($1 million prize IIRC) for 50 cents. I didn’t win, so I’ve never bought another one. 😀

I believe only New Mexico actually uses the lottery money as it was intended, exclusively as an add on budgetary source for education.

Perhaps next they should cut all funding for whatever state agency is in charge of collecting taxes… tax-collecting is always unpopular, so there shouldn’t be any political blow-back from that, right?

I have never bought a lottery ticket. They are a tax on the poor. They used to be run by Crime Syndicates. Sadly, they still are.

It is morally wrong to let a sucker keep his money — attributed to P T Barnum. You would think that they would learn that there is no free lunch … but I guess not

I think rather that it’s a tax on the stupid.

notamemberofanyorganizedpolicital in reply to Coloradoopenrange. | June 21, 2017 at 2:18 pm

And it’s a REGRESSIVE TAX on the poor – to boot!

Illinois and Puerto Rico seem to have much in common these days. Not the weather. Let Illinois give up State status and become a territory like PR. When and if they get their finances squared away by LEGAL book keeping, then let them petition to return to statehood. Oh and her voters need to be treated like those of a territory until.

Being the Illinois lottery will no longer be paying-out prizes, tickets will now be sold at half-price.

I think people are misunderstanding the issue. The problem is not that they somehow managed to lose money on the lottery, or that they don’t have the money to make the payments. The lottery is a guaranteed profit-maker, so they have the money. The issue is that without an appropriation they have no legal authority to spend it. The money is sitting there but they can’t make payments. To do so would violate one of our most sacred constitutional principles. And the Democrats refuse to pass a special appropriation for it, as they do for “essential” spending like welfare. Instead they hold it hostage to get the governor’s signature on whatever profligate budget they would pass.

The whole “budget impasse” is basically a staring contest between Rauner (the governor) and Madigan (the head crook in Illinois government). Rauner wants to clean things up; Madigan wants to tax everything in sight and of course never proposes slashing spending. This has been going on for 3 years, give or take. People are fleeing the state, so Madigan’s genius leads him to propose raising the income tax, raising property taxes, and more. Madigan never met a tax he didn’t like. It’s an especially cozy arrangement for Madigan, because when property taxes go up (as they always do), people with $$$ can come to him and he’ll “take care of his own” by appealing the assessment and getting them lower property taxes. See how that works? Win-win: Madigan gets more $$$ through his business, his own constituents love him because he fixes things for them, he keeps all the other Illinois Dems in line and they can continue to screw over everyday Illinoisans.

Don’t say “you get the government you vote for,” because the Machine makes sure the only way he’ll get out of office is feet first. He is hated by large swaths of the population, but with his iron grip on state politics he is harder to get rid of than lice or bedbugs or some unconquerable STD or any other nasty plague that you can think of. Illinois continues to swirl down the toilet, but Madigan doesn’t care, as long as he’s top dog in his own petty little fiefdom.

Milhouse, this might be like the apocryphal story of the IRS taking over a brothel in Nevada and going broke; leading to the saying that “only the government could lose money selling pussy and whiskey.”

So if the Illinois lottery doesn’t pay off the winners, doesn’t that constitute a breech of contract and the winners can start seizing state property or throwing a lien against it? (I’d LOVE to see this one in court.)

The WI boarder gas stations are gonna love this situation.

As will the stores in Indiana.

30 years ago, I knew Hoosiers who would pool their money and a driver would make a weekly run to Illinois for Lotto tickets. Or truckers would pick them up on their way through.

Then, Evan Bayh pushed the lottery here and promised all sorts of wonderful things they would do with the money. (which never materialized)

the problem IL has is; as the money from the lottery went up the state’s contribution to education went down, in other words they diverted the edu money.

Geez, the government can’t even operate a numbers running racket without losing money. At least the mafia can be trusted to make book.

That is why government is a non-profit organization. It’s incompetence and corruption that hurt society, not profit.

They are not losing money on the lottery. See my earlier comment.

Yes they are. Why would they shut down a cash gusher? Because the claims against the cash exceed the amount being collected. That is called “losing money”.

Bullsh*t. I explained earlier, but you either didn’t bother reading it or you’re too stupid to understand it. The claims do not exceed the cash generated. By definition, they can’t. Claims are defined as a percentage of the takings. The money to pay claimants is in the bank, and they are paying on schedule, but as of July 1st they won’t be able to make the payments for one and only one reason: the legislature has not appropriated the money.

Governments cannot spend money without an appropriation. That is perhaps the most fundamental constitutional principle we have. And the appropriation for paying lottery winners runs out on the 30th. If the legislature doesn’t pass a new one it won’t matter how much money the lottery brings in, none will be able to go out. It really is as simple as that.

The legislature could easily solve this by passing a special appropriation, but it refuses to do so in order to put pressure on the governor. The governor could solve it by caving in to the legislature’s extremely unreasonable demands, but so far he is wisely sticking to his guns, because whatever damage is done by shutting down the lottery will pale next to the damage the legislature’s budget proposals would do.

Geez, you don’t need a microscope and a team of zoologists to tell you that what you are looking at is an elephant. It’s an elephant! The more you argue, the more complicated your reasoning gets. Doesn’t that tell you something?

I’ve already explained it twice, you moron. What is it that you are not getting? The appropriation runs out on the 30th. If there’s not a new one by then, they will have to stop payments. If they can’t make payments they can’t run a lottery. What part of that is not penetrating the pumice you call a brain? What part of that leads you to the absurd conclusion that the lottery is not extremely profitable?

Once again, the lottery is making money hand over fist. Shutting it down will lose money. NOBODY BUT YOU thinks that they’re shutting it down to save money. The only reason they may have to shut it down is if the legislature doesn’t pass an appropriation.

“It is not from the benevolence of the butcher, the brewer, or the baker that we expect our dinner, but from their regard to their own interest.” — Adam Smith

Yet even those who have not read Adam Smith understand that vendors must extol the benefits to the buyer (and not the seller’s “regard to their own interest). Even when it’s transparently obvious that the vendor is thinking of nothing else.

Lotteries are a tax on people with poor math skills.

It doesn’t matter how much money a state’s lottery makes when they’ve spent in advance vast sums on state and local employee retirement guarantees. Previous Illinois politicians knew the day of bankruptcy would come, just not during *their* terms in office.

I’ve have no idea, but I’ll bet $5 that these past Illinois office holders wrote something in that protects *their* pensions over those of rank and file Illinois government retirees.

An aside, how much do you think the taxpayers pay out in Medicaid to Illinois for treatment of gunshot wounds?

“It’s not whether you win or lose; it’s where you place the blame.”