“I laughed out loud (then ordered pizza) after reading your application” 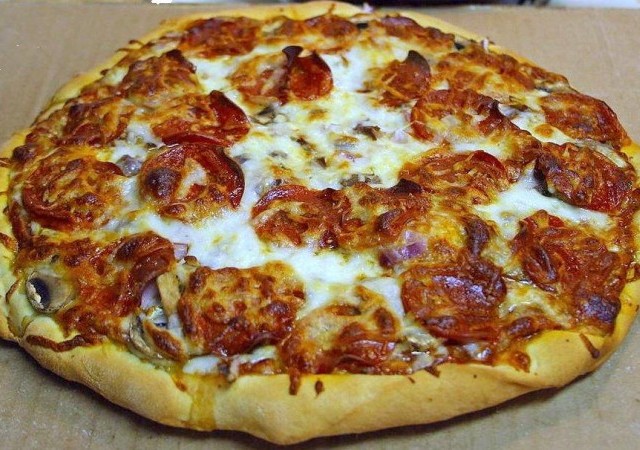 College essays sure have changed over the years. Lots of people love pizza but who knew writing about it could get you into Yale?

From GMA via Yahoo News:

Carolina Williams, of Brentwood, Tennessee, said it was “surreal” when she found out in March she was accepted at Yale University.

Even more bewildering for the high school student was when a few weeks later, Williams received notes from the Ivy League university’s admissions team that singled out an application essay she wrote about her love for Papa John’s pizza.

“It really tickled me that they specifically commented on that one because there were a ton of essays,” Williams, who wrote nearly 10 essays for her Yale application alone, told ABC News. “I think it stood out because it was just very genuine and reflective of me and it was kind of taking a risk, I guess.”

Williams wrote about ordering Papa John’s pizza in reply to a 200-words or less essay prompt to write about what you love to do.

“I love to order pizza from Papa John’s so much. I do it like once a week,” she said. “That was my first thought when I saw that prompt.”

Putting aside worries her essay topic would seem “silly,” Williams wrote about how ordering from the pizza chain gave her independence as a child and was used as both a source of consolation and celebration as she grew up.

“As a fellow lover of pizza, I laughed out loud (then ordered pizza) after reading your application,” read one note to Williams from Yale’s admissions team, while another read, “I laughed so hard on your pizza essay. I kept thinking that you are the kind of person that I would love to be best friends with.”

When the essay hits your eye like a big pizza pie….

Would you like an order of cheesy bread sticks with that?

A college degree sure ain’t what it used to be. And stupidity like this is part of the reason why.

This makes perfect sense to me. I read a summary of her essay and it was rather good, not so much about pizza as the manner in which a simple decision as ordering a comfort food can settle one.
After reading thousands of essays by students bragging what great Social Justice Warriors they all are, this must have been the height of creativity. As good as expecting an essay on volunteer work and instead reading an essay on the relationship between iridium and near asteroidal bodies.

Did you know that there is a book called the “Thermodynamics of Pizza”. I bought it for the cover, but it was an interesting read.

That’s ok, her education will be cheesy too.