Geert Wilders Under Investigation for Statements About Islam

Geert Wilders Under Investigation for Statements About Islam 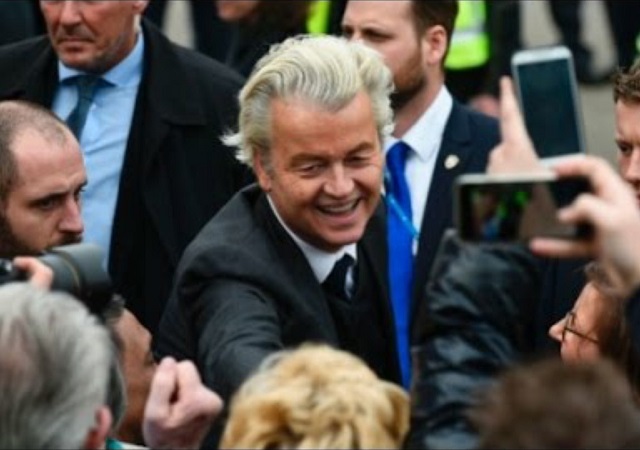 Austria has transferred a complaint to the Netherlands against Dutch politician Geert Wilders for comments Wilders made about Islam.  The original complaint was filed in Austria by a Muslim group who heard Wilders’  2015 speech in Vienna.

The Dutch prosecution service is investigating statements on Islam by far-right politician Geert Wilders following an official request from Austria, reports the AD on Friday.

Austria has requested that the Dutch government pursue a complaint on comments made by Wilders during a 2015 speech in Vienna, calling Islam an ‘ideology of war and hatred.’ He also said, reports the AD, that: ‘Islam calls people to be terrorists: the Koran leaves no doubt about it.’

A Muslim organisation in Vienna had reported the speech to Austrian police in 2015, sparking an investigation there. Now, spokesperson Nina Bussek reportedly told the AD, they have decided not to pursue the complaint but to ‘transfer it to colleagues in the Netherlands.

The OM prosecution service in The Hague has confirmed that it has taken on the case to several newspapers on Friday. Wilders was accused of ‘verhetzung’, a crime similar to rioting and for which several Viennese politicians have received suspended sentences, under stricter Austrian law.

In 2011, Wilders was acquitted of inciting violence against Muslims for comments he made about Islam.

So, in the EU it’s a crime to tell the simple truth? Geert Wilders has been castigated for years now for the “offense” of speaking the Truth about the contents of the Qu’ran; he understands the Principle of Abrogation and the fact that it completely invalidates every single “peaceful” Sura! He has been under 24/7/365 protection since a fatwa was issued for his death nearly a decade ago.

The restrictions on free speech, and on criticism of religions, in Europe are disastrous. We should be vigilant in protecting free speech here. People may very well disagree with my (Christian) religion, but they need to be free to say whatever they want about it, and non-Muslims need to be free to say what they think about Islam. If Muslims cannot accept that, they don’t belong here.