Florida: Sheriff Urges Citizens to Arm Up and Prepare for Terror Attacks

Florida: Sheriff Urges Citizens to Arm Up and Prepare for Terror Attacks

It’s not if, it’s when . . . and how well-prepared you are determines whether you live or die 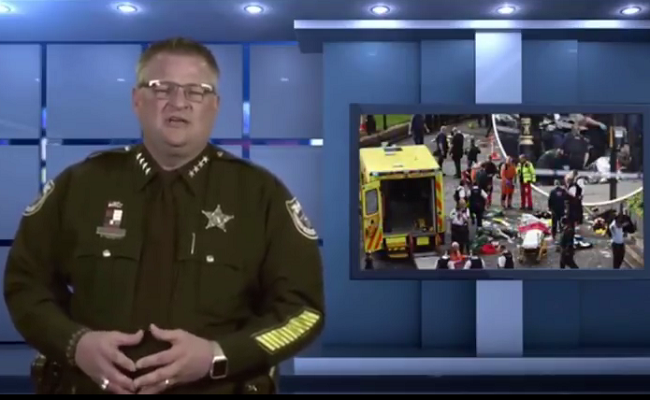 A self-proclaimed politically-incorrect Florida Sheriff tells citizens to wise up, arm up, and prepare for terror attacks.

Among his well-considered advice: if you have a carry permit, carry at all times; practice shooting and safe gun practices; fight back.

Sheriff Ivey accurately notes that a terror attack on U. S. soil is not a matter of “if,” it’s a matter of when.  He notes that while the police will be on the way immediately, they cannot be everywhere at once.

Ivey’s advice:  Protect yourself, neutralize the enemy, and be triumphant in the face of terror.

If you’re not in the shower you should be armed. And you should always have at least one reload; two is better. Remember, “When seconds count, the police are only minutes away!”

It’s time to recreate the Militia where every member carrys concealed ready to deal with the next mass murdering Muslim or Democrat.