Dolce & Gabbana Trolls Those Who Boycotted the Company Over Melania Trump

Dolce & Gabbana Trolls Those Who Boycotted the Company Over Melania Trump 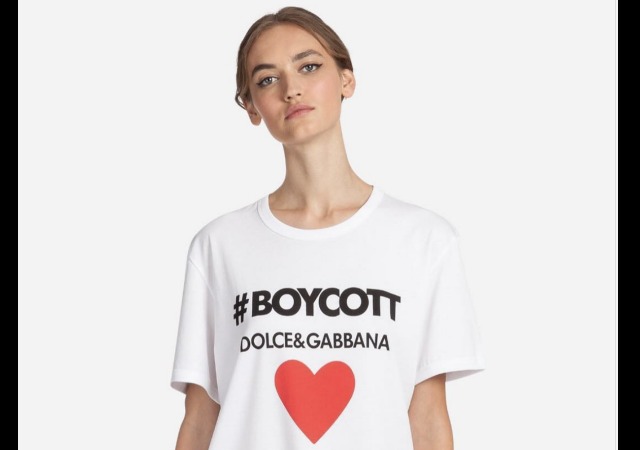 Dolce and Gabbana is making fun of people who boycotted their clothing after the fashion company dressed Melania Trump for her official White House portrait.

The company is selling T-shirts for $245 a piece that read #BOYCOTT DOLCE & GABBANA.

The shirts are listed on Dolce and Gabbana’s website alongside a short ad of Italian protesters wearing the shirts during a demonstration against the company.

Domenico Dolce and Stefano Gabbana are among the protesters.

The #BoycottDolceGabbana t-shirt is now on our online store. Link in Bio. #DGWomen

The thin line between crazy and genius. Certainly, this is on the genius side.

All they need now is someone who knows the word “apiece”.