“worst May fundraising since 2003” 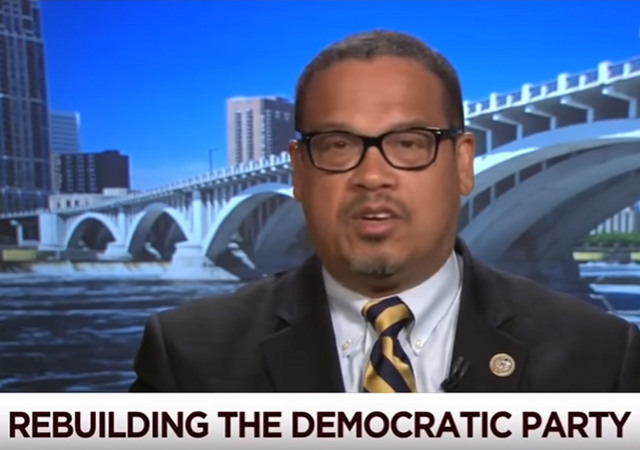 The Democratic National Committee hit a record low for fundraising in April and the news got no better in May.

After Democrat donors pumped a massive amount of cash into the Georgia runoff election this month, the party as a whole is hurting financially.

Democrats had the worst May fundraising since 2003

The Democratic National Committee raised nearly $4.3 million in May, making it the organization’s worst May on record for fundraising since 2003, according to newly released Federal Election Commission data.

In May 2003, the Democratic group pulled in $2.7 million. Although 2017 is an off-year for fundraising, the DNC has raised between $4.5 million and $20 million every May in the nearly decade and a half since then.

The low number follows another rough fundraising month in April, in which the group hauled in $4.7 million, making it the worst April of fundraising since 2009.

DNC Chairman Tom Perez has said he intends to double the organization’s budget from $50 million to $100 million this year, a change that will prove difficult if donations continue to remain below average.

Deputy DNC Chair Keith Ellison was asked about this recently on MSNBC:

On a related note, a significant portion of the money raised by the DNC in May came directly from Bernie Sanders.

Sen. Bernie Sanders, who clashed with the Democratic National Committee during his 2016 presidential campaign and continues to criticize the party, gave $100,000 to the DNC in May to help cover costs from his cross-country spring tour with DNC Chairman Tom Perez.

Sanders and Perez embarked on the nine-state “unity tour” earlier this year after Sanders’ endorsed candidate, Rep. Keith Ellison — who supported Sanders in the 2016 presidential race — lost the race for DNC chairman to Perez. Sanders moved the money from his presidential campaign account to the DNC to help pay for the tour, according to campaign finance records and Sanders spokesman Josh Miller-Lewis.

The rare transfer of money from Sanders to the national Democratic Party comes after the unity tour and addition of Ellison as a “deputy chair” at the DNC, two changes that could signal a thaw in a high-profile, often-icy relationship.

The Republican National Committee had a much better month.

Today, Republican National Committee (RNC) Chairwoman Ronna McDaniel and Finance Chairman Steve Wynn announced the RNC raised $10.8 million in May, a new post-presidential record, and $61.9 million overall in 2017. “Our fundraising success wouldn’t be possible without the support of our network of loyal grassroots donors across the country and bold leadership from President Trump and Congressional Republicans,” said Chairwoman McDaniel.

Our story now turns to the light bulb going on in Keith Ellison’s head, “Hey, I’ve got an idea. What we need is more Muslims. Yeah, that’s it. More Muslims in the Democrat Party. And more Muslims in America. That’ll turn our fortunes around. Everyone loves Muslims, don’t they?”

And they say a fool and his money are soon parted… though they did display the foolishness with the Georgia special election which was for a House seat, a seat that wouldn’t move the bar of power, to a man who – to me – came off as a nut.

“Our fundraising success wouldn’t be possible without the support of our network of loyal grassroots donors across the country and bold leadership from … Congressional Republicans,” said Chairwoman McDaniel.

Bold anything from Congressional Republicans? That’s about as believable as saying the money all came from a pot of Leprechaun gold.

Perhaps the ‘b’ in bold was a mistake?

In other news, I’ve noticed that the site troll yellowsnake (probably the same guy that uses some other names, too) hasn’t had the heart to show his rhetorical face on the interwebs ever since Ossoff lost. heh.

I’ve also noted that another longtime cantankerous poster appears to have dropped out of the discussion for good. Well, the never trumpers painted themselves into a corner, and they’re all discovering just how small that corner they’re in has become.

I noticed that as well. It’s been quite pleasant.
Also, I may have accidentally down voted you while hitting reply. Sorry about that

The new face of the Democratic party…

The thinking here seems to be that shouting “Alarm, alarm- Trump!!!” will open wallets.

But just as no one wants to be the last to die in a lost-cause war, few wish to donate to losing political candidates, or parties.

Have the new Democrats learned nothing from the Clintons? Donations only flow if there is a perceived ROI for the donor. Dems are squandering what real influence they have left in favor of tinfoil hat behavior that shows no signs of slowing anytime soon. Donna Brazile may be in charge, but they apparently aren’t listening to her. Diminishing influence equals a diminishing treasury.

notamemberofanyorganizedpolicital in reply to Merlin. | June 22, 2017 at 3:18 pm

Isn’t that kinda like putting Bill Clinton in charge of a girl’s dormitory?

Dang, it sounds bad for the Dimocrats! They need to realize their dream of socialism in this country, so they can get their hands on everyone’s money, not just their donors.

notamemberofanyorganizedpolicital in reply to rinardman. | June 22, 2017 at 3:20 pm

Well I keep asking those Democrats to give me all their money.

But they just turn tail and run.

Perez and Ellsion are the best things that ever happened to the Republican Party. Except for Nancy Pelosi and Harry Reid…

Gee, I wonder why it’s hard to fund raise from the people the Dem party campaigns toward year in and year out.